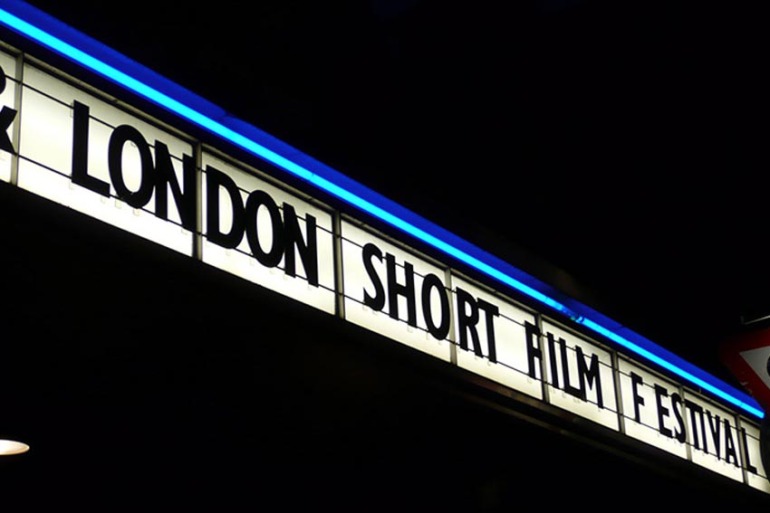 The 9th London Short Film Festival was an interesting experience; neither of us have ever been to see short films on screen before. We went to two events at the festival: New Shorts #1: Funny Shit and New Shorts #3: F***ed Up Love. The shorts were over 90 minutes of pure laughs and tears for each event. We saw 23 short films.

The first of these was ‘Funny Shit’ which included shorts starring Michael Fassbender and Liam Cunningham (Pitch Black Heist). These shorts, although slightly strange, were entertaining and original. It can be said that these films were different to your average short story.

The winner of the LSFF best comedy short  ‘All Consuming Love (Man in a Cat)’ directed by Louis Hudson, was the most bizarre, yet funny, thing we have ever seen. It is a 9 minute animation showing the existence of a little man living inside a cat, as well as the hardships of his life.

‘Pitch Black Heist’ by John Maclean, a black and white film, told the story of two thieves planning to rob a bank. Along the way we learn small details about their lives. It is obvious that there is more to their story to meet the eye and it would be interesting to see a feature-length version of this tale.

The second day was the screening of F***ed up love. These films told different stories altogether of the first night. It caused us to feel sadness and to experience the fear of rejection. The characters in these shorts suffer a great deal of pain and the complexity of human relationships.

‘Where There’s Smoke’ directed by Andrew Brand tells the heartbreaking story of a man’s problem to deal with his infertility and the problems it causes with his wife. The lead characters performances, in our opinion, were impeccable.

‘Kiss’ was another devastating story of a man who picks up a prostitute but all he wants to do is to fall asleep, why? As we watch the events of his past life we are shocked to discover the truth to his sleepless nights. The film was directed by Mat Johns and caused us to cry when the turning point revealed the suffering of the main character.  It shocked the audience and made us slightly upset, a truly unforgettable and moving film.

We will definitely attend the 10th London Short Film Festival  and hopefully we would be able to take part in more than two events.

Here is the LSFF program:

New Shorts #1 Funny Shit Films to put a smile on your face.

New Shorts #2 Lo-Budget Mayhem  The best of our Lo-Budget selection.

New Shorts #3 Fucked Up Love Romance is in the air

New Shorts #6 Tales of the Unexpected Stories with a twist in the tale.

New Shorts #10 Not the Skin I Live In: Black & Asian Stories

New Shorts #11 The Architecture of Re-Assurance   Shorts that put architecture at the forefront.

New Shorts #21 Youth of TodayYoung life at its most raw.

New Shorts #22 Love & Happiness These dramas are a window on relationships.

New Shorts #23 A Window on the World

Two of the films that screened at this year’s 9th London Short Film Festival have been nominated for BAFTAs!