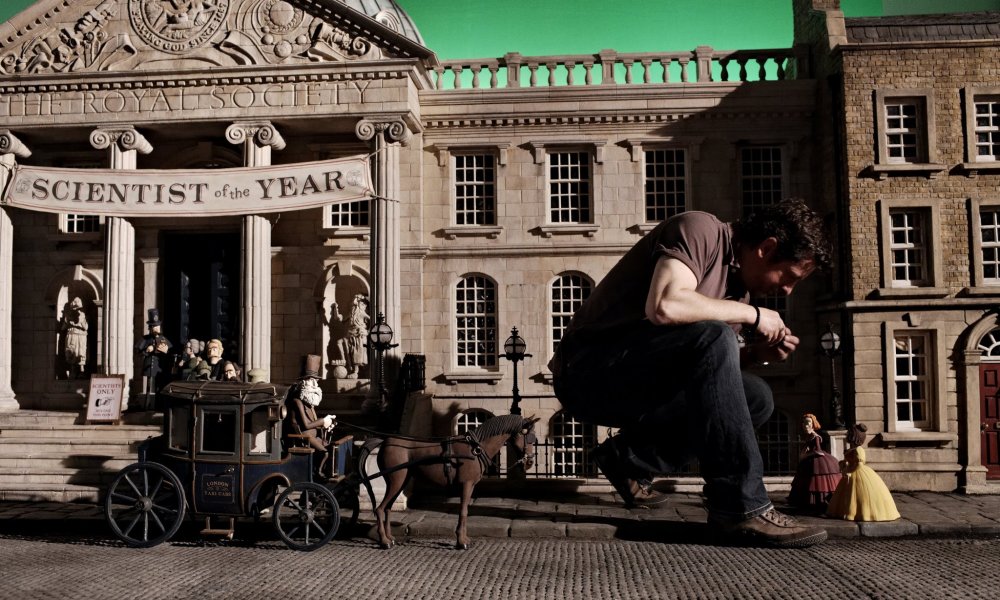 The Pirates! In An Adventure With Scientists Review

After the success of the Wallace and Gromit films Aardman animations have finally returned to the big screen with this entertaining take on Gideon Defoe’s book of the same name. The film tells the story of the Pirate Captain and his quest to be crowned pirate of the year. While attempting to steal more gold the pirates encounter Charles Darwin and his manpanzee Mr. Bobo who provides his own subtitles. Darwin convinces them to come with him to England after discovering they have a pet Dodo named Polly and tries to use this to win favour with Queen Victoria. Many problems and adventures ensue thereafter, thanks to the Queen who hates pirates.

Stock-motion animation is a long and difficult process, the credits alone revealed how many people worked on this project. The animators should be congratulated for this part as it is a wonderful feat. The script itself and characters are hilarious, they have their own rare qualities (take the pirate with the Blue Peter badge on his hat for example) and are voiced brilliantly by the a-list cast. The Pirate Captain is voiced by Hugh Grant, The Pirate with a scarf voiced by Martin Freeman and Charles Darwin voiced by David Tennant, to name a few.

The film has a wonderful feel to it and flows incredibly well, it left me wanting more once the credits began to roll. This film is definitely for both children and adults, there are jokes for both age ranges and this helps to make this film even more enjoyable. I feel that this film is better than the previous projects by Aardman animations as it is more entertaining (I know some won’t agree with me) and is a brilliant return to our cinema screens.

I would recommend this film to all viewers, if not for its artistic value then for its brilliant comedy and storyline. I really can’t wait for the next film in the series.