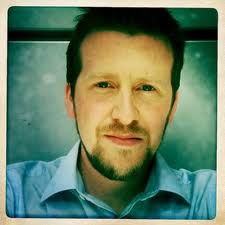 In Conversation with Andrew Brand

Maggie: I heard good news, you and your producer Zorana Piggott have been selected for iFeatures2 Summer Development Programme, could you tell me what iFeatures2 is all about?

Andrew Brand: Basically what happened was that iFeatures2 decided to open their doors to filmmakers from all regions this year, not only Bristol, like previously. The whole of the country supplied ideas. Me and Zorana had to put a 4 page outline together about what the film was about, a director’s statement, producer’s statement etc. It’s was quite a big document. They had around 360 people entered from which they did a long list of about 80, and then they shortlisted it down to originally 32,but they ended up with 40. We had to come up to London for an interview where we met the the execs from the BFI, BBC Films, iFeatures2, Creative England, filmmaker Nick Whitfield and a sale agent. We had to pitch our idea, what we think the characters do that sort of stuff. Afterwards we were lucky enough to be selected for the last 16.
Where we are at now is that iFeatures2 have investment a small amount of money into the filmmakers and their project so we can spend time developing the project further.We have a script editor and we were put on a 3 day intensive workshop in Sheffield with industry professionals. Talking about how to write treatments, how to pitch etc. It was a really intensive, around 12 hours a day. Now we have got 8 weeks left to deliver a 40 page document that outlines the new structure of the film and how its developed. Come September we have to re-pitch and then hopefully we make the last 8 which would take us into the Autumn Development Programme. From there they will pick 3 filmmakers.The last 3 will get £350,000 to make their film. It’s a great deal. And to be in a room with such fantastic people feels great.

Maggie: You are currently developing your first feature film, could you tell me more about your new project?

Andrew Brand: It’s a modern western called ‘Way Out East’, slightly different to anything you have seen before. At the moment it’s changing quite a bit  we had a big jump on how the story ‘s moved over the last few weeks.

Maggie: Who are you writing it with?

Andrew Brand: I am writing it as well. But I have been working very closely with Zorana, my producer. She has got a great understanding of the structure and feature. She’s produced 16 feature films and she runs her own production company 011 Productions. Going back to my feature, as I said, it’s a modern western about Beatrise, who comes from Latvia to the UK, she inherits her estranged father’s property in Norfolk. She comes over to the UK to sell the property. But the longer she spends with the property the more she gets emotionally attached to it, she decides to stay and look after the land. However, there is a local businessman who tries to get his hands on the property and develop his own business. Beatrise defends what’s, rightfully, hers. Her character is a very strong and driven one.

Maggie: You have directed 5 shorts, one of my favourite ones is ‘Things We Leave Behind’. How was it like working with Jonathan Phillips?

Andrew Brand: Jonny is great. I have known him for years. I met him on the short film ‘Soft’ (2007) by, a very good filmmaker and a friend of mine, Simon Ellis. I was an Assistant Director on Simon’s film. I think ‘Soft’ is, probably, one of the highest awarded short film in festivals. It won 38 international awards. It got nominated to BAFTA. The film is simply amazing.You really have to see it, it’s a very powerful one. So I met Jonny on ‘Soft’ . I was writing a script at the same time and I had him in my head when I was writing it. I wasn’t sure if I could use Jonny in my film. I thought ” Oh well Simon was working with him, I am not sure if I should ask Jonny about him being in my short” I decided to phone Simon and had a chat about my new project and, surprisingly, he suggested that I’d ask Jonny to be in my film. So I spoke to him about it and he agreed to do it. He came down to Suffolk and that’s when we started to shoot ‘Things We Leave Behind’. Jonny is very interesting to work with. He’s got a really brilliant understanding of pace and  keeping his emotions low. He brought a lot into the character he played. I have to say he is a very talented actor.

Maggie: Of other people shorts, is there any you wished you made  yourself?

Andrew Brand: Well that’s that the good question. There are many lovely shorts out there. And yes! there are actually two I wish I have made it myself. And it’s a documentary directed by Marc Isaacs called ‘Lift’ (2001). It’s about a guy who stood in a lift of a council block and just interviewed people as they came in and out of the lift of the building. He spent around 12 hours standing in that lift talking to random people. It’s just a brilliant and simple idea for a film. The second short would have to be ‘ A Changed Man’ (2003) by Jens Jonsson. It’s a story about a middle aged man who goes to his high school reunion. He was always the outsider, however, he comes back to show that he is a changed man. He tries to convinced everyone around him that he isn’t the same person he used to be. Unfortunately, everything goes horribly wrong. It’s a beautifully shot short film, however, slightly cringing.

Maggie: What would you say are the top three skills needed to be a successful writer or director?

Andrew Brand: Listening is one of them, you definitely have to learn how to listen. Surround yourself with people you trust and like. It is the most valuable advice I’d give. If you surrounded yourself with these sort of individuals your work would be easier and definitely more pleasant. Also collaboration, it’s the key to good film making and writing. You need to realise that it’s not all about you, you have to learn how to collaborate with others and take other people’s opinions into account. Make sure that you work on other directors’ films before becoming a filmmaker yourself.

Maggie: If you had a chance to start your career all over again, what would you do differently?

Andrew Brand: (Andy is thinking very hard) What would I do differently? It’d have to be my first short. It’s was bad, a very naive film, the script was wrong. And yet I made it. I don’t know how but I did (laughs). I am proud of the film, don’t get me wrong, many great friendships came out of it. But after longer reflection I think if I could turn back time I wouldn’t have made that short film.

Andrew Brand: Hopefully directing! As long as I am making films and can feed myself I’d be very happy. 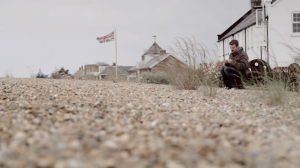 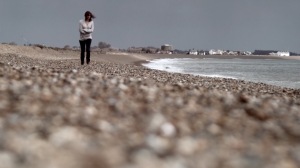 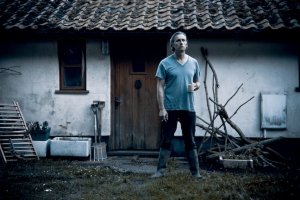 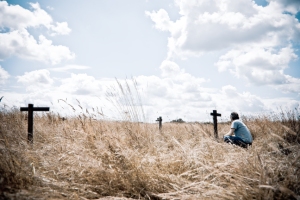 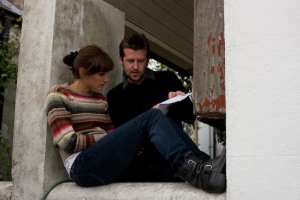