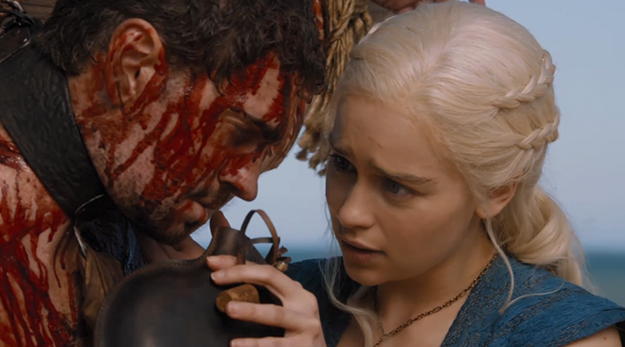 In Conversation with Mark Drake

Mark Drake is a highly versatile actor whose extensive experience of playing a broad range of roles for film, television and theatre is impressive. Mark latest achievements include Game of Thrones, Love & Other Chairs (short), Night Bus (feature), Two Days In The Smoke (feature), The Water’s Edge and many more interesting productions. He always receives positives reviews for his performances in theatre and films.

“The best production I have had the pleasure of reviewing…. Mark Drake gave strong, masterful performances both as Oberon and Theseus, and his interactions with Puck especially were brilliant. *****” Remote Goat for ‘A Midsummer Night’s Dream’

“An outstanding performance from lead actor Mark Drake…. The performance in this is star worthy. He holds the story for the entire time. A great performance.” The Daily Macabre – ‘The Water’s Edge’

I had a quick chat with Mark few weeks ago in London. Enjoy!

View of the Arts: I simply can’t help myself and have to ask you this question first. How was the filming of Game of Thrones?

Mark Drake: It was great, everyone was lovely, all the actors were amazing. I was very lucky to be directed by David Benioff and D. B. Weiss. They did the two episodes I was in.

View of the Arts: Where did you shoot those episodes?

Mark Drake: We shot it in Morocco. I was treated like a prince during the shooting (laughs). I had a great time.

View of the Arts: Apart from Game of Thrones you also filmed ‘Love & Other Chairs’, which is a short film. ‘Night Bus’ a feature one and ‘How Sherlock Changed the World’ a documentary for Channel 5. Could you tell me more about these projects?

Mark Drake: ‘Night Bus’ is really good. The film’s action is set on a night bus, which goes through London. And it captures people getting on and off the bus while ‘recording’ their conversation. ‘Night Bus’ is one journey, on one night. It’s a good and interesting project with a fantastic crew. ‘Love & Other Chairs’ is a darkly comic short, nicely written by Luke Kondor. It’s a story of a lonely man living in a house full of chairs. ‘How Sherlock Changed the World’ was filmed for Channel 5. The film reveals the impact that Sherlock has had on a development on real criminal investigation and forensic technique.

View of the Arts: You perform in films, on TV and theatre. Which of these three is closer to your heart.

Mark Drake: It would have to be film or TV. Screen acting is so emerged in moments, you can just soaked up in role and really get into it.

View of the Arts: Your recent projects include Game of Thrones, Love & Other Chairs, Night Bus and How Sherlock Changed the World, are there any new ones in the pipeline?

Mark Drake: Yes there is a feature film coming up. Anglo- Swedish one. I have to say learning Swedish isn’t bad but getting the accent right is hard. It’s the most difficult accent I ever had to do. The film is still in preproduction. I also got couple more shorts and I am in talks in doing Much Ado About Nothing, but it’ll all depend on the other projects. There are so many coming.

View of The Arts: Few weeks ago I was helping to run the Let’s All be Free Film Festival, a new and independent event, where we screened 37 shorts , host discussions and directors Q&As on what being free means to us. I was wondering what does being free mean to you as an actor?

Mark Drake: As an actor freedom is a funny concept as you always operate within the context of your character’s life and the freedom or limits of freedom that they have as given circumstances, so my opinion on that can vary wildly! I think as a modern Western culture, we have lost the ability to truly appreciate freedom and the weight that word carries with us – any shackles we have are usually well hidden and we are privileged to have lived in freedom for generations. The greatest freedom can have as an actor the very nature of my job, being allowed to explore humanity in t’s all it’s facets when asked to for a role without fear of political reprisals or a house arrest by secret police *laughs* You only have to watch The Lives Of Others to see just how the arts can be controlled and abused by a governing power to appreciate the freedom we have in the arts is a privilege and a blessing.

Few days ago Mark announced: ” Very, very happy to announce I will be taking the roles of Don Pedro in a summer tour of ‘Much Ado About Nothing’ and the lead in the upcoming Psychological Thriller ‘Backtrack’ due to commence shooting later this Summer. Really pleased to be getting involved in two very different but equally exciting projects, and can’t wait to get started!” As you can see Mark is going to be super busy. Good Luck Mark!