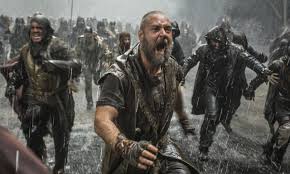 Even if you aren’t religious, you certainly know the story of Noah. God gave the bearded old man a message that a deadly flood is about to wipe out all life on Earth. Despite the ridicule of others, Noah works hard to build the Ark. After finishing his monstrous boat, he takes his family together with animals- dinosaurs, unfortunately didn’t fit, into the Ark. So when the great water comes, Noah is forced to sail for months. After a while he finally lands on top of Mount Ararat, and is able to re- populate the world. That’s it, simple story right?

To those who expect Noah to be a faithful reproduction of the biblical story, you will probably leave the theater with a strong downturn of the jaw. The new, multimillion production from Darren Aronofsky- it cost over 130 million dollars and is a typical Hollywood adventure fantasy – fairy tale with some teary and dramatic scenes. The story coincides with the history described in the Book of Genesis just a little bit.

The protagonist (Russell Crowe) is not only chosen by God to fulfill His wish, the valiant Noah also has to fight the force of darkness represented by the murderer of his father, the brutal king Tubal – Cain (played superbly by Ray Winstone). Interestingly, in the film adaptation, Noah is helped by the Watchers to build his giant boat, fallen angels which have served the people in the form of a pure light until the expulsion of man from Paradise, when they were sentenced to Earth’s barren existence. Noah and stone creatures? It’s an awesome idea if you ask me. With their help it must have taken him just a week to build the Ark. 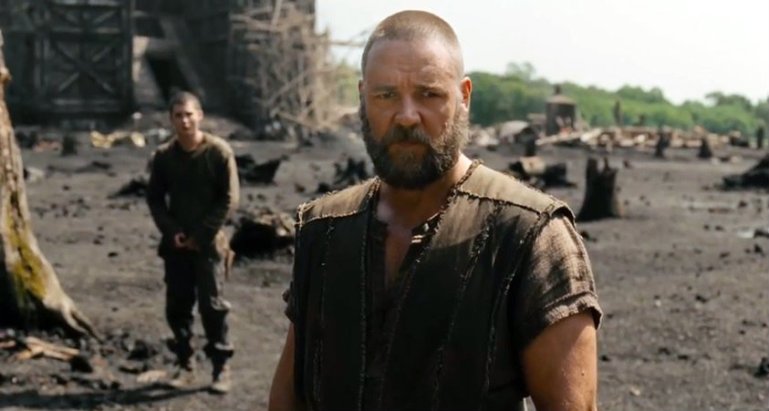 The film could have been more intriguing if Aronofsky decided to focus more on the emotional battle of Noah, who struggles between his love for his family and obedience to God. Unfortunately, Noah, at times is dangerously close to the adventures of John Rambo. The most important questions loom somewhere in the background. And to add a bit of melodrama to the film, the two youngest sons of Noah are deprived of having a wife, and as a result, one of them, Cham (played by, a quite promising young actor, Logan Lerman) turns against his father. The film’s absurdity reaches its high when Naameh, played by Jennifer Connolly, ‘professionally’ diagnoses Ila’s pregnancy (Emma Watson), Noah’s eldest son’s wife. Naameh, like an experienced pharmacist, reaches for a homemade pregnancy test. Seriously? This scene, literally, made me giggle like crazy.

Noah, in spite of various ridiculous scenes, isn’t a bad movie. To a large extent the production is rescued by actors – above all, the great Anthony Hopkins as Methuselah. You have to put a sizable plus next to the name of Russell Crowe, whose sometimes frugal, sometimes dramatic performance captures the inner struggle of Noah very well, who, in the face of failure is almost driven to the point of madness. Noah has been receiving decent reviews, but it is difficult to expect it to be a movie that in a few years will be remembered as an outstanding production. It seems like Aronofsky wanted to bring universalism into Noah’s story and show that the battle between good and bad is a part of every human’s life, however, the end result is quite trivial. The down to earth cinematography by Matthew Libatique didn’t disappoint. As well as the film score, which was composed by Clint Mansell, who scored the music for all of Aronofsky’s previous feature films, and was performed by Kronos Quartet. The visual effects were great and the acting was even better. Now I know what Darren Aronovsky spent £130 million dollars on. Is it worth going to see Noah? I think it is, you won’t be bored for sure. 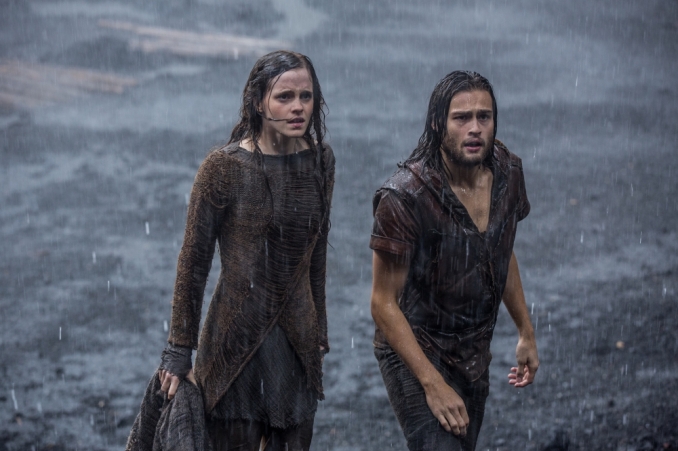