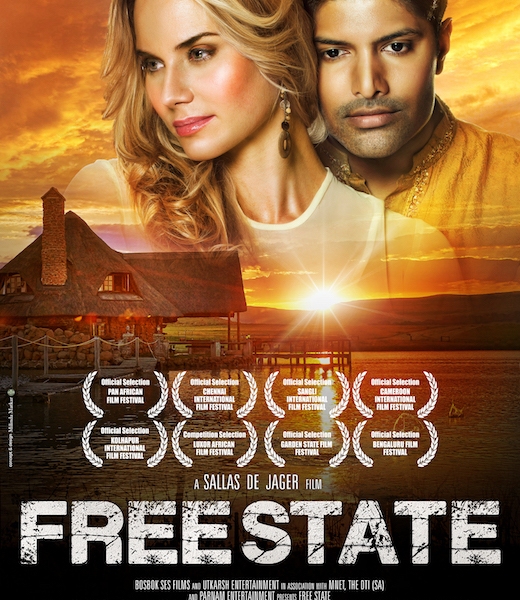 What would happen if – in a place where interracial relationships are forbidden – a white Afrikaan woman falls in love with a comely Indian man? Free State by Sallas De Jager is set against the 1979 South African landscape, when the country was under Apartheid and where the rights of the black majority and other ethnic groups were curtailed. The film depicts the story of Jeannette (Nicola Breytenbach), a law student, who returns home to Memel, to her father Gideon (Deon Lotz- Mandela: Long Walk to Freedom) and Maria (Leleti Khumlo- Hotel Rwanda and Invictius), her childhood Zulu nursemaid. While driving home, she loses  control of her car and nearly avoids crashing into Ravi’s vehicle (Andrew Govender); he is a courteous man who she later becomes infatuated with. The man kindly offers to drive her to Memel; nevertheless, before dropping the girl off at her home, he has to deal with a small business matter in another region. What it supposed to be a short journey back home for Jeannette, turns out to be a long way back to her family’s farm. Sadly, this unexpected encounter gradually causes a ‘tohu bohu’ in their lives, as well as in their parents’ lives – Ravi is engaged to a young Indian lady, while Jeannette is promised to her childhood sweetheart Christoff (Bobby Van Jaarsveld). Against all odds, they develop an unusual friendship and sentience for each other, and decide to meet in secret, in a lake house. In a short period of time, their love blossoms into something beautiful yet dangerous. How will the couple’s families react to the news that their children are clandestinely in love? Will Ravi and Jeannette’s love affair survive or will it lead to a tragedy?

Free State is a film about forbidden love and desires, and it may emotionally touch the audience’s hearts and minds. It will make you question your own values on love and sacrifice:  “Who are we to decide who we fall in love with? Does the race matter?” The film is also a subtle portrayal of complex family relationships and human interactions. The pace of Free State is as slow as in most romantic dramas, however the last 30 minutes will make you feel uneasy. I found certain dialogues superficial and cliché at times, however, it features a solid performance by a great assemble of actors such as Deon Lotz, Leleti Khumalo and Hemali Juta- Pillay, a Bollywood veteran actress. Sallas De Jager took on a risk of employing non-actors to play Jeannette and Ravi; Nicola Breytenbach is a former supermodel whose career dates back to 2002, and Andrew Govender is a former Mr. South Africa. It took me awhile to digest their acting abilities; having said that, Nicola proved that she is more than just a pretty face – she acted well but not to her full capability. Andrew, however, could have done much better; his performance felt flat from time to time. 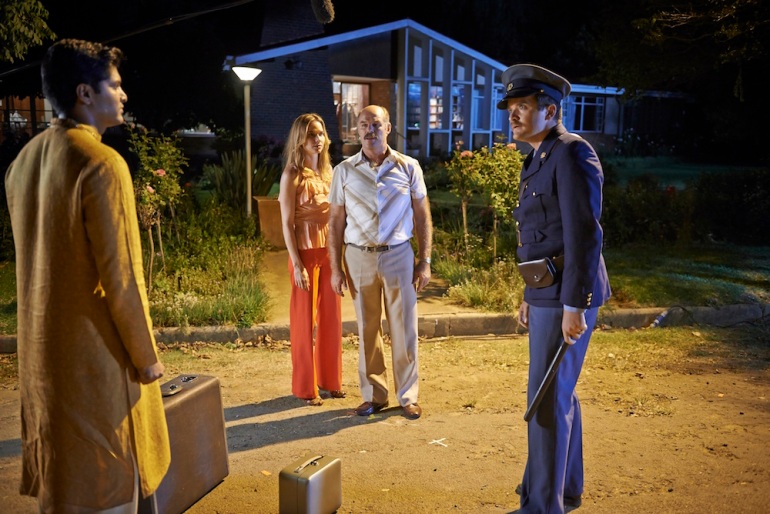 Free State was filmed in Memel and partly in Newcastle (Kwa Zulu Natal region); Tom Marais’ spotless camera work showed the picturesque South African scenery very well, however, the original score by Dawie De Jagger slightly overtook the film with its orchestral sound. I was longing for the traditional music such as Zulu isicathamiya singing or the harmonic mbaqanga; these kinds of sound would have definitely enhanced film’s atmosphere. Free State is a relatively small film with a budget of $1 million and will have a limited release in India and South Africa in April. There is definitely an uncertainty surrounding the film’s future, and I am not sure if it will achieve any recognition outside of the country or India. Although South Africa has a growing film industry, domestic production hardly ever attain success in the country due to lack of proper finances, appropriate number of cinemas and- at times – a shortage of good scripts. Still, there are a few notable films which triumphed overseas such as Tsotsi, which won the Academy Award for Foreign Language Film at the 78th Academy Awards in 2006, U-Carmen eKlayelitsha, which was awarded with the Golden Bear at the 2005 Berlin International Film Festival, and District 9 which was nominated at the 82nd Academy Awards. Unfortunately, Free State is nowhere nearly as good as the aforementioned productions; however, it is a decent movie to watch while drinking a cup of coffee on a Sunday evening.