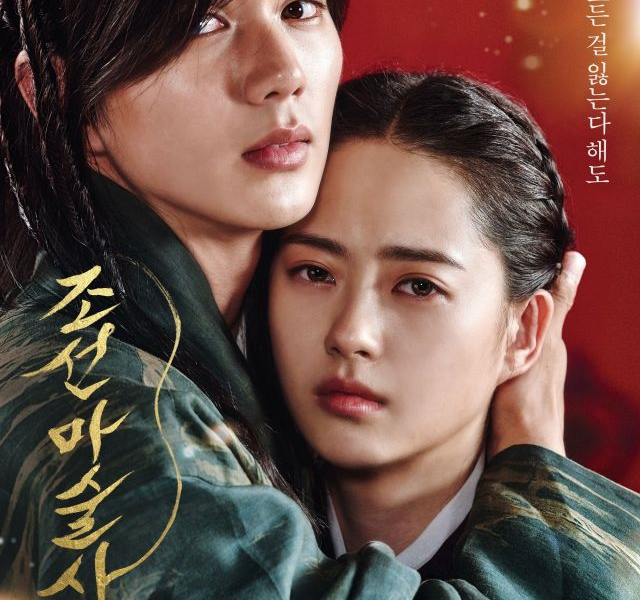 The Magician by Kim Dae- seung

Based on Lee Won Tae and Kim Tak Hwan’s internet novel, Joseon Magician, Kim Dae-seung’s new production brings to life the story of Hwan-hee (Yoo Seung-ho), a young magician, whose life is disrupted by an unexpected encounter with a princess, Cheong-myeong (Go Ara), and a fight with the wicked Chinese magician Gwi-mol (meaningless performance by Kwak Do-won). If you think that The Magician, as the title suggests, is all about hocus pocus and Open Sesame, you are wrong. However, Kim Dae-seung did make sure that there were a couple of “David Copperfield” moments in the film.

Initially, the audience is introduced to a very young Hwan-hee who suffers from abuse in the tyrannical Gwi-mol’s household. After years of maltreatment, he and his friend, Bo-eum (Jo Yoon-hee) run away and find peace in the Moorangroo, a well known place in the “Uiji of Joseon Dynasty”, which is overflown with women of ill repute. Now adults, Hwan-hee and Bo-eum are famous for their magic shows and sought to be seen by everyone in the district. Although they are successful in their business, they are haunted by the horrible thought of Gwi-mol returning for them. Concurrently, Cheong-myeong is on her way to China to marry the Prince of the Qing Dynasty. She travels with a heavy heart as she does not want to be married to someone she is not enamoured with. While journeying, she decides to take a rest in Uiji; there, she stumbles across Hwan-hee. Both are unaware of their backgrounds as they instantly fall in love with each other, and this is one of those dull moments when you think: can someone come up with a better idea for a romance please? 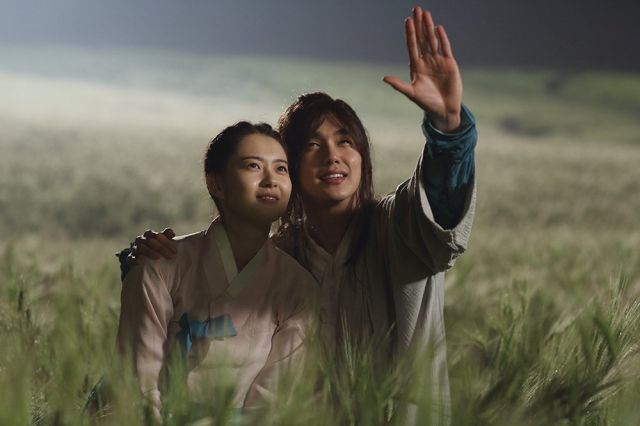 After a few clandestine dates in the middle of the day and (at times) night, the couple finally apprehend that the worlds they belong to are in two different universes; but obviously, that doesn’t stop them from seeing each other. And here he comes, the personal bodyguard to the princess, Ahn Dong-whi (fantastic performance by Lee Kyeong-yeong), who is willing to do anything to stop the youngsters from meeting, even if it means sealing every single hole in the stone wall surrounding the princess’ hanok; I won’t deny that this is the most engaging part of the film.

While the couple enjoy their time together, Bo-eum tries to keep her friend safe by plotting against everyone who goes against Hwan-hee and her; predictably, her actions lead to a tragic ending of one of the characters. After years of searching for Hwan-hee and Bo-eum, Gwi-mol finally arrives in the city and bribes most of the people surrounding Hwan-hee to make sure that capturing and killing the magician goes according to plan. Even at this point, the film’s pace is as slow as a turtle’s run, the narrative is boring and apathetic. Parallel to all that is happening on the big screen, there is also the story of the conspiracy within the Princess’ inner circle – yes, there is always some kind of machination in all of these historical dramas – which leads to a bloodshed later in the film; sadly, the audience might find this part of The Magician tedious.

Despite the pompous set design, costumes and popular actors such as Go Ara and Yoo Seung-ho, the film received unfavourable reviews from critics. Having said that, The Magician attracted many viewers; however, not as many as the film producers expected. Even though the production earned 3.21 million US dollars on its opening night, it was quickly forgotten; perchance because it was up against slightly better productions, such as The Himalayas by Lee Seok-hoon and The Tiger by Park Hoon-jung.

Although The Magician’s narrative is weak and some acting questionable, the film was beautifully filmed against the breath-taking landscapes of Yongin, Namyangju, Hwansun and Sokcho in South Korea. The audience might find the character of Ahn Dong-whi the most likeable. At first, the viewers might see him as a cold and prejudiced middle-aged man; however, in time, he becomes a kind-hearted individual who is prepared to die for the Princess. Go-Ara and Yoo Seung-ho have a lot to learn to become great actors; their performances were histrionic and the lack of chemistry between the two made me yawn from time to time. I was hoping for The Magician to be an interesting film; seeing Kim Dai-seung’s previous period dramas, such as Concubine (2012) and Blood Rain (2005), I thought that his latest production would have been worthy of my time; sadly, it wasn’t.

The Magician is definitely Kim’s weakest film; perhaps leaving the historical films behind and concentrating on contemporary cinema might bring the filmmaker positive reviews next time? It seems like the golden era of Korean period dramas is slowly ending. There is nothing left to say, apart from: if you are bored on the weekend or feel like there is nothing interesting on TV, feel free to watch the film; it will not entertain you 100 %, but it will definitely help you kill some time.