Since the beginning of times, the Indigenous Peoples have always had agonizing histories of being interdicted, oppressed and  differentiated. Their vulnerability has been exploited to the point where they have become more and more isolated, even to this day. In many parts of the world, aboriginal people are more often involved in violent conflicts with governments with regards to natural resources, their lands, poverty and lack of involvement in certain aspects of political life. These determinants have forced the native peoples to take desperate measures against their country’s administration. Even though more has been done to help the indigenous communities, there is still more that needs to be done to preserve the tradition, customs and lives of those who shaped most of our world. Luckily, the film industry has been unveiling those issues for a while now.

Panay (Wawa No Cidal), directed by Cheng Yu-Chieh and Lekal Sumi, is a Taiwanese production which depicts lives of Amis people in Hualien, who struggle to keep their lands away from investors and the local government. It also tells the story of Panay (Ado Kaliting Pacidal), a single mother of two children – the strong-minded Nakaw (Dongi Kacaw) and the artless Sera (Rahic Kulas), who live carefree with Panay’s father (Kaco Lekal), while she is away in Taipei, working for a local news station. At first, Panay runs an ordinary life, but it all changes when her father gets sick and when a real estate agent (Sheung-hsiung) arrives in the village to propound a project to build a hotel on Panay family’s dried-out rice field. The project faces an opposition from the locals as well as Panay, who decides to bring the dry land to life by starting to grow rice again. She draws a plan on how to organize everything and how to stop the hotel from being built; with that in mind, she reaches out for financial help to local authorities in order to fix the water drains which lead to the fields; however, not a single office is prepared to help; she is also told off by the ruling party that by trying to save the field, she is only stopping the progress, and is making it harder for everyone else in the village. She disregards everything and makes up her mind that she will save it no matter what. With the help of a few locals, she revitalizes the land for rice-planting, and since indigenous peoples are mostly dependent on the land and its biodiversity, this land could provide for Panya and her family. Unfortunately, besides the real estate agent, the village also has to fight against illegal possession of the land, which – according to the authorities – is necessary to build a new parking space; and sadly, not every story has a happy ending. Will the community come together to save the land again? How much strength will they need to go against the government and the police? 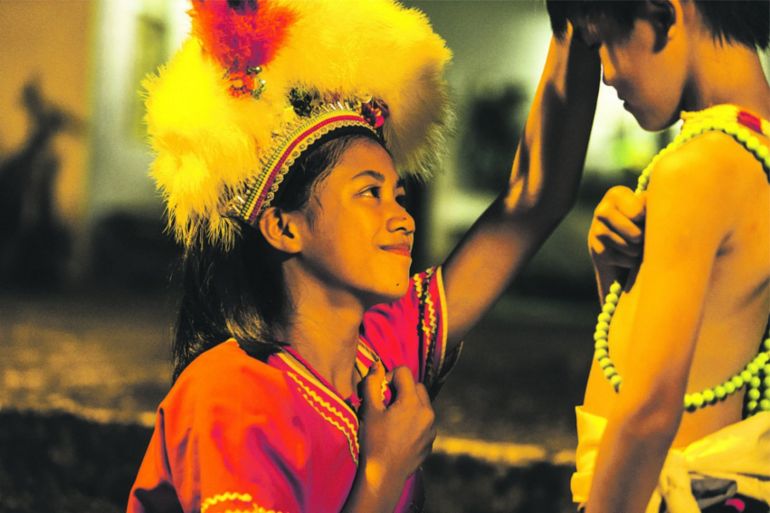 Panay (Wawa No Cidal) is partly based on a true story using the language of the Amis tribe; it also includes beautiful traditional music with a couple of folk dance scenes. The filmmakers skillfully captured the beauty of Hualien and its people, while tackling the pressing issues which many aboriginal people face nowadays: poverty, loss of land and a lack of understanding by modern cultures. The film also shows, probably in a slightly utopian way, that we could achieve the impossible if we united; at the same time, it sends a subtle message that tradition keeps aboriginal communities together, and even though they might not be able to win every battle against governments, they are surely strong enough to keep what has been passed to them by their ancestors: the language and customs.

It is interesting to know that most of the actors in the film are amateurs who come from native tribes, and who also face difficult times in the place that they live in. Sumi said that it wasn’t easy to film them; however, it was necessary for him to do so as “Their emotions and the background knowledge they have when acting in the film contribute largely to the end result of the film.” Surprisingly, everyone delivered well – including Ado Pacidal, a song-writer and a TV host, whose passionate portrayal of Panay made me shed a few tears here and there.

Panay (Wawa No Cidal) was awarded with the Audience Choice Award at the Taipei Film Festival, and it also received the award for the Best Original Song at the Golden Horse Awards. I am sure we will keep seeing various films about the Indigenous Peoples’ lives; as Lekal Sumi said in one of his interviews, “More and more people are realizing that their personal stories can be documented or adapted and made into a movie which helps to support a cause. I feel that this is very meaningful and it is an upcoming trend for the aboriginal community – the desire to make their voices heard.” I am glad that filmmaking is also used to such a purpose; without it, we would probably have a limited knowledge about the Indigenous Peoples of the world.

All photos © Panay (Wawa No Cidal)