Midi Z (Chao Te-Yin), born in Myanmar (former Burma), is known for using a more practical and personal style in his narrative. His profound and soothing films mostly deal with Myanmar society and the people’s struggle to make a living. To Midi Z, making films is like writing chronicles: “It’s like expressing my life. Without filmmaking, I couldn’t help my living soul be easy or stable. Sometimes, you have a lot of stories in your country or your family that you couldn’t tell or express. So I use filmmaking to express my feelings, about my family, relatives, and friends.” The most notable works of his are the 2014 Ice Poison and The Road to Mandalay (2016); the latter premiered at the 73rd Venice Film Festival and received the Fedeora Award for Best Film.

The Road to Mandalay depicts the story of two illegal workers from Burma, Lianqing (Wu Ke-Xi) and  Guo (Ko Chen-tung), who travel to Bangkok, Thailand, in pursuit of a better life and happiness. Midi Z mainly centres his storytelling around the love of the two protagonists, them being exploited by a local factory’s mogul and the corrupted Thai immigration system. Ochlocracy occurs everywhere and the fear of deportation hangs over Lianqing’ and Guo’s heads; nevertheless, in the face of hardship, they develop feelings for each other, which – sadly – later leads to a tragedy, as it seems that the couple has different desires when it comes to life. 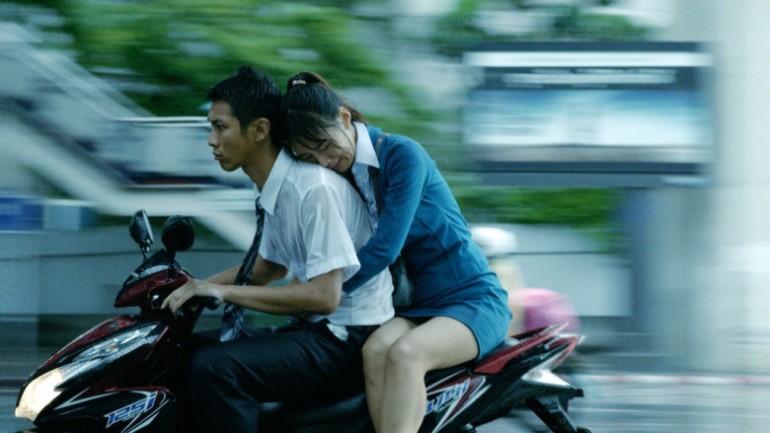 With constrained dialogues, Midi Z describes the couple’s affection with gestures and body language; he also paints an honest and depressing picture of those who try to cross the country’s borders illegally. The film also gives a subjective view on illegal workers and the trafficking of migrants, partly because it reflects the filmmaker’s younger years as a migrant worker in Taiwan and the difficulties he faced when earning the money to support his family back in Burma; he slightly relates to the film’s protagonists. That said, I wish that the filmmaker described the issue of illegal migrants in more details.

One would wonder what the film’s title means as the action takes place in Thailand. Mandalay itself is a magical word. It is associated with the adventures of Indiana Jones – with a city surrounded by an impenetrable jungle, full of golden temples and palaces; it is also a mysterious and exotic place, a city in Burma. What does The Road to Mandalay really stand for? This question can only be answered by Midi Z himself. 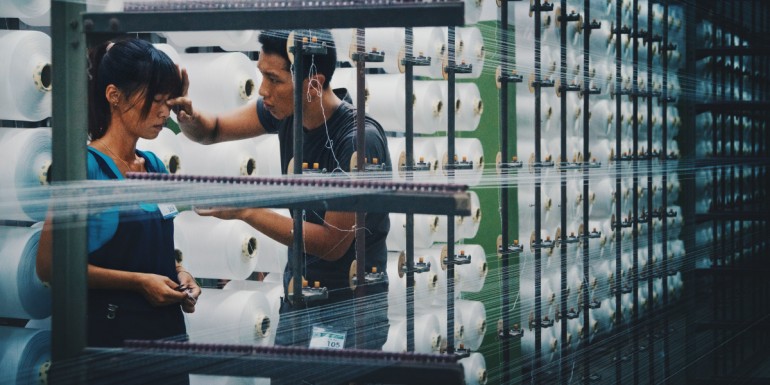 Midi Z sets his film against the unbearably hot city of Bangkok and presents it as an unwelcoming and suffocating place, including congested, favela-looking dwellings. But he also takes the audience on a short journey through Thailand’s unspoiled countryside – Tom Fan, with his flawless camera work, has contributed to the picturesque landscapes. In addition to the beautifully composed music by Giong Lim (The Assassin), the film-maker uses significant sounds of nature and – without blemish – manages to keep a good pace throughout the film; on top of that, with the genuine and convincing performances by the emerging young actors, Wu Ke-Xi and Ko Chen-tung, The Road to Mandalay turns into a truthful, powerful and brutal picture of what people must endure when pushed to do things they have probably never imagined doing – it is a skilfully woven production that is worth watching.

All photos © The Road to Mandalay