The London Korean Film Festival (LKFF) announced its line-up for the 12th edition of the festival, which will take place from 26 October to 19 November 2017, with the main venue in central London and tours to Glasgow, Manchester, Sheffield, Nottingham and Belfast. The programme will include several UK and International premieres, with a special focus on Korean Film Noir.

The opening and closing films both star actress Kim Sae-byeok, who will also personally attend the festival. The opening film will be Hong Sang-soo’s The Day After (2017), which was screened already in the competition section at the 2017 Cannes Film Festival. The London section of the festival will close on 8 November, with the UK Premiere of Kim Dae-hwan’s The First Lap (2017), an indie film about a young couple who considers starting a family – the director is among the guests of the festival.

The core programme of LKFF will feature two Korean hits which were also screened at Cannes Film Festival, both representative of Korean Noir crime and action genre: The Villainness and The Merciless. Furthermore, as a part of the Korean Noir section, the audience will be able to watch select Korean Noir classics from the 1990s: Dead End (1993), The Rules of the Game (1994) and Green Fish (1997); Lee Chang-dong, who directed the latter, is considered by many to be South Korea’s greatest living film director. Newer Noir films in the programme include A Bittersweet Life (2005), A Dirty Carnival (2006), New World (2013) and Coin Locker Girl (2015), all hits from their respective years.

As for the newer productions, LKFF will present the section Cinema Now 2016-2017, which includes several widely available Korean films that received worldwide recognition. Among them is  In Between Seasons (2016) by first time director Lee Dong-eun, which was awarded at the last year’s Busan International Film Festival and is based on the director’s own comic book; it presents a fresh and emotionally powerful approach to the story of a mother and two gay lovers. LKFF will also screen the popular Master (2016), Come, Together (2017), the Joseon-Era Warriors of the Dawn (2017), the K-horror The Mimic (UK release in 2018) and the true-story-based Crime City (2017). 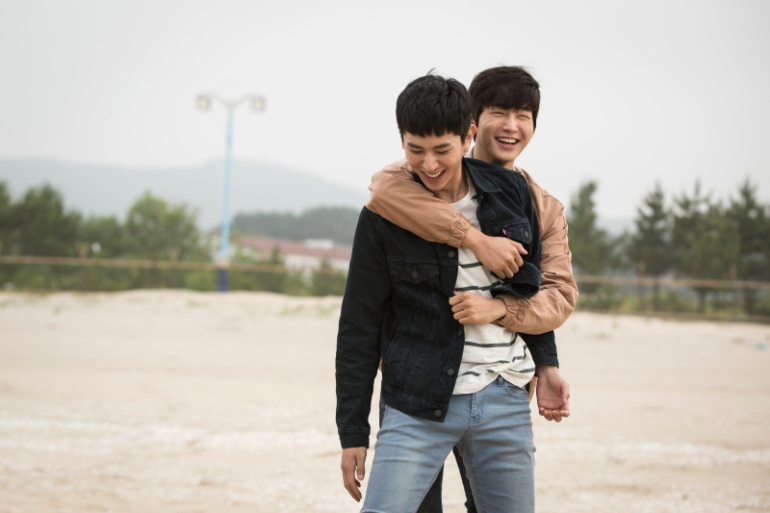 For more information about London Korean Film Festival programme, refer to the official website of the festival: http://koreanfilm.co.uk/

The Day After photo © Jeonwonsa Film