In Conversation with XANDE (Former Vocalist of More Than a Thousand)

Born in Portugal, Vasco Ramos a.k.a XANDE began his career as a frontman and songwriter for More Than a Thousand, a metal-core band. After 15 years of success in Europe and the USA, the group disbanded and XANDE embarked on a solo career. He released his first single We’re Bad News in February 2018 to positive reviews. Influenced by the likes of FKA twigs, an English singer and songwriter, The Weeknd, Miguel, and film scores, XANDE published his debut EP It Is What It Is in June 2018. He has been producing and writing his music alongside his good friend Filipe Survival.

The transformation from one music genre to another always carries a risk, but XANDE believed that his music was good enough to grab the attention of 10-time Grammy Award winners George Seara, Andrew Wuepper & Chris Gehringer – and he was not wrong. Without much financial support or hesitation, XANDE travelled to Toronto, Canada, to record at the Noble Street Studios with George Seara, an engineer and mixer whose discography includes songs for Rhianna, Shawn Mendes and Drake, to name just a few. After Toronto, the songs were mixed in the USA by Andrew Wuepper and mastered by Chris Gehringer whose discography includes Lady Gaga, The Chainsmokers, Halsey and Selena Gomez. XANDE mainly sings in English, but the artist has recently released a song written in Portuguese, Os Meus Velhos, which received an enthusiastic response.

We caught up with the artist recently and chatted about his transition from More Than a Thousand to XANDE, his new music style and his plans for the future. 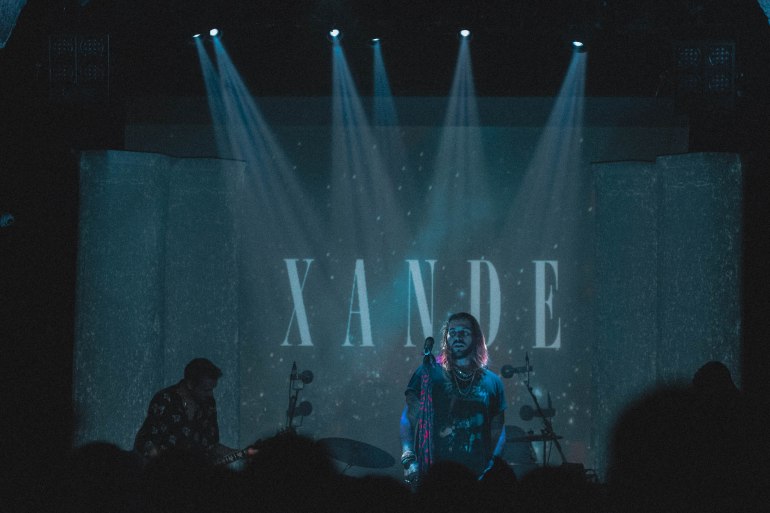 You started your singing career with More Than a Thousand, a metalcore band, that lasted for 15 years. You achieved a huge success while playing with the group, and after disbanding, you have decided to pursue a solo career under the name of Xande. What made you decide to become a solo singer?

I love music and it’s impossible for me to live or express myself with only one genre. I love various music genres! Since I was a kid, I’ve been a soft music lover. I felt that after leaving the band, the time was right to start finding out more about myself. By writing alone, it turned out to be the time to get to know myself and that’s amazing!

How would you describe your musical style?

It’s a balance between light & darkness, it is a mix of movie soundtracks with the unbeatable sexiness of the 80’s and the 90’s vibes!

What kind of approach do you use to write your lyrics?

For me, that’s always the hard part of the process, because I’m not good at expressing my feelings, or maybe I’m just more reserved – I don’t know (laughs); but I always try to be real so I guess you could say that as I write, I try to get rid of something that’s inside of me and needs to be said… And it’s amazing how many people message me, saying that they can relate to my lyrics. I can’t even explain how happy that makes me feel, that I can help someone with my struggles and thoughts. 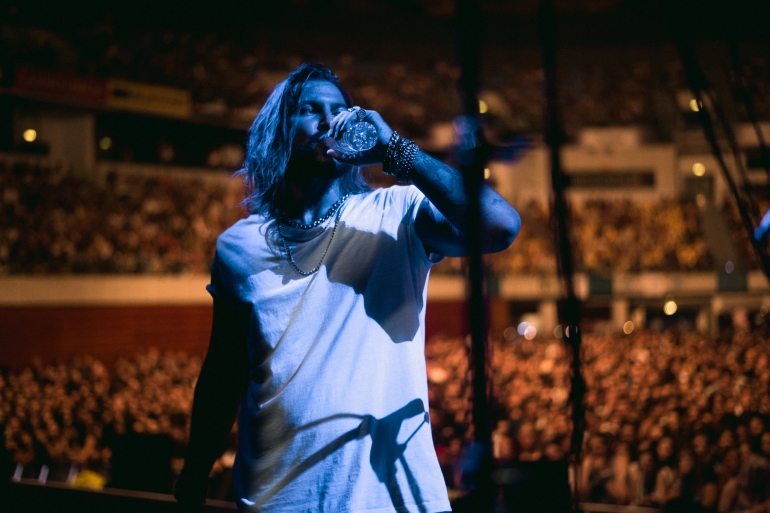 How does your creative process differ now from the one you had when you created heavy music?

Well, it’s very different; for me, heavy music was easier because I knew who I was and who my fans were, so it was all way faster and the writing process was on point. For XANDE, I approach the process in a very different way. I just grab the guitar or piano and I literally just jam away, then I start to imagine what kind of emotion I want to send to the people who listen to me. So this process is more experimental than it used to be when I wrote heavy music.

Where do you usually find your artistic inspiration?

I got into music because of Deftones and Aerosmith, but I have always had a connection with movie soundtracks; all those feelings that you can express through the sound, sound is almost better than words, you know? …I had a tape recorder when I was a kid and I used to record the music scores of the movies, so I could listen to them on repeat. I draw inspiration from composers like Thomas Newman, James Horner, Hans Zimmer and a lot from the band Sigur Rós.

Have your surroundings also shaped you in a creative sense and in what way?

To be honest, I was never surrounded by any artists or musicians. No one in my family has a music background. I never felt understood at home so, in a creative way, music became my getaway. It’s where I can really be myself; it’s like a visit to a doctor. 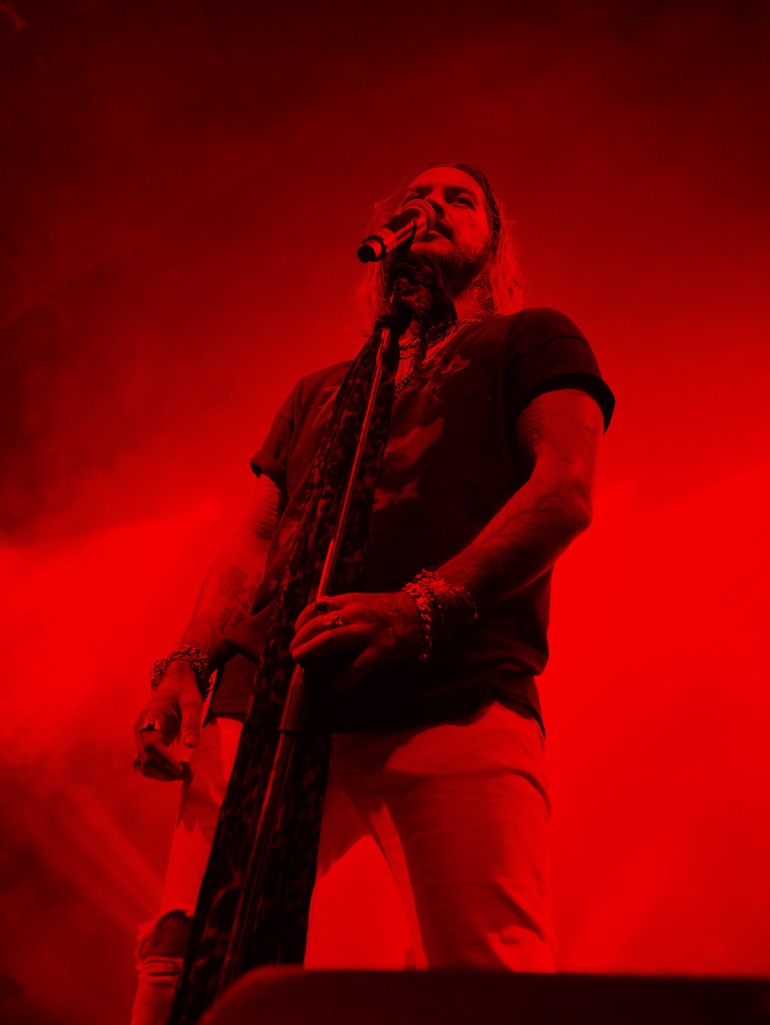 In 2018, you released your first solo EP called It Is What It Is; you later went to Canada, to record at Noble Street Studios with George Seara, a famous mixer and engineer whose discography (mixing department) includes James Bay, Drake, Shawn Mendes – to name just a few. How was that experience like for you?

It was an amazing experience. I went alone and with almost no money; I was so nervous when I got to that studio, ’cause that’s the place where the big dogs record. I felt tiny when I went through those doors with my old grey backpack and a notebook in my hand (laughs). But when George got into the room we connected really fast! I felt at home, the recording process was great, I learned a lot about my voice and got some studio tips. Would love to work with G again!

The first video you released is called We’re Bad News; could you tell us more about the creative process behind the video?

I got together with my brother Filipe Survival (guitar player from More Than a Thousand). I told him what my vision for XANDE is and he helped me bring many concepts to life! He’s super talented and always on top of everything. I wrote the script for We’re Bad News with him and another friend of ours, Pedro Sniz. I had a lot of help from my girlfriend Di Noise too, she was relentless!! The video is minimalist, which is in line with the lyrics.

“A failed relationship where both had failures, but none apologized. Supposedly time heals everything, but the woman has a transcendent power that causes him to be always persuaded and drawn to the upper aura of himself, not wanting it.”

The video features the gorgeous Portuguese actress Oceana Basílio as the protagonist, which was surreal! She’s amazing! 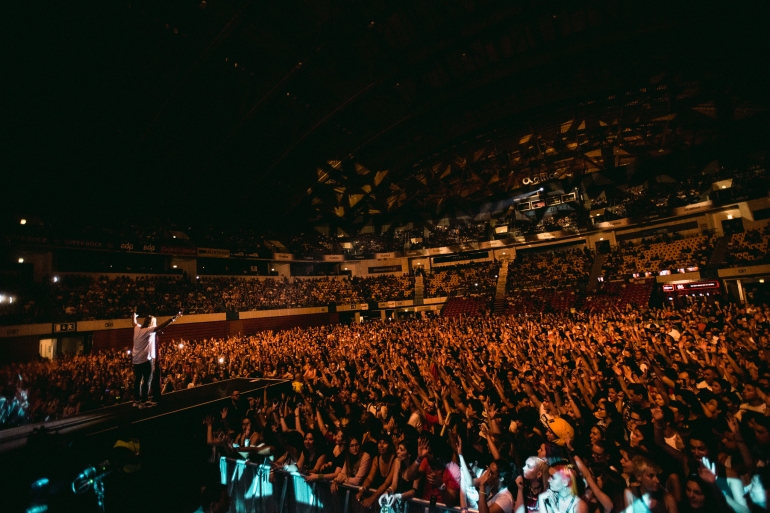 You mainly sing in English; however, you recently released a video clip in Portuguese, called Os Meus Velhos. Could you tell us what’s behind the song and what it means in English?

It’s a song I wrote about my mom and dad. It’s a very sad song, to be honest. I did have a normal childhood, but my father has suffered from a severe mental illness after he came from the war, which was way before I was born, and that illness has always been very hard on us… but I love him to death, so, one day, I came home and I was wasted; I had so many things to say – I still do – but that night, I don’t know why – I wrote that entire song in minutes. The song is about how life isn’t fair and that I know that the times are rough and they always will be – but I’ll do my best to remember only the goodness in him.

Is there a music/artist you like which/who never fails to make you feel good?

Thomas Newman; sometimes when I watch a movie and I don’t read the credits and the songs come, I just know – this is Newman! I can’t really describe it, but yes; he’s the artist that always keeps me company! I really like Adele, Rihanna, Miguel – these 3 always get to me too!

What’s next for you? Any new songs in the pipeline, perhaps a full-length album or a tour?

At the moment I’m writing new songs;  I’m recording with a few different producers. I’m always searching for one that can help me bring out the best of me. I got way more to give, I can feel it! After releasing these new tracks, I’ll start building a fan base and I’ll try to play wherever people let me to (smiles). I would love to tour with artists like Sia, Miguel, Jessie Reyes, Post Malone and many more! I got to put checks on that list!

Music Video I Wish I Never Met You © XANDE