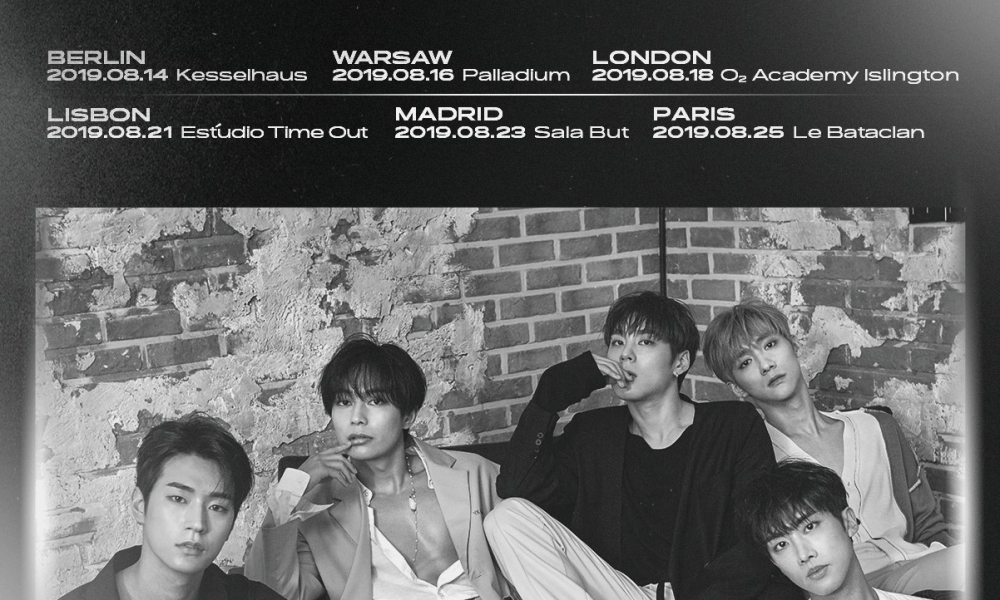 KNK to Embark on Their 1st European Tour in August

After years of success in the East, but hardly any notice by the West, it used to be hard to imagine that Korean pop music could take over the West, especially in such a short period of time. Due to the immense rise in the popularity, the success of Korean pop artists is now by no means only an online phenomenon that cannot be seen after logging out to reality; on the contrary, the success of K-pop brought the musicians into the real world of the West, and the number of K-pop concerts seems to be on a steep rise. London, in fact, has been showered with countless shows from South Korean pop groups of late. The capital of the UK has recently hosted the biggest stars of K-Pop, including BTS at Wembley Stadium and BlackPink at Wembley Arena, and other, slightly less popular groups, such as SF9, Seven O’Clock, Ateez and A.C.E, just to name a few.

K-Pop is the leading trend these days, and there is no doubt about it. When Ed Sheeran collaborated on one of the BTS’ songs from Map of the Soul: Persona, it was not because he suddenly fell in love with the BTS’s sound, but due to his survival skills − when a new dribbler appears in the yard and draws in the crowds, it was better to join in on the chorus than to get kicked to the back; and Sheeran was not the only one who jumped on the K-pop train. On top of that, K-pop does not only stand for a change of power on the charts, but has broadly opened the door to South Korea’s cultural and commercial invasion of western markets.

It comes as no surprise that more K-talents are set to visit London and beyond, and that includes KNK, a boy group formed in 2016. After successful performances in the US, KNK are about to embark on their 1st European Tour called Sunrise, which will include 6 cities: Berlin, Warsaw, London, Lisbon, Madrid and Paris.

Prior to KNK’s debut in 2016, the group’s members worked hard for five years as trainees − and all those years of training have paid off. With their mature appearance and strong vocals, they have gathered a strong following. With their latest single album Lonely Night, KNK is ready to conquer not only their domestic market, but also the one in Europe.

With the help of My Music Taste, one of the most organised K-Pop tour management organisations out there, KNK is set to make sure that everyone has a good time at their shows. Ji-hun, Seoham, Dong-won (the newest member), In-seong and Hee-jun will begin their tour on August 14th. Tickets for the London show will be available on July 11th at midday on Ticketmaster and Ticketweb. Do not miss the chance to meet your favourite idols in London!