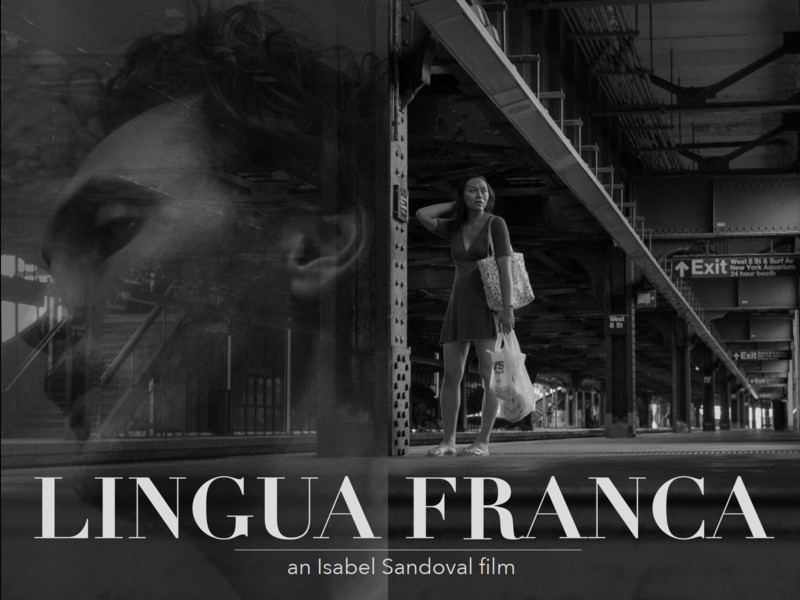 As the Trump reign rages on, the illegal immigrants are solidly placed among the most marginalized and prosecuted groups in the USA, even though the government’s zero-tolerance policy hasn’t quite quenched the numbers of those seeking a brighter future in what used to be seen as the land of the free. In 2017, the estimate of undocumented Americans living in the USA was 10.5 million; 1.5 million of them were of Asian descent. In her third feature, Isabel Sandoval, a New York-based Filipino filmmaker, tackles the topic of illegal immigration and tops the already heavy subject with another burning issue: drawing on her personal experience, Sandoval puts a Filipino transwoman into the heart of the story and even takes on the leading role herself.

Olivia (Isabel Sandoval), a transwoman from the Philippines, lives in a neighborhood in the south of Brooklyn as a live-in carer to an elderly Russian-Jewish grandmother Olga (Lynn Cohen), who suffers from dementia. The job is not an easy one and requires a lot of patience and a gentle hand, which Olivia seems to be kind enough to provide, especially since her own existence is fraught with fear. She left the Philippines due to the rejection of her family (which still leans on her for financial support) and in search of a better future, but has so far failed to obtain the coveted Green Card. She is paying an American to act as her boyfriend in the setup that would lead to a marriage and cement her legal status, but the deal falls through. This extinguishes the small ray of hope that keeps her afloat as she moves through her days in fear of either being faced down by ICE agents and deported, or even physically assaulted for looking like a foreign immigrant. 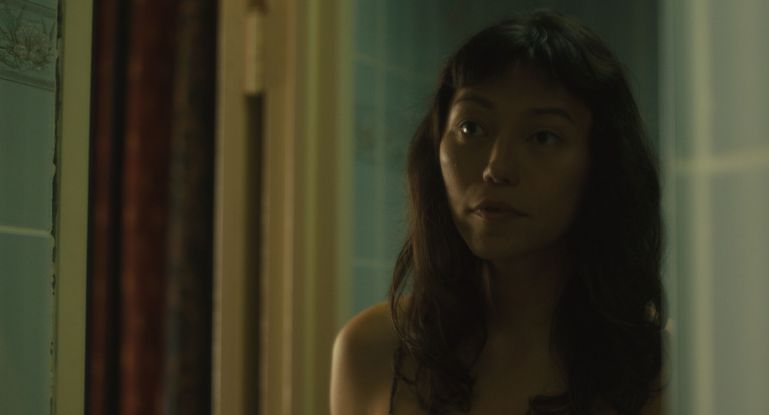 A change in the tide can be felt with the arrival of Olga’s grandson Alex (Eamon Farren) who moves in with Olga and Olivia; he is to help take care of Olga while trying to find a solid ground underneath his feet as he battles with alcoholism. Alex seems to be quite taken with Olivia’s compassionate demeanor, and Olivia is in turn drawn to Alex, but is much more drawn-back than him. It takes her some time to let him in on the fact that she is undocumented, and she does not tell him of her identity as a transwoman even as their relationship turns sexual.

Isabel Sandoval wrote, directed, produced AND starred in the film, and there are both good and… less good sides to that. The good comes from the genuineness of Olivia’s character that would have been hard to emote if Olivia’s role was not in the hands of a transgender person. At the same time, Sandoval’s first plane of business is not acting and her performance seems to have points where restrained poignancy does not feel deep enough to really drive the emotions home with a viewer. In terms of the narrative, while it seems almost too slow-moving at the beginning of the film, it becomes too fast in the last stretch of the film, making the ending feel rushed and open in an under-done manner. On top of that, too much time is dedicated to Alex’s side of the story; it feels like his character is given extra detail that does not entirely paint itself into the ultimate narrative of the film, while Olivia’s character somewhat remains a mystery and could use a bit more attention.

Still, for all intents and purposes, Lingua Franca is monumental on many levels. Isabel Sandoval became the first transwoman of color to direct and star in a film that got featured (and opened) the ‘in competition’ section of the 2019 Venice Days (Giornate degli Autori) sidebar of the Venice International Film Festival. It tackles very current topics both on focusing on the Asian undocumented workers in the USA, and by giving visibility to the issues of transgender community, pushing the transgender narrative away from the common struggle-with-one’s-own-identity arc and into the realm of the way the post-operation transgender identity influences other aspects of life, such as romance. In this respect, Lingua Franca delivers a powerful moment that brings Olivia’s sexual side to the fore when she and Alex have sex for the first time and Olivia’s pleasure is given the highlight. The scene is executed with a great deal of taste and sensuality, making it clear once more how such small moments can help define and normalize a community that faces discrimination and a lack of understanding even within the LGBTQIA community itself, and it screams once more how necessary it is to have both visibility and representation.