Go Tae-seob a.k.a Holland, is shaping out to be the most outspoken advocate for LGBTQIA rights in his native country of South Korea. The artist himself came out as gay when he debuted and now he brings his own experiences, and fights against inequality, in his music. To him, music has also become an effective tool in helping those who are in need of encouragement. He might be one of the most arresting characters in K-Pop right now, but can he deliver as a singer? 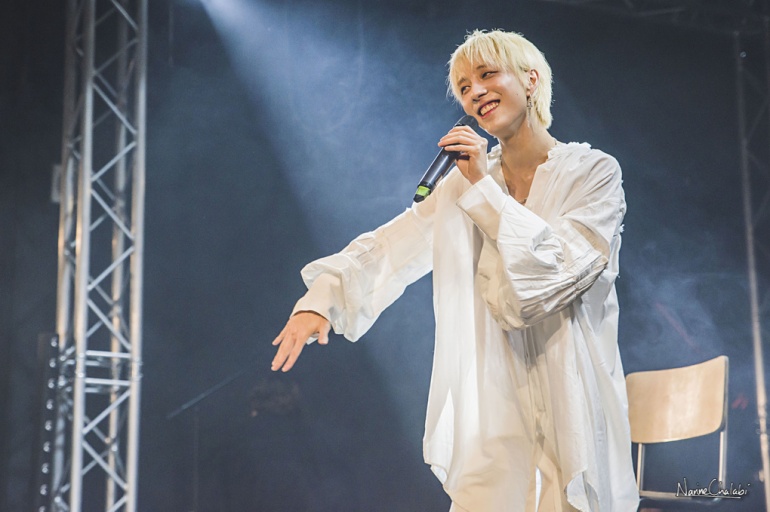 Regardless of what you think a K-pop concert should be like, every idol makes sure they have things covered, whether the performance is vocally and technically delivered, that’s another question. Holland debuted with single Neverland last year and has already gained a vast number of followers overseas and in South Korea. After visiting a few European cities as a part of his Invitation from Neverland tour, the artist came to London where he performed at ULU Live on December 15th.

Holland, to the happy and loving cheers from fans, appeared on stage in an angelic outfit and kicked off the show with Nar_C, a song he recorded this year. After a quick performance, the artist addressed his fans in an emotional speech and thanked them for their undying support. Instead of playing more songs, Holland came up with a short question and answer event and started to chat with fans. Sadly, while mildly entertained by it, we only wished for the singer to carry on with his performance. Eventually, the crowd started to groove to I am So Afraid and I am Not Afraid, two lyrically meaningful songs that opened the doors to Holland’s music career in South Korea. 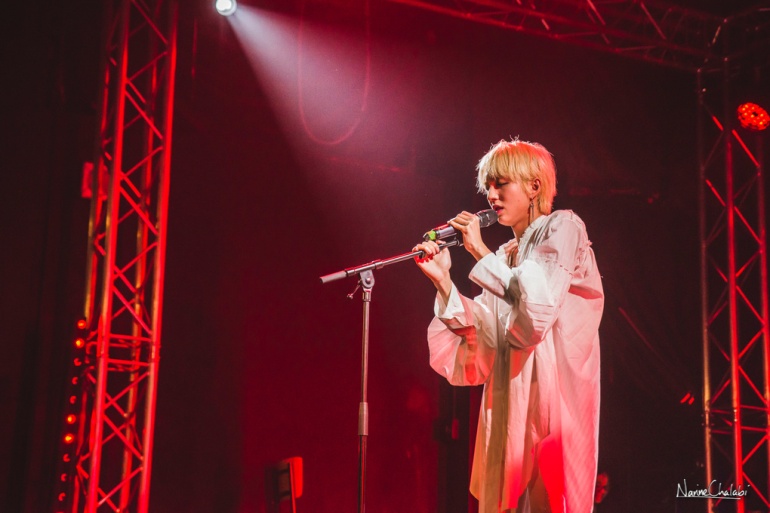 Holland’s repertoire is small and to keep his fans entertained he had a few time fillers, which might have been charming to those familiar with the artist’s persona, but to some, the show was visibly lacking in essence. The stage harmony was disorganized, it wasn’t necessary Holland’s fault, but probably the production team, nevertheless a lack of proper staging only harmed the artist’s delivery. But, without a doubt, his colourful outfits added glow to the performance.

Within 80 or so minutes of the show, Holland had sung 10 songs and talked a lot. For the price of the tickets, we would expect a proper singing show rather than a conversation. No matter how much people might love Holland, there is a lot to improve when it comes to vocals. Lyrically, he knows where he stands and he knows what he wants to say without being apologetic about it. With the right training, his live performance could achieve 5 stars, but for now, he hasn’t reached that level yet. Often off-key, and vocally unable to hit the right notes in the right time, Holland also looked slightly tense and uncomfortable at times, but a high-energy end to the concert was something that fans loved – without hesitation, the artist jumped into the crowd and sang his song like he was a part of a huge Christmas choir; it was a dazzling moment for all to see.

Holland celebrates hard-won freedoms for LGBTQIA’s community, but he isn’t naive about what’s ahead of him, as there are battles that are still to be won. Let’s hope that his music carries on the message of tolerance, love and equal rights for everyone and that his live performance improves with time as well, but as for now, he has a lot to learn as a vocalist…