East End Film Festival Confirms Closure of All Its Operations

Press Release: London, March 4, 2020 – After a long period of uncertainty, the East End Film Festival (EEFF) today confirmed the final closure of all its operations. Exactly 20 years since the festival first hit the streets of London’s East End, the current owner and outgoing Director Alison Poltock said, “There has been resistance from many to closing a festival that inhabits such an independent, uniquely diverse position. The push to provide a more mainstream commercial offering is not for us. We are so proud of our inclusive, accessible and civically engaged programming; it’s at the core of our identity, so without significant investment to enable us to continue that fundamental service, we have to let the final credits roll.” 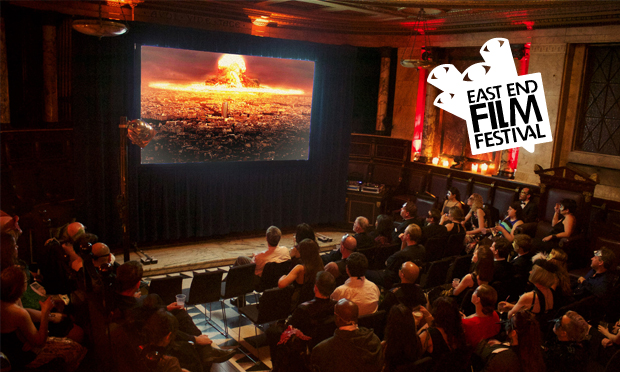 Known for its bold cinematic voices and pioneering multi-platform events, the festival has grown from a local film showcase under the umbrella of Tower Hamlets Council, to an international home of discovery, with a focus on 1st and 2nd feature exhibition. With a clearly stated commitment to reaching diverse audiences and representing different perspectives, EEFF explored the limits of the filmmaking story without compromise, addressing local and global issues from identity to activism, postcode wars to the environment. Over the years, it has welcomed a wealth of high profile guests including Sara Driver, Hugh Grant, Aleksei Balabanov, Andrea Riseborough, Danny Boyle, Jaime Winstone, Mostofa Sarwar Farooki, Jerry Hall, Asif Kapadia, Lee Scratch Perry, Ken Russell, and Ron Perlman, the latter describing it as ”far and away my favorite festival experience to date”.

East End Film Festival thrived thanks to the goodwill and support of many, but ultimately has been unable to secure the funding necessary to sustain its activities.

“It’s terribly sad of course, but we have a lot to celebrate,” continued Alison. “Alongside our film series we have commissioned poets and performers, launched soundtracks and educational programmes. We have applauded and appreciated film in all its forms and genres. We’ve been at the cutting edge and the very centre of the cinema experience. It really has been a pleasure and an honour to be involved.  Our heartfelt thanks goes to all the filmmakers, artists, sponsors, staff and volunteers who’ve supported us over the years. It’s the end for now, but who knows, one day there may be a sequel.”