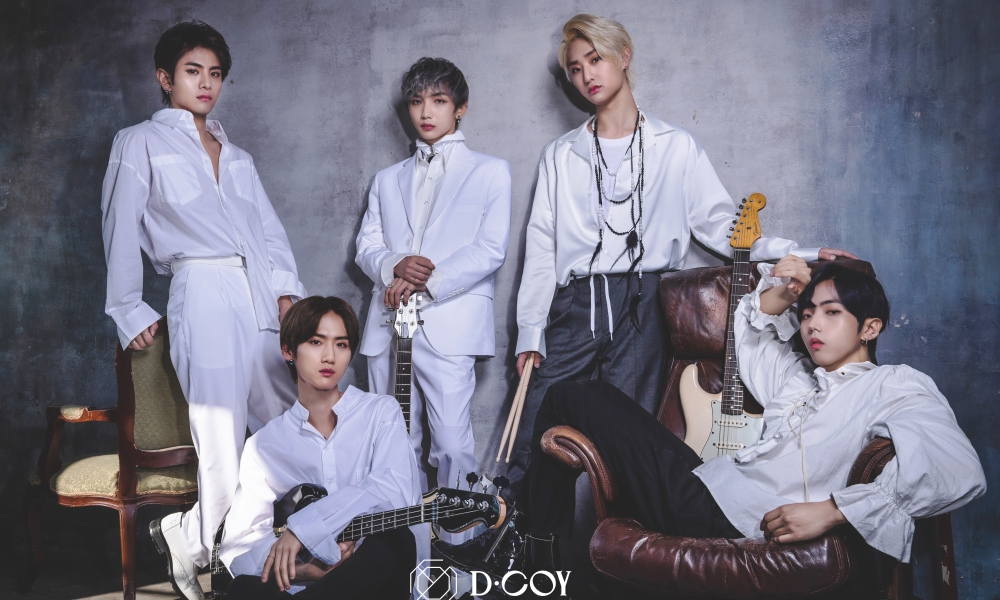 “We Always Want Everyone to Hear Our Songs” – In Conversation with D.COY, a South Korean band

D.COY, a South Korean band, began their musical journey back in 2016. However, they officially debuted in February 2020 with their single, Color Magic, which also included Come to Light. With the first one being produced by Lee Seung-ju, a composer responsible for Beautiful Life, the OST of Guardian: The Lonely and Great God, and the second one written by Jung-min, the group has set high goals for themselves.

With many K-Rock and Pop bands appearing on the horizon, such as Day6, The Rose and Onewe, D.COY has big shoes to fill. But with their hard work and ambitions, the group has a great chance of joining the line of the aforementioned groups. Prior to D.COY’s debut, they gained attention through Naver’s Musician League, an open platform for musicians where fans can listen and explore new songs from their favourite and new artists. D.COY also participated in the Sichuan Rock Festival which opened a wider spectrum of what it means to be in a band.

Although D.COY has been intensively promoting their debut single, Color Magic, the artists found time to have a chat with View of the Arts about their music, what inspires them the most and what it’s like to be in a band. 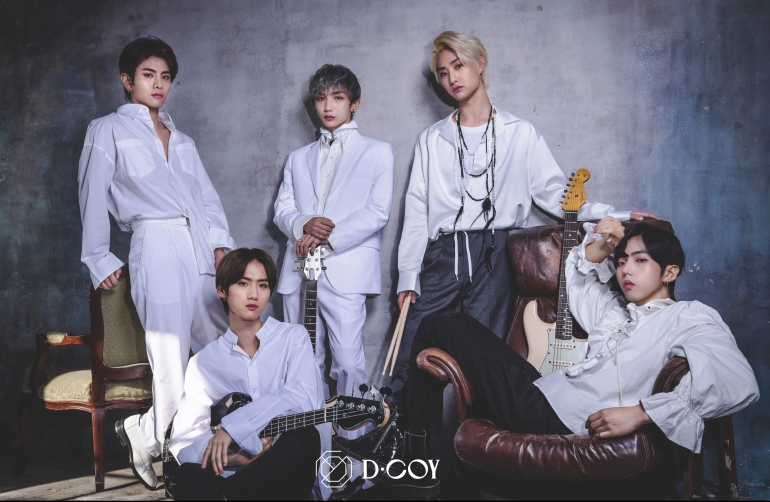 You have been playing together since 2016, however, you officially debuted in February 2020. Was it your dream to become singers and be a part of D.COY?

D.COY: Usually, the members are chosen after the Korean idol team has been established, but since we wanted to make music with each other from the beginning we all got together and became D.COY. It was our dream to make music together.

(Question for Sung-woo) Your voice is truly impressive – deep and well-controlled, particularly when you listen to the song ‘Come to Light’. That being said, you can also pull off a good falsetto. Did you receive any formal training before becoming a professional singer?

Sung-woo: I had never been formally trained before, but I received training after joining the company.

(Question for Jung-min) Apart from playing the keyboard, you also sing. How challenging is it to play the keyboard and sing at the same time?

Jung-min: It is extremely difficult. Since I was never formally taught to play the piano, I had to practice harder than others. It is still very difficult, but I am practicing consistently.

You debuted with ‘Color Magic’, a single that also included ‘Come to Light’, what was the creative process behind both songs?

D.COY: After a lot of hard work, we chose the title track and the B-side track, recorded each instrument part, and then recorded the vocal lines and chorus over the sounds of the instruments we had worked on. This is how the two songs came to be.

In the case of Color Magic, Lee Seung-ju was both the songwriter and composer of the song, but the lyrics would not stick to our mouths, so to say. Therefore, we modified the lyrics together to create the current Color Magic.

In the case of Come to Light, the members arranged and further worked on the song that our leader, Jung-min, had already worked on. 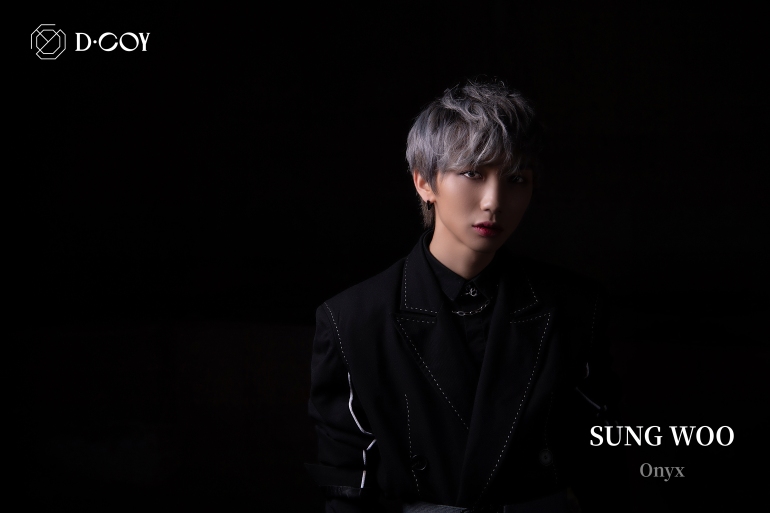 Where did you draw your inspiration for ‘Color Magic’ and ‘Come to Light’ from?

D.COY: Color Magic is a song we received from composer Lee Seung-ju. In regards to the lyrics we wrote, when we first received the song and heard it, we were guided by the colourful content and wanted to express the association between it and our five colours (gemstones). In addition, the current lyrics were made in relation to the song Come to Light from the same album.

Come to Light is a song that Jung-min worked on a long time ago, and which he made while thinking of the members. Thinking of the members, he unravelled the story through the medium called “light”. The song expresses the hope that the members will be each other’s “light” in their future music endeavours.

‘Color Magic’ was produced by Lee Seung-ju, a composer who also produced ‘Beautiful Life’, the OST of ‘Guardian: The Lonely and Great God’. How was that for you? Did you receive any advice on your music career?

D.COY: It was a very good experience. He helped us record smoothly and with a pleasant ambience. Since composer Lee Seung-ju had lived the band life in the past, he divulged many of the stage and broadcast performance elements, especially to our main vocalist, Sung-woo. As a band, we have been given a lot of advice and help concerning the process of growth. 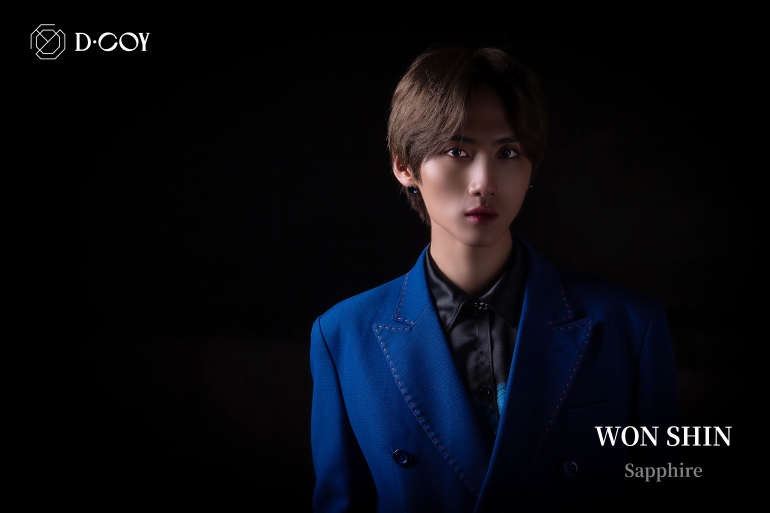 What’s the hardest thing about being in a band? As there are five of you, there must also be five different personalities. How do you work as a team? And how has your sound evolved since you first formed D.COY?

Hyuk-jin: I do not think there is much difficulty. All five of us have different personalities, but I think this is also an advantage and has its charms. Due to our distinct personalities, our favourite music genres differ as well, so I feel that our musical spectrum is as such being expanded. The sound I had was originally my own personal one, but as a band, we have come to possess a harmonized sound, and as a result, I think the public has come to like my own sound.

Won-shin: It is difficult when each individual’s personality is different. However, I believe we are growing by becoming considerate and understanding of each other’s differences as we work together as a team.

Sung-woo: I find the responsibility of being the main vocalist to be the hardest part. I am not really concerned about the differences in members’ personalities. There are some things we do together, but also others that we do separately, so it does not matter to me that we have different personalities. I think in the past my vocals were quite unorganized, but by meeting the members I gained diverse feedback, which has helped my vocals to develop and become clearer.

Jung-min: As a leader, I think the most difficult thing is to showcase all of our members’ strengths. Our personalities may be different, but through these differences, each one of us can show a wide musical spectrum to the public, so we are able to experiment with various kinds of music. I am learning about sounds that could be a little more familiar to the public and comfortable to listen to, and, in the future, I hope to show some more of my growth. 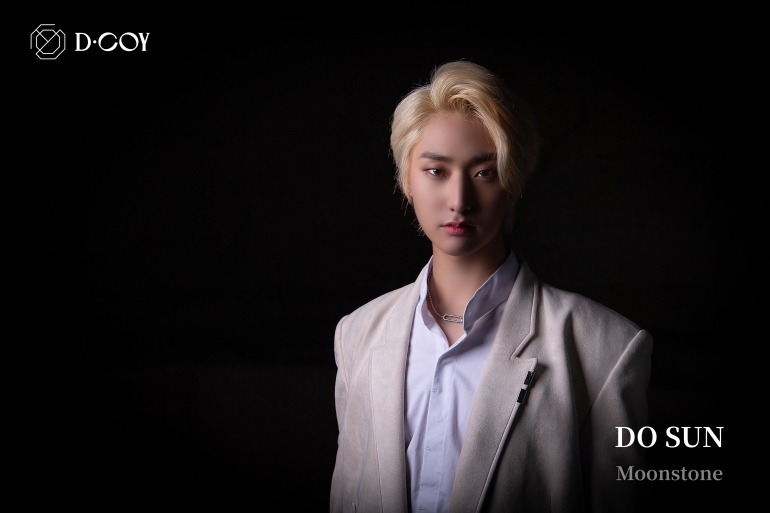 Looking at the Korean music industry right now, where do you think you fit musically, and where do you aspire to fit in the industry?

Do-sun: I think we cover a variety of genres. We do not intend to confine ourselves either way, but rather want to appeal to our strengths in various areas. Our biggest advantage is that we have a wide musical spectrum.

Are there any singers, vocalists or other idols who inspire you musically? Who motivates you to work hard and stay on track?

Hyuk-jin: Radiohead, and I fell in love with Jonny Greenwood’s creative guitar playing. I am also motivated by our company’s employees. Our joint effort and shared worries make me want to do better.

Won-shin: James Smith, because his vocal range is wide, in addition, his vocals have no genre limitations. I am motivated by my teacher, Peacock’s Cho Young-il, who inspires me. I have admired him for a long time. He made me want to make music and learn more, gave me a lot of music-related recommendations and advice, so I believe he is indispensable in my musical life.

Do-sun: The growth and progression of MINUE’s and F.T. Island’s musical careers are one of my inspirations. I am most motivated by monitoring myself, because I want to showcase even more of my improvement when I grow, when I “whip” myself.

Sung-woo: I think Liam Gallagher’s self-confident image is very cool. When I watch him sing on stage, it makes me think that I also want to be like him. People who motivate me musically are those who have hurt me. I want to show myself as confident and cool to those who disregarded and hurt me. 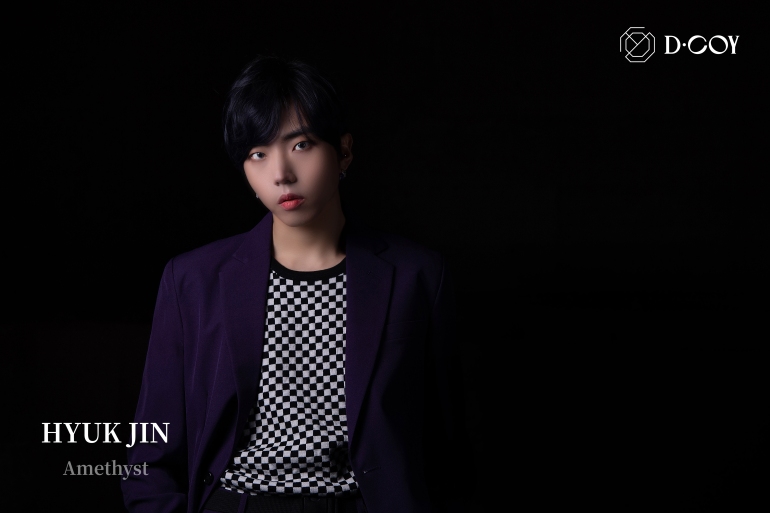 When you look at your careers as musicians, may it be playing the drums, the bass, the keyboard, the electric guitar or singing – what would you say are currently your main artistic challenges?

Won-shin: I think bass and songs are always mountains to be climbed. This is because I believe that we have to continuously solve problems and grow – we cannot stop just because we have solved one problem.

Hyuk-jin: Performance is always a concern. I have always admired people who put on a great performance and I wish I looked cooler on stage for the audience, which is why this is my biggest concern and challenge currently.

Sung-woo: I believe the most important thing is to sing well. Also, the biggest challenge and homework I am working on right now is having confidence. 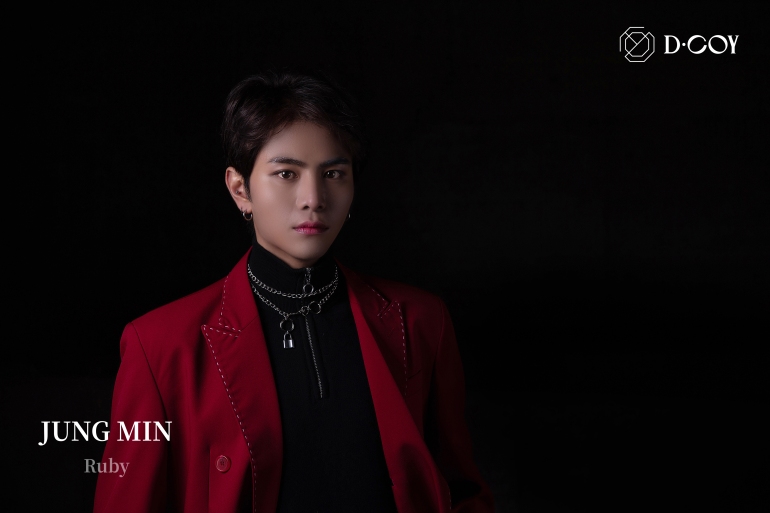 When you’re not working, what do you do to get away from it all and relax?

Hyuk-jin: Cook by myself and eat delicious food.

Now, that you have released ‘Color Magic’, do you have any plans to release an EP or a full-length album?

Jung-min: We always want everyone to hear our songs, but at the same time we worry about them and put a lot of effort into them. Therefore, we are going to release an album as soon as it is ready. We think that the public will be able to hear a new EP album in the near future.

Is there a message you would like to send to the UK audience?

Won-shin: We have many things planned for the future as well, and if there is a chance to visit the UK during one of these numerous activities, I definitely want to go at least once.

Hyuk-jin: Since I was a child, I have admired many British rock bands and I always lived thinking the UK is the country of beautiful music. I hope there will come a day when I can meet all of you.

Do-sun: I really want to go there. Performing in the UK would mean a lot to me.

Sung-woo: Since I love British culture as much as you guys love Korean culture, if you call our name, D.COY, I would love to joyfully sing our songs for you.

Jung-min: I want to show you all a K-band that can thrive even in the UK, the home of rock. I hope you will continue to follow D.COY’s musical path in the future as well.

All other photos © Rolling Culture One (All Rights Reserved)

General, In Conversation with, K-pop, Music