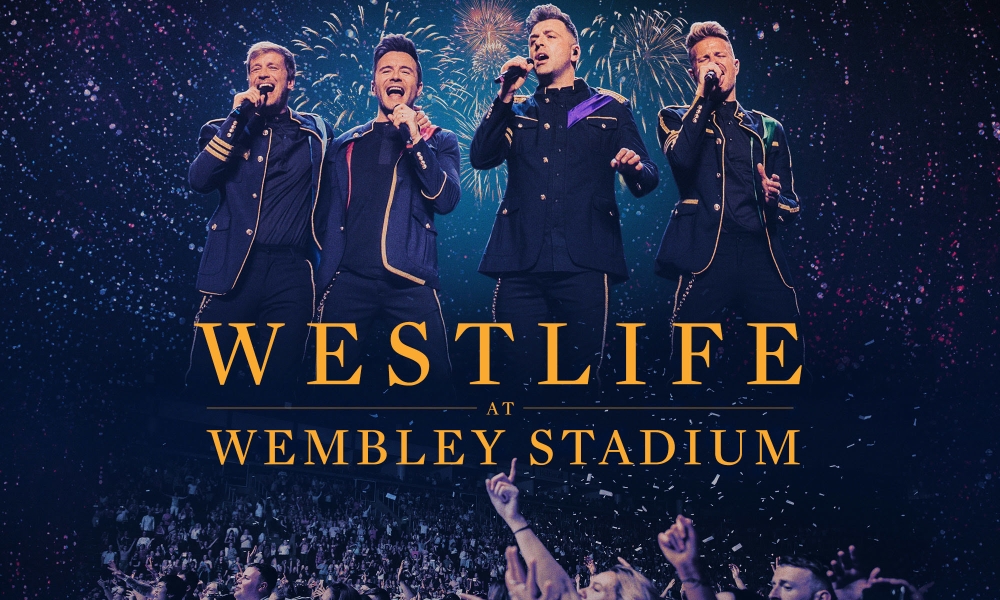 The UK’s top selling album group of the 21st century, Westlife, will be the first major music act to perform at Wembley Stadium in over two years this August. The global pop kings will make history with two massive greatest hits shows on Saturday 21st and Sunday 22nd August.

The opening night on Saturday 21st August is already sold out. The Irish pop superstars are today announcing an extra date due to huge demand. News of Westlife’s Wembley Stadium announcement follows a big week for the band in which they announced a new deal with eastwest and Warner Music and revealed details of a new album to be released later this year.

The spectacular Westlife Wembley weekend, on Saturday 21 and Sunday 22 August 2021, will see the Irish pop icons perform their greatest hits including Swear It Again, Flying Without Wings and You Raise Me Up as well as sensational uptempo songs such as World of Our Own and the recent smash hit Hello My Love which featured on the 2019 best selling album Spectrum which was co-written by Ed Sheeran and Steve Mac.

It will be the first time ever Westlife have played Wembley Stadium. It follows the stunning success of their 2019 ‘Twenty Tour’ which sold a record 600,000 tickets across 27 cities and 13 countries. Westlife fever is now set to capture the UK this summer at what will be the biggest live music concert in the country. The band will be supported by All Saints & James Morrison on 21st August and All Saints & Anne-Marie on 22nd August

Shane, Nicky, Mark and Kian confirmed the news on ITV’s Lorraine on March 19.

“This is a historic moment. Not only is it a huge moment for Westlife, it is a massive event for live music all over the world. This is a once-in-a-lifetime experience and we cannot wait to be back on stage. Our two nights at Wembley Stadium will be bigger and more spectacular than anything we’ve done before. These will be our greatest ever shows in the UK”, say the band.

“The Wembley weekend is going to be a massive celebration. It will be full of surprises and special guests on both nights. It is not to be missed.”

Westlife have sold over 55 million records worldwide, and are the only band to have their first 7 singles enter the UK chart at No.1. They also have the most singles of any artist to debut at No.1 in the UK. Overall the band have had an incredible 14 No.1 singles, behind only Elvis Presley and The Beatles. They have had 33 No.1 albums worldwide.

As a live act Westlife have sold over 5 million concert tickets worldwide.