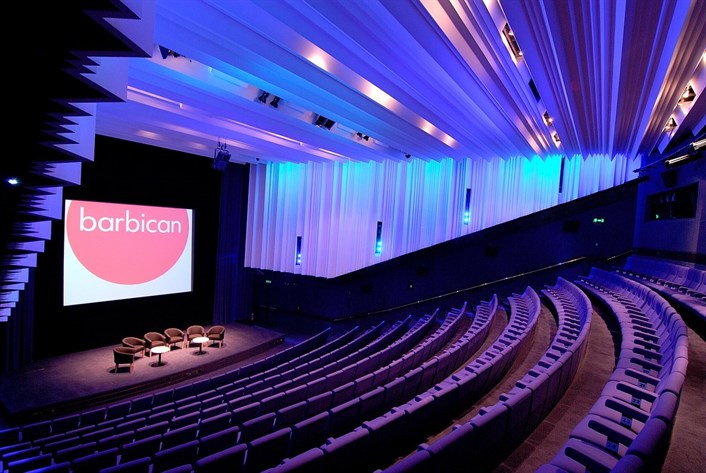 There is an alternative history of cinema, one quite apart from the commercial mainstream, but also a distinct subset of experimental cinema: films made entirely by hand, without a camera. The Barbican Cinema season Splash, Scratch, Dunk! Films Made by Hand, celebrates the work of these maverick artists and filmmakers.

Filmmakers have worked in this tradition since the 1930s, drawing, painting or scratching directly onto film; fixing materials to the filmstrip; purposefully decaying the film stock by bleaching or salting it, or leaving it buried in soil for months at a time.

Screening in July and early August, over four events, this international series of pioneering shorts spanning from 1935 to 2014, includes enduring classics by artists such as Maurice Lemaître, Len Lye, Margaret Tait and Aldo Tambellini alongside works by contemporary directors including Naomi Uman, Peggy Ahwesh, Louise Bourque and Josh Lewis.

In true DIY spirit, these artists have developed their own processes, welcomed chance outcomes, and experimented with an array of everyday tools and materials: brushes and felt-tip pens…but also household bleach, glitter nail polish, even bodily fluids! The filmmakers in this series have different aims, or aspirations, for their work, using the craft to articulate issues related to feminism, identity politics or to represent an attack on film itself.

Splash, Scratch, Dunk! opens on 8 Jul with Raw Vision, a programme of bright, colourful films made – entirely without recourse to photography – by scratching into, painting on, or affixing things to the surface of the filmstrip.

Highlights include Len Lye’s lively and vibrant A Colour Box (UK/ New Zealand 1935) and Aldo Tambellini’s Black Is (US 1965).

The season continues on 15 Jul with Troubling the Image, a collection of handmade films where photographed footage is overpainted or scratched by the artist. Cathy Joritz in Negative Man (Germany 1985) takes aim at male authority, scratching a pigs ears and snout onto the male talking head in a found educational film; and Boris Kazakov in Stakes (Russia 1999) critiques the Soviet belief in the inevitable victory of scientific and technical progress.

The season concludes on 5 Aug with Maurice Lemaître’s Has the Feature Started Yet? (France 1951), with a pre-recorded introduction by Professor Nicole Brenez.
In this hugely influential film the artist works against the usual cinematic conventions of sequence, narrative and intelligibility – disorienting viewers with dizzying jump-cuts, inserting single-frame explosions, and scribbling onto the footage.

“It’s not just action-spectaculars that look better on the big screen, we’re delighted to offer audiences a splash of colour, with more than 30 beautiful and rare handmade films – on different formats, from archives and filmmakers from across the world – from this neglected corner of cinema history.”

Dive into a world of colour with this programme of films made by scratching into, painting on, or affixing things to the surface of the filmstrip. The films in this session are made entirely without recourse to photography: the abstract imagery on show is derived exclusively from the artists’ interventions on the surface of the celluloid itself. The programme begins and ends with Len Lye, a pioneer of handmade cinema, and a touchstone for the handmade moving image-artists who came after. The artists in this line-up worked to differing conceptual aims and achieve a variety of aesthetic effects. With his geometric patterns and vibrant colour, Lye sought to give shape on celluloid to the energy in his own body, then relayed to the viewer on screen. Of a more mystical bent, Harry Smith in his films mined his own subjectivity, hoping to reveal hidden truths and introduce a new way of seeing. Meanwhile, Aldo Tambellini’s exploration of blackness was inspired by the social, political and spiritual context of his times – the civil rights protests, space race, and counter-cultural experiments with drugs and Eastern religion.

The films in this programme are among the most iconic examples of handmade cinema of all time.

This programme assembles examples of handmade films where photographed footage – mainly found footage – is overpainted, scratched or scraped by the artist. The disruptions the artists make to the image are to a variety of ends. Some are purely conceptual. Jennifer West’s film references and appropriates a cinematic icon – Michelangelo Antonioni’s Red Desert – and leaves it scarred from dragging a 35mm print across the pink beach in Sardinia where it was filmed. Other works are more explicitly ideological, approaching a range of social and political concerns. Sometimes this is done in the spirit of graffiti – defacing and counteracting the work of the pre-existing imagery. Cathy Joritz takes aim at male authority, scratching a pigs ears and snout on the male talking head in a found educational film; over-painting and scratching footage from a Russian sci-fi film, Boris Kazakov critiques the Soviet belief in the inevitable victory of scientific and technical progress. Sometimes, the artist’s graphic interventions serve instead to electrify and make strange. In her film about institutionalised racism, Kelly Gallagher’s marks – made by Sharpies and glitter nail polish, among other things – have just this effect on archive documentary footage.

This programme collects films whose imagery has been produced by the artist purposefully eroding the photochemical emulsion on the surface of the filmstrip. The artists in this session have achieved their effects by exposure, use of chemicals, or natural biological processes; they have created new imagery, or altered pre-existing images. As ever, their intentions are hugely varied, but are often turn on complex ideas about decay and transformation. Josh Lewis attempts to represent his roiling mental state in his Doubt films by applying various chemicals to individual rolls of 16mm black-and-white film stock, which he then exposes. Louise Bourque buried some outtakes from her early films in her back garden; digging them up, she discovered images of herself, captured by chance, semi-preserved. Here the artist’s act is one of destruction and resurrection, resulting in a kind of post-mortem self-portrait. Two of the films in the selection, by Naomi Uman and Peggy Ahwesh, offer a potent feminist critique, making use of old 70s porn films either purposefully eroded (by nail polish remover!) or found in a state of chemical decay, then manipulated – images of degradation, degraded.

In this hugely influential handmade film the artist’s interventions on the filmstrip constitute a destructive assault on the material of film itself. Lemaître’s intention is to draw the audience’s attention to the constructed nature of the cinematic image; his style is purposefully confrontational. He works against conventions of sequence, narrative and intelligibility – disorienting viewers with dizzying jump-cuts between subjects, inserting single-frame explosions of blank white leader, and scribbling onto the footage with a torrent of dots and cross-hatches. He also exposes the mechanics of film construction by making visible the filmstrip’s black frame borders, sprocket holes and splices. The director’s work here is poles apart from Len Lye and his joyous colourful abstractions, and yet for their example of ‘creative destruction’ Maurice Lemaître and fellow filmmaker Isidore Isou are often credited with Lye as key influences on the handmade filmmakers who came after. To discuss them, and the Lettrist movement to which they belong, Professor Nicole Brenez will give a pre-recorded introduction to introduce the screening.

For more information got to https://www.barbican.org.uk/whats-on/2021/series/splash-scratch-dunk-films-made-by-hand