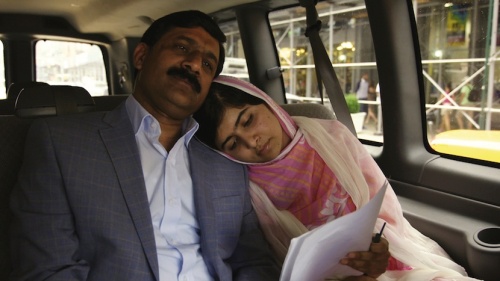 The 59th BFI London Film Festival: He Named Me Malala

He Named Me Malala is a documentary directed by Davis Guggenheim, an American filmmaker whose films, An Inconvenient Truth, It Might Get Loud and Waiting for ‘Superman’, have been in the top 100 highest-grossing documentaries since 2009. Guggenheim’s film tells the story of Malala Yousafazai, a young Pakistani girl who advocates for girls’ education and human rights. […]

In Conversation with Marijn Poels

Marijn Poels is a documentary and independent filmmaker, who stole my heart with his extraordinary film stories. He focuses on making reports and films worldwide for organisations, governments and educational films concentrated on human rights. Apart from being a filmmaker he is also a writer and photographer. Poels’ film style is characterised by real-life recordings, […]