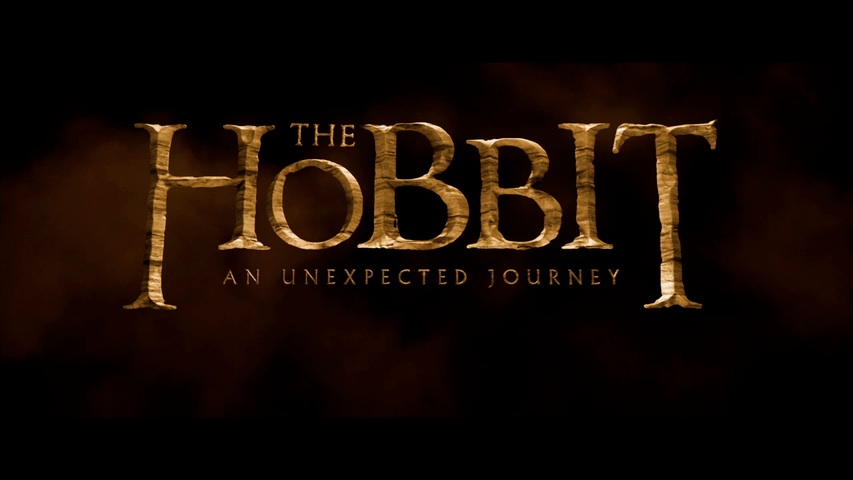 The Hobbit: An Unexpected Journey Review

The Hobbit: An Unexpected Journey is the first of three parts, adapted from The Hobbit by J.R.R. Tolkein and directed by Peter Jackson who previously brought the  ‘Lord of The Rings’ trilogy to our screens ten years ago. The Hobbit is the story of Bilbo Baggins, uncle to Lord of the Rings protagonist Frodo Baggins, and his adventure to help the dwarves of Erebor take back their homeland from the dragon Smaug. This first installment shows the beginning of their long  journey. In The Hobbit we are introduced to the main characters, namely Bilbo Baggins (Martin Freeman) and the Dwarves: Fili, Kili, Oin, Gloin, Dori, Nori,  Ori, Dwalin, Balin, Bifur, Bofur, Bombur and Thorin Oakensheild. We also see a welcome return from Gandalf the Grey (Ian Mckellen), Gollum (Andy Serkis), Elrond (Hugo Weaving), Saruman (Christopher Lee) and Galadriel (Cate Blanchett).

The film starts with a brief overview of Erebor’s past, much like the history of the ring given in the Fellowship of the Ring, by Ian Holm (who plays Bilbo in LOTR) as well as a fun, albeit short, look into the moments prior to the fellowship. We then begin to see Bilbo’s tale, the comic entrance of the Dwarves and Bilbo’s decision to leave the Shire. This section, although seen by some as being too long, was the second best of the entire film; the comic timing of Martin Freeman and the dwarves respectively, the wonderful songs, and the mighty performance from Ian Mckellen really made this part stand out. We are then thrown into the adventure, following Bilbo and company tackle Trolls, Goblins and Orcs. The scene which stole the show though was the riddles in the dark, in which Bilbo and Gollum first meet and partake in a game of riddles which may or may not lead to Bilbo’s death, it is also the moment when Bilbo discovers the ring of power – one of the most important events in Middle-Earth. This scene, which is incredibly acted by both Andy Serkis and Martin Freeman alike was entertaining and thrilling to say the least and was, by far, the best part of the entire film. The performance capture technology used to create Gollum from Andy Serkis was also impressive, Gollum looked incredibly realistic and it was obvious that Weta Digital have improved dramatically since the Lord of the Rings.

In The Hobbit we are also introduced to the concept of the Necromancer, a character which doesn’t feature in the novel, who -as has now been speculated- is the beginning of the return of Sauron. This added storyline is intriguing and although it wasn’t discussed for very long I look forward to seeing it develop throughout the three movies. Another addition to the storyline was Radagast the Brown (Sylvester McCoy) who is a lower tier wizard to Gandalf and Saruman that surrounds himself with nature. Although he doesn’t feature in the film for very long, I felt that he was a warm character that I instantly took a liking to however his quirky nature will definitely make him either loved or hated by the audience. The Dwarves acted well. Richard Armitage, who played Thorin Oakensheild, was fantastic in being the strong leader of the company whilst James Nesbitt also brought comic value to the film. Jed Brophy (Nori) and Ken Stott (Balin) were also very entertaining characters, I hope to see more of the Dwarves in the next two films. Also, the return of Elrond, Galadriel and Saruman was a wonderful sight to see as we were able to learn more about them, especially Saruman who is still on the side of the good in this film.

However, even though this film had its strong points, it also had its faults which ultimately irritated me and as a result left me a little dissapointed. First of all, the decision to make The Hobbit into three films rather than two has definitely effected this first installment, leaving it with scenes that were far too long for the amount that happened in the film and also left me feeling bored. As an avid fan of the Lord of the Rings, both exteneded and normal editions, I found it quite surprising to feel frustrated at the slow nature of the film (and yes I do realise that The Hobbit is a far shorter book). Perhaps reading the book and watching all the production videos before the films release was a bad decision and meant I had far too high expectations for The Hobbit. I do believe, however, that the next two films will be much better as more will occur in the storyline. Another thing I disliked was the decision to use CGI to create the White Orc whilst his ‘followers’ were the same prosthetic make-up wearing actors. Of course, as I have discovered, there was actually a person standing in during scenes with the White Orc, however I felt that the way in which he was designed was a failing of Weta Digital, he seemed clazed over and was obviously computer generated. I think that had they done a similar thing to the Orc leader in the end of the fellowship or even in return of the king this would have worked in their favour. Of course, this is ultimately my opinion and I know that very few people agree with me on these points.

Objectively I feel that The Hobbit is a good first installment to the upcoming Hobbit trilogy and, although being quite slow at times, was good fun to watch. I am waiting in anticipation for ‘the desolation of Smaug’!

The Hobbit: An Unexpected Journey is in cinemas nationwide.