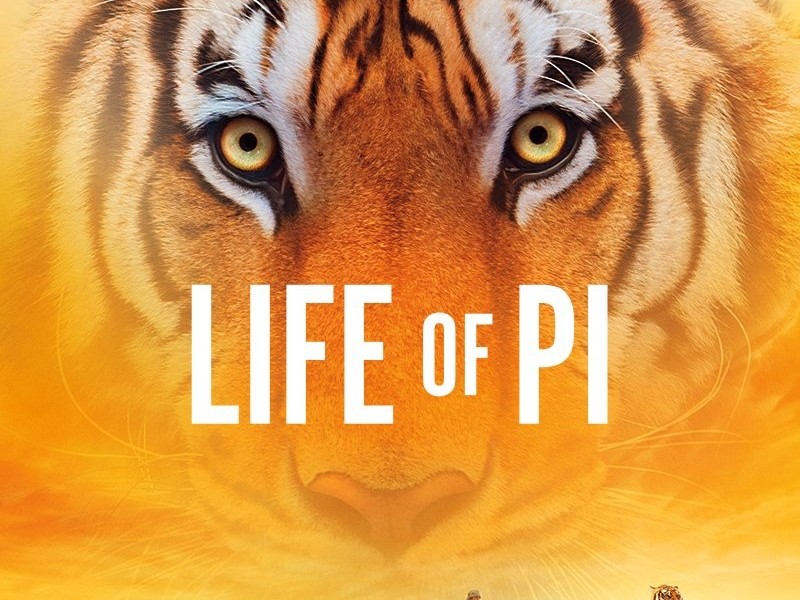 Originally a novel by Yann Martel, Life of Pi is an elegant portrayal of the existence of God and the faith which is inherent in all of us. The story follows the incredible life story and journey of Piscine ‘Pi’ Patel, an Indian boy who, after the ship he, his family and their zoo are travelling on sinks unexpectedly, is left stranded on a lifeboat with an orangutan, hyena, a zebra with a broken leg and a tiger called Richard Parker. The story follows his survival in the Pacific Ocean over 227 days with Richard Parker (you can guess what happens to the other animals) and the test of Pi’s faith as a result of this hardship. The film was adapted beautifully by Ang Lee, director of House of Flying Daggers, this is definitely one of the better films I’ve seen recently.

Newcomer Suraj Sharma plays Pi, and does a fantastic job at encapsulating the self-discovery and test of faith felt by his character. This being his first ever acting role, and having been chosen by accident after accompanying his brother to the auditions, I was very impressed by Sharma’s performance. He was capable of moving me beyond words when all hope seemed lost, and he did a fine job at acting with a tiger which was not actually there. His ability to create such intensity was wonderful to see, I hope he will become a household name in the years to come. In fact, every actor who played Pi, younger or older, was well chosen. Irrfan Khan, who played the adult Pi was particularly good. Whilst the younger actors who played Pi, Ayush Tandon and Gautam Belur respectively, did a very good job in portraying Pi’s innocent nature, his curiosity and his faith in several religions. Meanwhile Rafe Spall, who played the ‘writer’ who wanted to know Pi’s story, was an interesting character as, to me, he seemed to represent the audience and this was done very well.

However, the film would not be as beautiful and moving as it was without the incredible CGI used throughout. The book was meant to be ‘unfilmable’, but here we are given a wonderful spectacle through the masterful graphics. There were over 700 people who worked on the special effects, visual effects and animation department alone, all of whom were essential in making this film as visually pleasing as it was. The sea life, other animals and sea, for example, were all done wonderfully. However, it is the team behind Richard Parker who should be congratulated most. In this film it seemed that the tiger had actually been trained for the purpose of this project, however Richard Parker was created using computer graphics in practically every scene. Only in some scenes was a real tiger used. This, in itself, should prove the achievement and beauty of the work that has been created here. In short, if they don’t win awards for the special effects then I will be extremely disappointed by this year’s awards season.

The visual imagery used in this film, and undoubtedly probably in the book (I am yet to read it), are inspiring. What I loved seeing was the recurring image of the Hindu God Vishnu lying down, which in the Hindu culture is Vishnu sleeping on the sea of the cosmos thus creating us in his dreams (as explained by Pi in the movie). In a way I felt that this enhanced the idea that faith is an important aspect in our lives, and especially Pi. Ang Lee’s vision, alongside cinematographer Claudio Miranda, was stunning and really helped bring this story to life. Of course, as mentioned above, the graphics department did a phenomenal job. The soundtrack, composed by Mychael Danna, was also well done whilst the costume designer Arjun Bhasin did a wonderful job in capturing the culture, and style, of India.

Life of Pi is a fantastic film which has originality, an incredible lead performance and beautiful graphics to enhance its strengths as a production. I would recommend that everyone should see this film, it might surprise you and hopefully will move you.

Life of Pi is in cinemas nationwide.