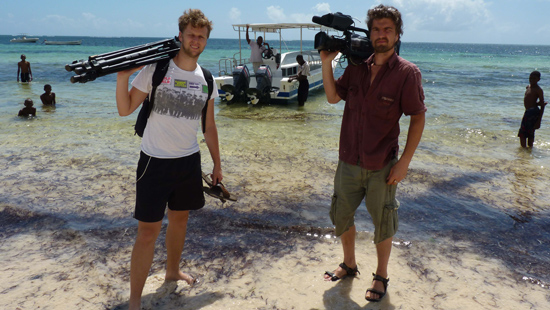 In Conversation with Ruud Lenssen

Ruud Lenssen is an independent documentary filmmaker. His films focus on socially relevant topics. In 2010 Lenssen graduated from the Willem de Kooning Academy in Rotterdam with a BA in Audiovisual Design. His graduation film ‘Kathem & Chris’, a short documentary about the friendship between former asylum seeker Kathem and the local villager Chris in the Limburg village Tienray, won the Prize for Best Dutch Student Film of 2010 at the Dutch Film Festival in Utrecht. Apart from being a filmmaker Ruud Lenssen has extensive experience as a cameraman/ editor and is the founder of the film production company Noise Films. His latest film ‘Between Two Worlds’ was screened at the Let’s All Be Free Film Festival in April 2013, in London, UK.

View of the Arts: Unfortunately you were not able to participate in the Let’s All Be Film Festival, however, Marijn – the filmmaker you made your short about, came to represent you. Could you tell me more about ‘Between Two Worlds’?

Ruud Lenssen: Between Two Worlds is a documentary about the Dutch filmmaker Marijn Poels. In my opinion Poels is not a regular filmmaker. He wants to make us aware of the problems in third world countries and by doing so he has to travel eight or nine times a year to these countries. Between Two Worlds focuses on the impact that working in third world countries has on Poels his own life. How does he cope with all he has seen when he returns to his safe environment in Berlin?

View of the Arts: Why did you decide to make a documentary about another director?

Ruud Lenssen: When I first met Marijn Poels I was very intrigued by his stubbornness. He is very stubborn in achieving his goals; to close the gap between the rich and poor, or at least make a difference. One day Poels invited me to join him on one of his journeys to assist him. While I was there assisting him, I just started shooting images of Poels with my own camera. There was not really a clear moment in which I decided to make a documentary about another director. It just happened.

View of the Arts: What was behind the project and what was the purpose of making the film?

Ruud Lenssen: I wanted to find out how Poels deals with all the issues in poor, development countries when he gets home. Besides that, Between Two Worlds also gives us a view in the process of filmmaking. To give a right representation I wanted to follow Poels in all his journeys, but this was simply impossible. Between Two Worlds was made without a budget. So we decided that it would be best if Poels would carry a small video camera with him always, it would become his video-diary. This way he could tell me all about his adventures, problems and emotions, on location. Eventually I ended up with several hundred hours of footage and Between Two Worlds became a collection of several different film styles. But this mix of styles does represent the vibrant lifestyle of Marijn Poels.

View of the Arts: You travelled with Marijn to different parts of the world, which was the most challenging one?

Ruud Lenssen: One of the countries I travelled to with Marijn was Kenya. This was my first time in Africa and I loved it. I loved the people, the smell, the culture. But I also found out how big the gap is between Europe and Africa. We went to the biggest slum of Africa, the Kibera in Nairobi. You can feel the desperation in the air. People in the Kibera are trapped and it doesn’t seem like there’s a way out of there. As I said, it was my first time in Africa and my first time in a slum. It was like a punch in the face.

View of the Arts: Do you think that making a documentary is easier to making a feature or short film?

Ruud Lenssen: Yes I do think it’s easier to make a documentary than to make fiction. In fiction your whole film can fall apart if there’s bad lighting, a problem with the audio or just an actor who’s not reliable. This is because people have to believe in fiction and when it’s not credible, it falls apart. In documentary you have the luxury that what your telling is the truth or a vision on reality. A whole lot of things can go wrong but it doesn’t matter, it makes it even more real. I don’t say making documentaries is easy. It’s very difficult to find a good story, keep the attention of the audience, make it visually interesting and to just get it done. But you’re not bound to 30 crew members so that’s a huge benefit in time and budget.

View of the Arts: As you know the Let’s All Be Free Film Festival was all about freedom. What does freedom mean to you as a director?

Ruud Lenssen: I think the most important thing for a documentary filmmaker is being free. Free to choose your subject and theme, free to tell your story without being afraid of being captured. Free to denounce problems, free to express your opinion.

View of the Arts:  Can we expect a new project from you anytime soon?

Ruud Lenssen: I’m currently working on a 65 minute documentary called ‘Common Sense‘ (Dutch title: Verstand op Nul). It’s a story about four people with a mental handicap that want to show they are capable of living a ‘normal’ life. I worked on this documentary for about one year and a half. It’s currently in post-production and will be available for film festivals this upcoming summer. 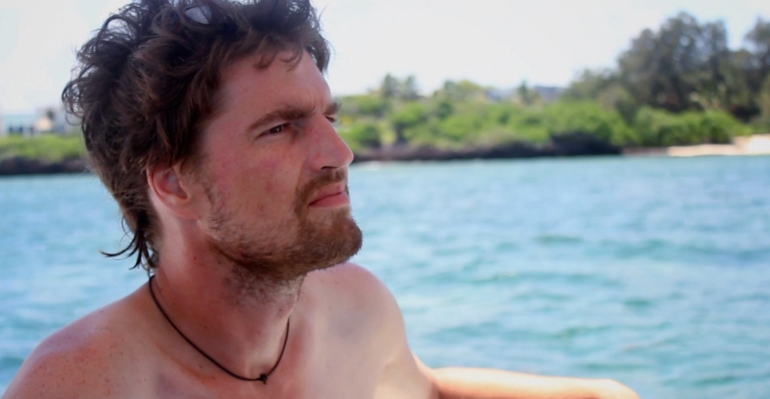