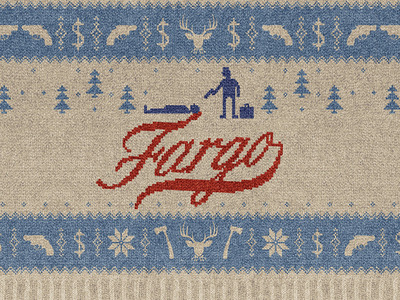 Loosely based on the Coen Brother classic of the same name, Fargo is a dark comedy focused on the consequences of giving in to the devil. The show opens in Minnesota and follows Lester Nygaard, a self effacing man put down by those around him. Following a chance meeting with hitman Lorne Malvo, Lester’s life is turned upside down as he chooses to listen to the devil in front of him. With his wife dead and the Chief of Police soon after, Lester must stay one step ahead of Deputy Molly Solverson as she tries to uncover the truth and bring Malvo and Nygaard to justice.

Billy Bob Thornton’s portrayal of Lorne Malvo contained the perfect level of malevolence and intensity: his every scene making my heart race while leaving me wondering whose life he would ruin next. Thornton’s powerhouse performance ensured that the show’s pace pushed on relentlessly, the repercussions of his actions increasing tensions in the show. Allison Tolman’s take on Deputy Solverson, meanwhile, was a direct contrast to Malvo. She was the epitome of good in a society tainted by Malvo’s influence. Her compassionate performance provides one of the only lovable characters in the show, and an easy comparison can be drawn to Frances McDormand’s Marge Gunderson in the 1996 original. Given that the series focuses on the extent to which an individual can be pushed to commit inhumane acts, it comes as no surprise that Martin Freeman’s Lester Nygaard is a key character. His evolution from an unassuming person into a bold and manipulative killer is slow but intriguing and Freeman’s performance is sublime.

While the actors, and their performances, are a key driving force in the show, they by no means detract from the powerful script crafted by Noah Hawley. His ability to establish a strong set of characters and to lead the audience down the story’s dark path is gratifying. One of my favourite aspects of Fargo was Hawley’s references to the original film, which he linked through not only the use of the same setting but the inclusion of Stavros Milos’s discovery of Carl Showalter’s hidden money. Another allusion to the original film, and one that made me incredibly happy, were the parallels in the pregnancies of both Molly Solverson and Marge Gunderson and their conversations with their respective husbands, as they provided a moment of humanity in an otherwise brutal story. I am not exageratting when I say that Fargo’s visual landscape was breathtaking, Dana Gonzales and Matthew J Lloyd’s cinematography emphasising the beauty and isolation in a Minnesotan winter. The overall ambience of the show was reminiscent of the calm before a storm and this feeling intensified as the story unfolded in each episode.

Fargo is, without a doubt, one of the best television shows I have seen and I highly recommend it.