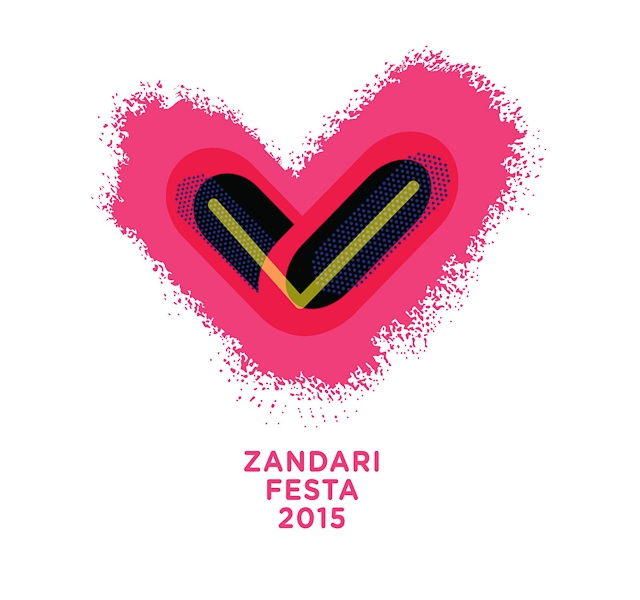 Bands from all over the world travel to music showcase-style festivals like The Great Escape in the UK and SXSW in the US each year to share their music with new audiences and network with other musicians and music industry professionals.

Started in 2012, Zandari Festa is Korea’s largest music showcase festival.  And while it’s not on the same renowned level (yet) as The Great Escape or SXSW, the Seoul-based event is definitely growing in stature and is rightfully becoming one of Korea’s more talked about fests in the local and overseas indie scenes. Zandari Festa 2015 will take place in Seoul’s Hongdae district – the epicenter of Korea’s indie scene.  The event will feature 260 acts playing in over 20 venues scattered around Hongdae.  View of the Arts interviewed four of Korea’s higher-profile indie bands that are playing at the festival and asked them for their on Zandari Festa.  Here’s what electro-rock duo Love X Stereo, Korean punk legends Crying Nut, fast-rising rock band Dead Buttons, and Seoul punk band … Whatever That Means (an act made up of Korean, Polish, and American musicians) had to say about Zandari Festa.

VOTA: What are some of the things you like the most about Zandari Festa?

Insoo (Crying Nut): Zandari is a worldwide music freak’s party I think!  So we can meet many strange and interesting people there.  Don’t panic, have fun!  This is what Zandari Festa is about.

Kanghee (Dead Buttons): We like that artists play an active role in the festival by applying to play and promoting their showcases.  It makes it more fun when everyone is involved in making the festival grow.

Bialy (… Whatever That Means): Definitely the number and diversity of artists who perform Zandari showcases. It’s not too often you get a chance to see Korean and overseas bands from basically all musical genres and styles here in Seoul. Also, the tickets are not too pricey so you can enjoy the performances and still have some cash left for booze, which makes the shows even more enjoyable!

VOTA: What do you have planned for your performance at Zandari Festa 2015?

Annie (Love X Stereo): We’re going to perform a new song for the first time at Zandari Festa.  Also, we’re going to hang out with our buddies The KDMS who are an English/Polish disco duo and dance the night away.

Bialy (… Whatever That Means): Apart from our regular stuff which includes synchronized dancing and good beats, we will play a new track from our upcoming 7” split with Seattle-based band Burn Burn Burn.

VOTA: Aside from your own band, what other acts would you recommend that people check out at Zandari Festa 2015?

Annie (Love X Stereo): Yokayingun puts on an amazing performance. There’s lots of body painting involved! DieAlright are really cool too.  The KDMS are an amazing band. Kathy’s voice is out of this world. DTSQ is another band we really like and so are The Essence and Reverse N Rebirth.

Kanghee (Dead Buttons): There are too many too list!  But if I have to choose some, I’ll say 57, Reverse N Rebirth, Galaxy Express, and The Veggers.

Bialy (… Whatever That Means): There is a crazy amount of great bands performing this year, but if I was to recommend a few, that would be 57, Jambinai and Hollow Jan. Make sure not to miss out on these three.

In addition to the all the excellent acts from Korea gigging at Zandari Festa 2015, the event will also present showcases by overseas bands too.  Performers from the US, the UK, Russia, France, Poland, Israel, Japan, Taiwan, China, and Indonesia are flying to Seoul to appear at the festival.  Four bands from Poland will play as part of the Don’t Panic!  We’re from Poland project that showcases Polish acts at festivals around the world.  We spoke to three of the Polish acts – the jazzy and bluesy Lord & the Liar, orchestral pop act Buslav, and rock band Back to the Ocean ahead of their Zandari Festa sets.

VOTA: Why are looking forward to traveling to Korea to play at Zandari Festa?

Paweł Swiernalis (Lord & the Liar): Because it’s going to be our first time in Asia! I can’t wait to play my concert, to meet people, and to participate in so many other things at Zandari Festa! I hope it’s going to be a great time and it’s just beginning of a long story.

Tomasz Buslawski (Buslav): It’s a great feeling travel to a different country and knowing that your Polish-rooted music will be heard and understood by people from other nations. I’ve never been to Korea, but I’ve always been thinking warmly about this astonishing culture and its great people.  Now I have opportunity to go there and perform, nothing better can happen to an artist like me.

Back to the Ocean: With its openness to various styles of music and great venues, Zandari Festa is an amazing event and a real celebration of music. So it is a great honour to be a part of it. For me – a European artist – it is also a challenging opportunity to perform in front of an audience with a different cultural background. I’m very curious about Korean listeners – how will they respond to my music, do they show their emotion or interact with the artist, will they like my music and my temperament on stage? Zandari Festa offers also great networking opportunities and a possibility to make friends with Korean artists which could maybe result in some collaboration projects in the future.

VOTA: Why should people come see you play at Zandari Festa?

Paweł Swiernalis (Lord & the Liar): I’m guessing most Korean people don’t have frequent opportunities to see Polish musicians. My music is hard to describe so I think it’s a good idea for everyone to come and see my showcase to experience the music for themselves. I’ve prepared a special set list and have some surprises for the audience.

Tomasz Buslawski (Buslav): I believe that when you play your own music you have the power to take people on a journey. Some places can be familiar, but maybe listeners haven’t looked at them from that perspective, some places can be totally new for them. You can make people jump, make them laugh or cry, and what’s most great is that you are taking yourself to the same places and feeling the same as the audience.

Back to the Ocean: I think it is always very interesting to see and listen to and artist from a very different cultural and geographical region.  My performances are very personal, but at the same time full of passion.  I strongly recommend them to people who value rhythmic melody, variety of moods in music, and lyrics that touch upon personal and social issues. And I love to interact with the audience, so please come and listen and let’s have fun together.

VOTA: What would you like to teach everyone at Zandari Festa about Poland’s music scene?

Paweł Swiernalis (Lord & the Liar):  That it’s full of many, many different styles, genres, and ideas so everyone can easily find some great tunes that they enjoy. And the Polish music scene is in my opinion underrated. We are not trying to play like British or American musicians. We have our own great ideas.  So, Don’t Panic! We’re from Poland.

Tomasz Buslawski (Buslav): The Polish scene is now strongly evolving. It has always been highly emotional and talented, but nowadays it is heading in new directions.  Our Polish voices are being heard stronger on world stages, and the music is new, modern, and really powerful. I hope that I can show a little bit of what’s new and fresh with my music too.

Back to the Ocean: Poland’s music scene is very diverse. We are famous for our great classical music composers like Chopin, Lutosławski, and Krzysztof Penderecki and also for jazz artists such as Tomasz Stańko, Michał Urbaniak, and Urszula Dudziak. Every year, a huge gathering of Poles meet to celebrate rock and alternative music at Woodstock Festival Poland, the biggest annual open-air free festival in Europe. The average attendance is about 600,000 people, so it is really a huge event and also attracts people from other countries. I take pride in being a finalist at the 2012 edition of the Folk Stage at this festival. As I mentioned the Polish music scene is very diverse and fans of every genre may easily find interesting artists online. And I strongly recommend the Don’t Panic! We’re From Poland project as it regularly presents new, high quality music from Poland. 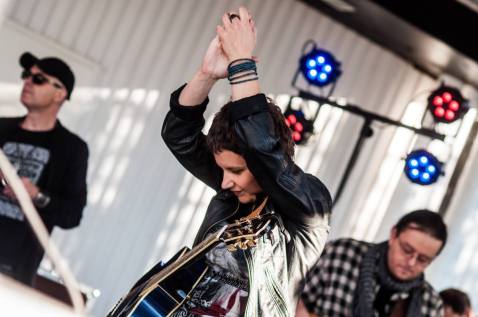 Back To The Ocean 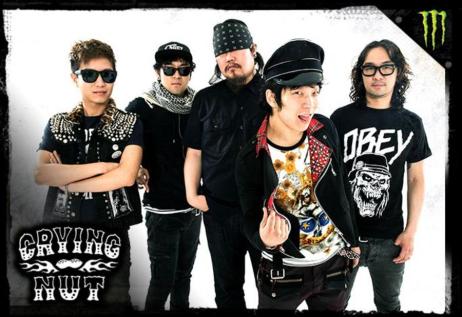 Pictures courtesy of the artists