No one will ever give a truer account of the fight and life during the Second World War – or any war – like the people who survived it. Even 72 years after the WWII ended, we still get to hear reports of what happened from the handful of people who live to tell what they witnessed and experienced during one of the most brutal wars of our time.

It is hard to say what made the filmmakers interested in the subject of war in the first place. Was it about documenting the tragic events or about highlighting the heartening patriotic content? The 1939-1945 events, in particular, have become a subject of various feature films; they are mostly moving, surprising and often faithful portrayals of the historical truths, and sometimes – sadly – also containing fictional stories. Nevertheless, I find documentary films far more engaging; they – in a profound way and with a greater accuracy – chronicle stories of the Holocaust survivors as well as other nations that suffered during the war. The subject of the Second World War has always been close to my heart; my grandfather fought during the war, and also lost his parents in Auschwitz. Watching more documentaries that talk about the horrendous past events made me realize that there is still so much that we do not know and ought to know!

It took two years for Claire Ferguson and the film’s producer Llion Roberts to complete their documentary Destination Unknown. They travelled to Poland, Austria and the U.S to record stories told by those who outlived the war. With no narration whatsoever, the film consists of heartbreaking interviews, amalgamated with some distressing archive footage of Jewish communities being expelled from cities (mainly Krakow) and transported to camps. The recollections of the events by the survivors – Ed Mosberg (lost his entire family at the age of 13), Mietek Pemper (Oskar Schindler’s right-hand man), Roman Ferber (liberated at Auschwitz), Frank Blaichman (partisan fighter), Stanley Glogover (survivor of Auschwitz), Eli Zborowski (survived in hiding) and Marsha Kreuzman –  begin with them talking about how old they were when the war started; it is beyond my comprehension to think that some of them were just small children and teenagers when they were forced to face the tragic life of being hunted by the Nazi regime.

There is one particular story that moved me to tears; the story of Ed Mosberg and his wife. He lost his entire family at the age of 13 and was mistreated by the German army; it was really distressing to listen to his tale. It makes one wonder if he will ever be free from the haunting memories of war, or of guilt he feels towards his deceased sisters who – in his mind – he tried to save. How much did they all had to endure to survive the war? I do not think we will ever know or fully understand. 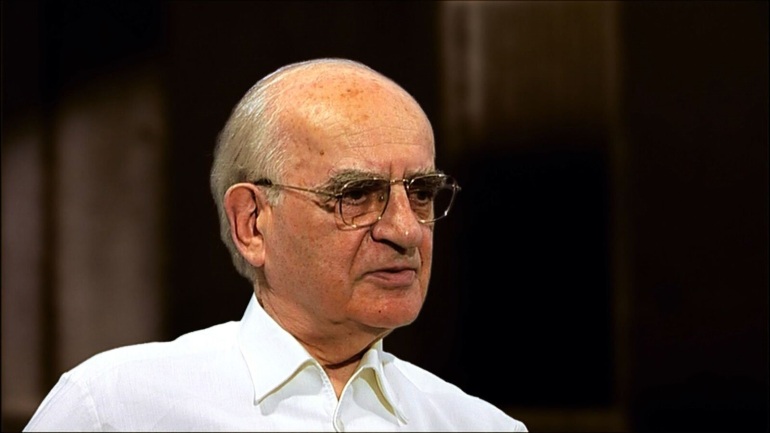 The deeper we go into the film, the more we learn about the genocide (e.g multiple operations without anesthetics, starvation, gas chambers etc.) and with some graphic descriptions and content, the audience might find it difficult to watch the documentary (it contains disturbing footage of the dead). The survivors also talk about what occurred after the war, of the chaos and of the confusion that followed. Among the horrific stories, there are some that lifted my spirit, the stories of those who risked their lives to save Jewish people; one such person was Oskar Schindler. Even in the days of total dehumanization and with the disappearance of all moral codes, many people during the war kept their own humanity and remained in harmony with themselves while helping those in need.

Destination Unknown is a truly heartening and poignant documentary, perfectly captured by Claire Ferguson. With very good camera work, engaging interviews and archive footage, this is a film that will leave a legacy for the future generations to learn about the atrocious events of the Second World War.