Up amongst the stars, hurtling through space, a group of death-row inmates are stuck together on a spaceship on an almost-suicide mission to extract energy from a black hole. Dr Dibs (Juliette Binoche) is the reproduction-obsessed, semen-harbouring doctor in charge of the inmates. She’s fixated with the notion of creating an artificial baby and uses the inmates aboard the ship as her guinea pigs for producing life. Under Dibs’ rule, the prisoners live in an estranged, primitive state as their basic needs and human rights are routinely abused in the name of science. High Life is a nonlinear film set in two timeframes; one being when the crew is trapped under Dibs’ control and the other focusing on Monte (Robert Pattinson) – the now only-remaining crew member – and his baby daughter, Willow. Claire Denis’ first English-spoken film is an eerie, uncomfortable, and invasive take on what happens when the human spirit is imprisoned in the unfathomable and desolate wilderness that is space. 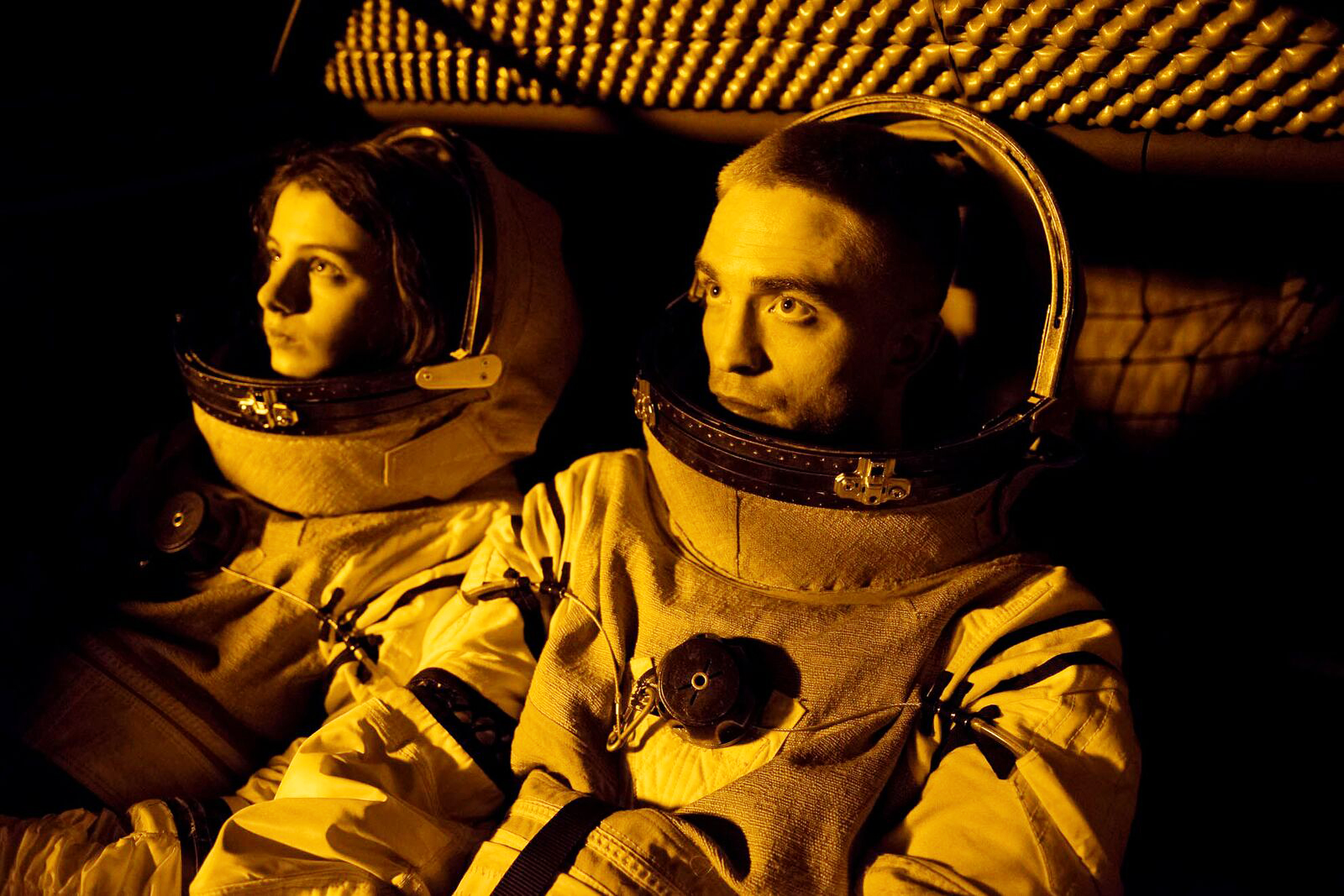 While most inmates find solace in ‘the box’ – a pleasure room designed for the inmates to masturbate in – celibate Monte finds peace within the ship’s vegetable garden. Amongst hissing sprinklers and luscious greens, Monte can dig his feet into the soil and forget he is speeding through space towards an inevitable death. Here, he is often joined by Tcherny (André Benjamin) who agrees – despite the ship’s TV screens that constantly display images of life on earth – that the garden is the only place that reminds him of home. One of High Life’s most saddening features is how it portrays a refusal of human autonomy and a denial of access to nature, emotion and human connection. There is little community or friendship amongst the ship – they barely even mention their shared goal to find new ways to harbour energy – instead, their lives are stale, numb, and emotionally starved.  The inmates’ bodies are not their own but merely playgrounds of biology for Dibs to experiment on. ‘They got me’ is all a tearful Boyse (Mia Goth) can mutter as she learns that Dibs has impregnated her whilst she was sleeping (using semen stolen from an unconscious Monte). The sight of Boyse cradling her breast-milk-drenched chest in horror is simultaneously sickening and saddening. As Boyse’s very own anatomy – possibly one of the few things of nature left on the ship – has now been turned into an exploited subject of science and forced reproduction. Denis has a way of making her audiences feel exploited, hollow and queasy – just how the shipmates are under the hands of the heartless Dr. Dibs.

From Monte accidentally dropping tools into the abyss whilst working on the ship’s exterior, to him having to discard the lifeless bodies of his inmates out into the never-ending black – High Life scares by reminding us of the vast stretches of endless space that wraps itself around our little planet. With no ground to grip onto and no sky to look up to, it’s a swirling and spinning place of pure emptiness– a space clearly not intended for humans. Denis shows us how infinite open spaces of nothingness can be just as crushing and daunting as the claustrophobic atmosphere inside the ship. Nowhere to run, and nowhere to hide, Monte’s journey through deep space is a life sentence of loneliness and slow, cruel insanity. Outliving his shipmates, Monte’s only company is a screaming baby Willow – who is yet to understand how she’s inherited her father’s life-long imprisonment to space. Pattinson’s performance is spectacular. He perfectly captures Monte’s desperation, his perpetual loneliness, and his muted acceptance of such an unnatural fate.

However, High Life is a film not without its lows. While the film starts to tackle a range of interesting and equally terrifying topics about space and what it means to be human, its indulgence into such themes feels a little shallow. While it’s undeniably impressive, shocking, and beautifully filmed, there’s a certain muddled hollowness that shadows the entire film.  It leaves you wanting further exploration into the topics of never-ending voyage, hopelessness and human fragility. It could be said that such confused emptiness merely parallels the emotions of the lost voyagers, which is a fair comment to make, but the feeling of slight discontent still sits in your stomach long after viewing.

High Life is a morbid, pessimistic piece of wallowing, spinning desecration of the human form. It’s daring and gruesome but vividly brings to life all the horrors that ruminate in the cosmos. Beautifully unique yet shockingly nauseating – it’s a film filled with high hopes but does feel somewhat hollow and blurred in itself.