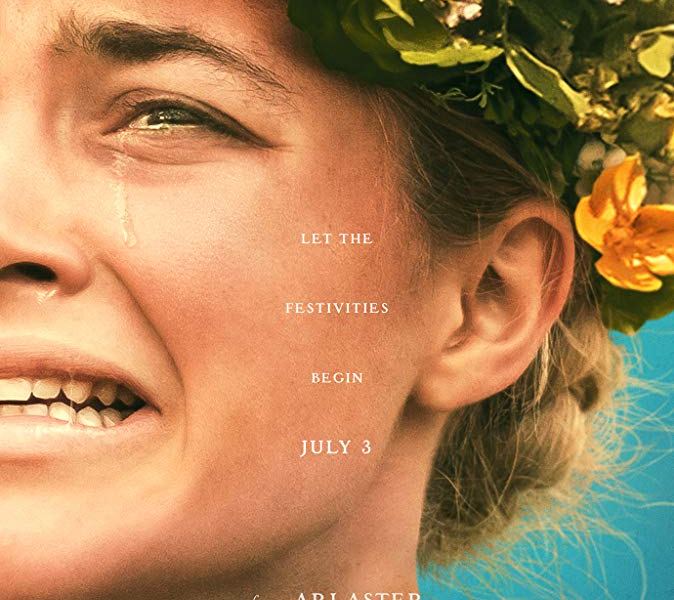 Midsommar is Ari Aster’s (Hereditary) latest slow-burn horror that witnesses a group of American grad students get caught up in a Swedish folk cult during the festival of Midsummer. Dani (Florence Pugh) is heavily grieving after hearing some disastrous news – to try and take her mind off things she tags along with her boyfriend, Christian (Jack Reynor) and his somewhat obnoxious friends on a summer vacation to Sweden to celebrate Midsummer amongst a small village. What starts out as a pastoral paradise soon falls apart into a gory, sacrificial blood fest as revelations are exposed about Dani and Christian’s relationship. 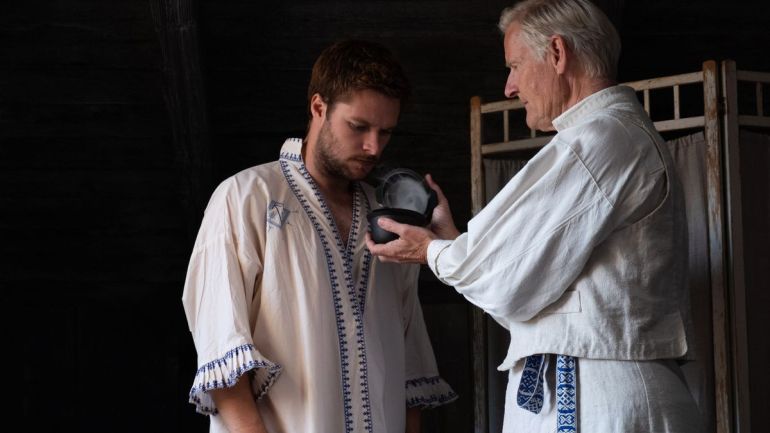 Aster is fantastic at plucking out certain scenes and handcrafting their every element until they feel picture perfect. Midsommar’s plot is incredibly loose, preferring to focus most of its efforts on a few stellar moments as opposed to a consistent and reliable plot-line. This pays off in the short-term. Scenes of intense, ritualised screaming, elders’ faces being smashed in with wooden mallets and Pugh dancing until near collapse to be crowned the May Queen are all gripping and beautifully orchestrated sequences. Such moments are why Hereditary and Midsommar both managed to conjure up stellar (and slightly misleading) trailers for their release. However, while Aster may hit a pitch perfect chorus, the rest of his Midsommar symphony feels a little flat. The often-long spaces between said scenes often feel underwhelming, underwritten and meandering with no sense of direction. While wandering plots are not necessarily bad, Midsommar doesn’t have the intricacy, detail or pacing to pull off such a venture. This is not a film of catharsis, climax or relief but instead of slow deflate. 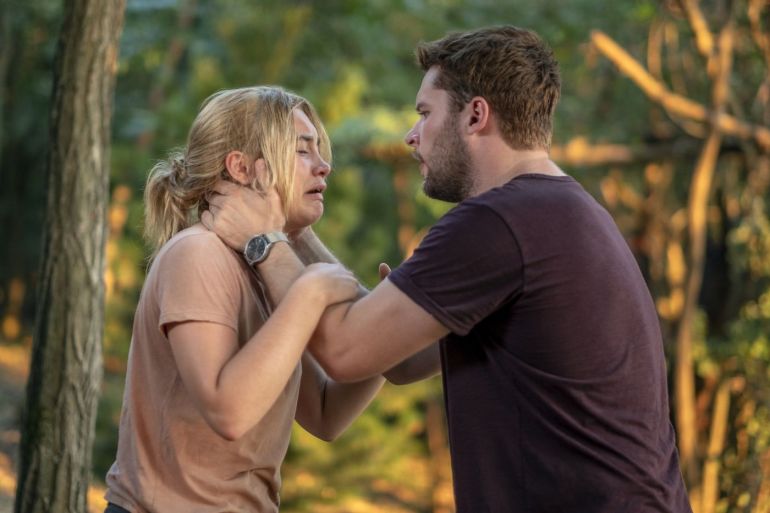 Midsommar is a film that relies heavily on its concept and beauty; often leading the film to feel self-inflated and hollow. Pawel Pogorzelski’s cinematography may be stunning, whimsical and enchanting but also used as a mask for the film’s lack of core or conscious decision. The opening of the film is clear and abrupt in what it’s trying to explore – grief and how a lack of self-sacrifice can run a relationship into the ground. Unfortunately, such plot points are dropped as soon as they reach the Midsummer camp. What we’re left with is a lot of loose ends and red herrings – there’s a whole subplot dedicated to two friends bickering over thesis ideas that goes absolutely nowhere. Midsommar catches itself in a loop, regurgitating repetitive scenes of underdeveloped characters and arbitrary scenes that don’t amount to anything. 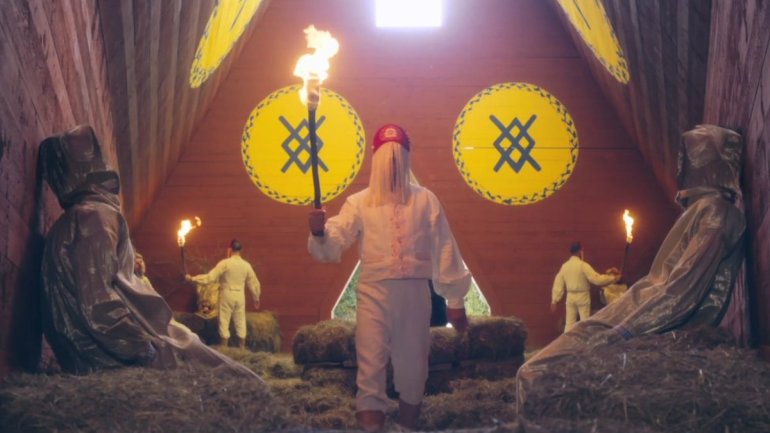 Midsommar’s vagueness towards its own trajectory is one of the reasons it’s so easy for an audience to grow apathetic towards the film. While it’s obvious Aster has worked hard to represent Swedish folklore in all elements of his sets and costume design, the integration of folklore elements into its characters and plot feels empty. Midsommar assumes that a cult-like traditional aesthetic is enough to terrify an audience and takes a pass on putting in the effort to construct a hostile and disturbing environment. Instead of creepy or scary, the villagers just feel boring and lacking in character development.  This lack of thought beyond visuals is also why the film’s horror elements often feel a little lacklustre and alike cheap shock tactics. Scenes of graphic nudity and gore feel ineffective and slogged in simply to classify the film as a horror turning out to be more visually pleasing than gut-churning. 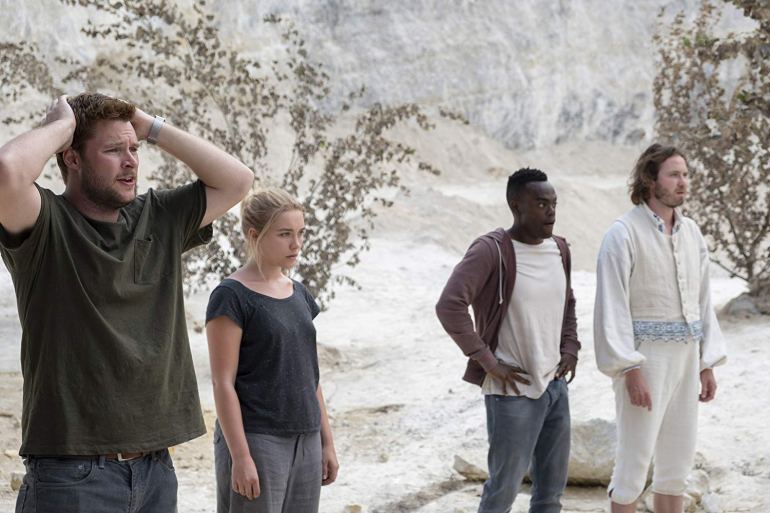 While much of the film may be clouded by a disinterested and off-putting fog, there is some saving graces to this film. Florence Pugh is incredible, perfectly capturing the naïve-girlfriend-who’s-always-forgiving-her-careless-boyfriend-turned-vengeful-May Queen. Midsommar also does has a way of capturing pain and an understanding of pain in very few words. One of the film’s most powerful moments is when a group of the village women join Pugh to cry, wail, and pant in synchronised pain after she discovers a soul crushing revelation. Also (while ruminations on these topics can feel a little shallow) Midsommar does start to interestingly indulge in some of the most common contemporary human fears – being abandoned, being cheated on, having your loved ones die.

There is a lot of hope and ambition in Midsommar. A24’s latest release brings out some awe-inspiring visuals, a fantastically detailed set design and a proposition for an interestingly floral and rustic take on horror. However, it ruins itself by its own ambiguous nature, deliberate dawdling and lack of focus which easily drives an audience into boredom and apathy.