For over a decade, Iran has been witnessing a rise in the number of drug addicts; drug abuse, which is often concentrated on the use of opium and its derivative substances, has risen double in the country since 2017 and even with strict laws and punishments, it seems like there is still no successful solution to mitigate this social crisis. Saeed Roustayee (Life and A Day), a young Iranian filmmaker, decided to address the issues of addiction, as well as family crises caused by social trauma and day-to-day struggles, in his second feature Just 6.5 Metri Shisho Nim.

Samad (Payman Maadi: About Elly, A Separation), a member of Anti-Narcotics Police Task Force, desperately searches for Nasser Khakzad (Navid Mohammadzadeh: No Date, No Signature), a notorious drug dealer. In a highly action-packed story, Samad and his colleagues attempt to capture Nasser and with their countless police raids and mass arrests, Just 6.5 continuously grabs the viewers by their throats. But what is the outcome of all that action? Capturing and threatening small-scale drug addicts just to get Nasser causes more disorder and misery than anything else. After an extensive search, the police hunts down the criminal and starts prosecution proceedings; from this point onward, the first plot becomes a mere background for social, cultural and behavioural pathologies of those involved in drug dealing, the dealers’ families and the addicts themselves. Also, the film focus shifts to Nasser’s story as Samad gets slightly sidelined. While in prison, Nasser tries all the tricks in the book to save himself, which fuels a further, tangible change in the tone of the film’s storytelling as the narrative becomes more melodramatic. 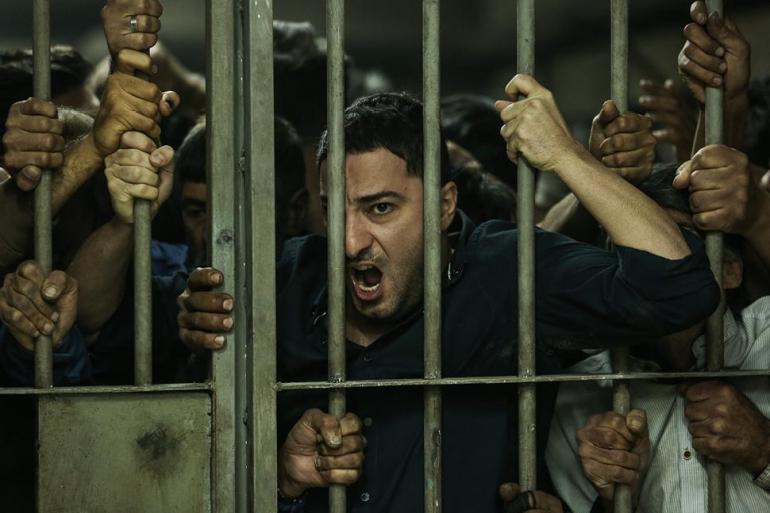 Saeed Roustayee is straightforward even with the complex narrative of Just 6.5, and he clearly knows how to both frustrate and shock a viewer. The honest portrayal of the hard work that the police force faces as it deals with the vicious cycle of drug dealing and addiction questions the validity of the work itself. The structure of the film is appealing, and it undoubtedly surpasses Saeed Roustayee’s debut feature; the intriguing initial sequence of the film that ends with the death of a young drug dealer is one to remember, including the fast-paced pursuit through Tehran’s small alleys that precedes it.

The scenes of Nasser in detention and his self-destruction are impressive both in form and in content. His last encounter with the family and his nephew’s dramatic dance performance, in the end, might leave a viewer in distress; yet, everything is well incorporated into the narrative and helps the audience’s relationship with the film grow as the viewer’s sympathy shifts from Samad to Nasser. Payman Maadi, well-known for his roles in Asghar Farhadi’s films, and Navid Mohammadzadeh both did a splendid job. On top of that, the film’s cast included actual addicts who have shown, through their body language and facial expressions, what the addiction can do to one’s body. However, was it necessary to cast actual addicts? Did that really help drive the message home, or is this a clear-cut case of exploitation where the weak got used solely for cinematic purposes? Did they get paid or were they offered help and/or rehab? By casting actual addicts, the film opens the door to various issues that need to be addressed.

Ultimately, Just 6.5 will definitely appeal to the viewers. It successfully takes a deeper look at the people from the perspective of individual behaviour in society and openly paints a picture of how society works when faced with a social crisis. It also clearly shows that there is no mercy for those who affiliate themselves with drug dealers, regardless if they are women or children – the punishment awaits.