When Syria plunged into a civil war in 2011, no one could have predicted that the conflict between its own people would turn into a multi-sided battle, in which mostly civilians had suffered. Brutal slaughter, acts of terror, political and social consequences of military operations led to an unprecedented humanitarian crisis: almost half a million people perished with over 5 million having been displaced in the neighbouring Turkey, Jordan and Lebanon.

A Syrian Woman, directed by Louis Sayad DeCaprio and Khawla Al Hammouri, is an empowering short film that speaks of the hurdles of eight women who managed to escape the ferocity of the war. Now living in Jordan, although having different stories to tell, they have things in common: they are strong, resilient and ready to build a better life not only for themselves, but for the families that some of them had to leave behind. From child marriage, losing a son and caring for a disabled son, to stories of abusive marriages and arduous journeys to Jordan, these are a few heart-breaking tales that they have experienced.

Through this documentary, the two filmmakers have unlocked another door for debate about the effects of the Syrian conflict and shed more light on a difficult situation that women and children are faced with while living in Jordan – mind you, mostly cramped in overcrowded camps, dealing with the danger of being attacked or the possibility of being kidnapped if living without a family. In addition, Louis Sayad DeCaprio and Khawla Al Hammouri opened a public platform by giving a voice to the women when many would not. It is undeniable that the refugees are living in constant insecurity and threat not only from their own government, but also from Jordanian authorities. It is no secret that this issue requires more urgent communication between both parties, so that those who left Syria and settled in Jordan can at least feed themselves and get proper documentation to allow them to earn an honest living. 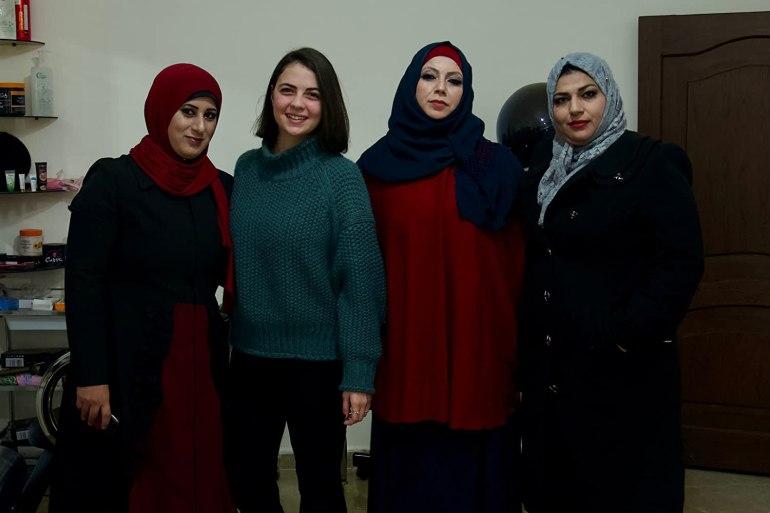 A Syrian Woman is a poignant and powerful example of storytelling that highlights and exposes the Syrian conflict and its victims. But while many struggle to live in Jordan, there are also stories of success. The story of Maisoon, a woman who worked as an educational counsellor back in Syria, now living in Jordan while running a successful beauty and wedding dress business, is one of them. While millions of refugees still find it hard to make ends meet, some managed to thrive; if only this was the case for many, not a few individuals. And while flourishing and working hard to support her family, Maisoon still advocates against child marriages and supports those who experienced such a situation – her ultimate goal is “to raise awareness and influence enforcement of laws”.

Although so many women and children have suffered in the Syrian civil war for the past 9 years, there are refugees who are optimistic, strong and ready to try to rebuild their lives. Even in the face of tragedy, the future still has something to offer to those who managed to escape the terror of Asad’s regime.