We Are One: A Global Film Festival – Wake Up: Stories from the Frontlines of Suicide Prevention Review

In America, there is one death by suicide every 12 minutes – equating to over 44,965 deaths a year. For every successful suicide attempt, there are 24 failed ones. In an effort to gain a better comprehension of the causes of suicide, Wake Up: Stories from the Frontlines of Suicide Prevention poses a question as to why traditionally suicide research has always focused firmly on ‘lost’ suicide victims rather than survivors. Instead of solely digging through suicide notes and tracing an individual’s last actions for answers – director Nate Townsend urges a different approach to understanding suicide. One that accentuates the importance of looking to survivors and communities most affected by suicide for advice on the best methods of suicide prevention. 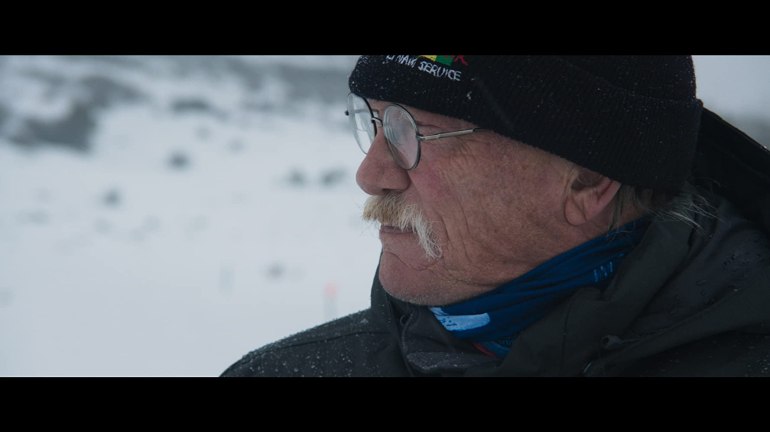 Townsend’s documentary spreads itself between four very different, but prominent demographics affected by suicide; veterans, the LGBTQ community, college students, and gun owners. First off, we’re introduced to the story of Ryan Candice – a freshman year college student who killed himself after multiple anxiety attacks. Through reconstructions and family testimonials, Ryan’s final hours are shown as he visits his nearest hospital’s emergency room for help – only to be turned away. Woven together with other stories telling how veterans with a dishonourable discharge don’t have access to military healthcare (and are also twice as likely to die from suicide) – Townsend highlights the part America’s failing healthcare system has to play in the country’s rising suicide rates.

Another story introduced is that of lesbian photographer Dese’Rae Stage, a suicide survivor who travels the US photographing other survivors and documenting their stories. Capturing Dese’Rae sharing her experiences with her close friend Jonathan Werzel, a transgender minister who is also a survivor, Townsend gives a voice to a community often forgotten about in the discussion of suicide. LGBTQ youth are five times more likely to attempt to kill themselves than their peers and 50% of trans people in America will attempt suicide at some point in their lives. Dese’Rae’s project (titled Live Through This) is particularly vital in destigmatizing suicide. Putting faces to suicide survival and amplifying the voices of survivors breaks down the shame associated with the topic and provides those struggling with suicidal ideation with a comfort that they are not alone. Moreover, the connection of faces to such typically taboo stories helps magnify the notion that no matter someone’s appearance, you never know what they could be going through.

Wake Up: Stories from the Frontlines of Suicide Prevention is a documentary that concentrates on the ‘how’ as opposed to the ‘why’, taking a practical but sometimes limiting view to suicide prevention. This is particularly prevalent in the fourth demographic Townsend looks at, those dwelling in the ‘suicide belt’ of America (a string of states surrounding the Rocky Mountains with exceedingly high suicide rates). Taking Utah as an example, Townsend examines how gun ownership and a lack of available therapy is signalled as the cause of such lofty suicide rates. To combat this, local community leaders and gun owners rally together for stricter gun safety and initiatives where gun owners ask their friends to look after their guns for them if they’re feeling suicidal. While productive, such movements are short-term solutions and ignore the larger problem – mental health in America and the reasons that drive people to commit suicide.

The documentary does fixate on mental health but largely focuses on awareness. Awareness is extremely important, but so is treatment and looking at the wider picture – what is causing such an increase in mental health issues in America? Is it cultural? Is it related to the economy? Is it to do with working and living conditions across America? Without pondering such questions, we will never get to the root of the problem. Even after taking away the tools that enable suicide, an individual’s suicidal ideation and emotional pain is still left behind – and that’s something that still needs treating. Focusing on small wins is important but Townsend takes on such a wide scope of an already broad subject matter that only showcases the tip of the iceberg.

Wake Up: Stories from the Frontlines of Suicide Prevention is an investigation wrapped up in optimistic stories and an infusion of hope – such stories of joy and recovery are undoubtedly important, but also ones that can’t be removed from a wider context or believed to be solved by small changes alone. The documentary’s efforts at inclusivity and providing a wide scope of suicide survivors is to be commended, but also something that unfortunately doesn’t formulate well in only 88 minutes of screen time – leaving some emotional testimonies to feel rushed and sanitised. Yet still, Townsend’s message of removing stigma and shifting the conversation to allow survivors to share their experiences is imperative and will provoke a wave of empathy and understanding from audiences – which is invaluable.

We Are One Film Festival