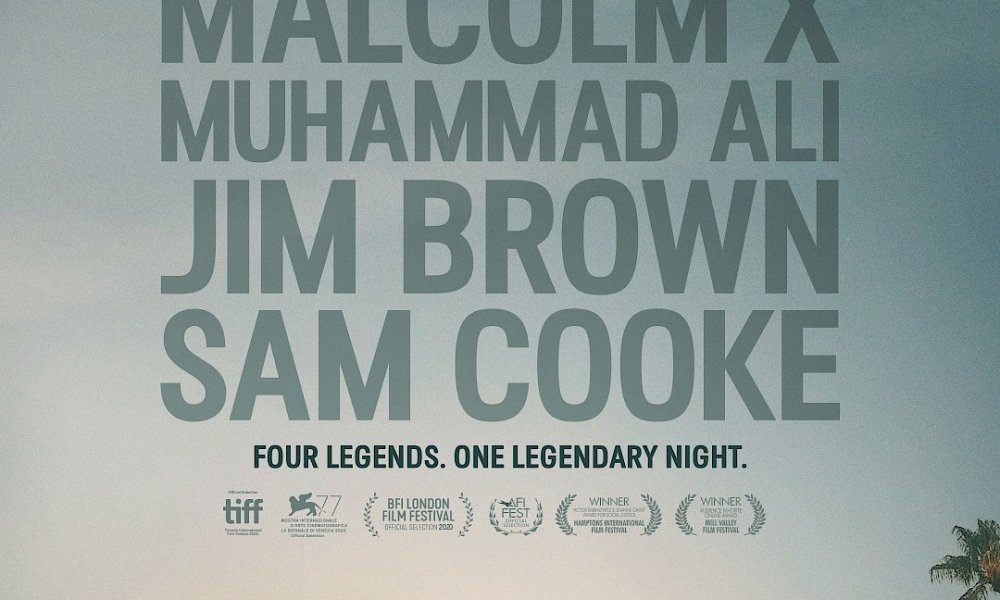 “One Night in Miami” Review

This year’s prestige film season is dominated by adaptations of stage plays, inadvertently spotlighting the differing ways filmmakers are translating stories from one medium to another. Some seem conscious of not appearing too “stagey”, such is the case with Pieces of a Woman, adapted by director Kornél Mundruczó from a play he co-wrote, which features a bravura 22 minute one-take of an agonising and ultimately tragic childbirth – a distinctively cinematic technique that makes it briefly easy to overlook the stage origins. Then there’s a film like Ma Rainey’s Black Bottom, which leans into its staginess in a way few screen adaptations of plays do, openly acknowledging that it is an actor’s showcase first and foremost.

One Night in Miami, the directorial debut of the beloved actress Regina King, falls somewhere between these two approaches. Screenwriter Kemp Powers stays true to the spirit of his own stage play, wittily dissecting the cultural pressures faced by real life icons as they’re caught between wanting a celebrity status devoid from criticism, while realising their need to advance the case for civil rights in a country marked by racism. This is a film that largely orbits around one hotel room conversation, but King still tries to expand the source material’s horizons wherever she can, with underwater sequences and a recreation of a historic Sam Cooke concert included to shake off the confinements of the stage origins. But her film needn’t be so concerned with that perception, the central conversation between its four American icons proving so illuminating that the moments the four don’t spend together prove to be the weakest – definitive proof that a perceived staginess is never a crutch when an adaptation is so illuminatingly written.

Set after Muhammad Ali’s (Eli Goree) surprise 1964 Florida title win over Sonny Liston, when the then 22 year old still went by Cassius Clay, One Night in Miami follows the post fight meeting between Ali, Malcolm X (Kingsley Ben-Adir), Jim Brown (Aldis Hodge) and Sam Cooke (Leslie Odom Jr.). Although mutual respect is shared by the four, the three stars remain in conflict with Malcolm X over his concerns with how they’re advancing the civil rights movement as African American public figures, all on the eve of Ali announcing his conversion to the Brotherhood of Islam under X’s mentorship.

The film’s best moments are in the arguments between Malcolm X and Sam Cooke, where Powers’ screenplay most thoroughly dissects the cultural pressures put upon its characters. Cooke is repeatedly chastised by X for writing simplistic love songs, refusing to “use his voice” to the extent that the civil rights leader perceives Bob Dylan to have greater success at articulating the Black experience to white audiences. Despite the weightiness and continued relevance of this topic, Powers’ screenplay remains light on its feet in this manner throughout, but does find itself in an awkward position while trying to maintain this tone – although, it’s far from the first biopic to be caught in the internal struggle of trying to humanise its characters beyond the headlines, when the narrative is so defined by what they represented in the culture at that moment. One Night in Miami handles this better than most, with its down to earth humour helping it overcome the daunting nature of its historic significance.

This is aided in no small part to an excellent ensemble, with Ben-Adir and Goree in particular deserving credit for the difficult task of portraying icons who have already been depicted on screen during this pivotal moment in their lives, refraining from caricature while always keeping a firm handle on their public facing persona. But it’s Leslie Odom Jr’s turn as Sam Cooke that proves to not just be the standout, but the very heart of the film. In many ways, the actor has been handed the most daunting role, as the celebrity whose contributions to Black culture are most closely interrogated on screen, but he more than rises to the challenge. The moments where he comes to terms with criticism are all the more powerful as he initially seems to have the lightest arc of the ensemble – only for the film to reveal that his career trajectory is what everything is being contextualised against.

One Night in Miami is an assured debut from Regina King, overcoming any shortcomings of the biopic genre to offer a thorough interrogation of the challenges Black public figures face when placed in the spotlight.

Amazon Prime, One Night in Miami