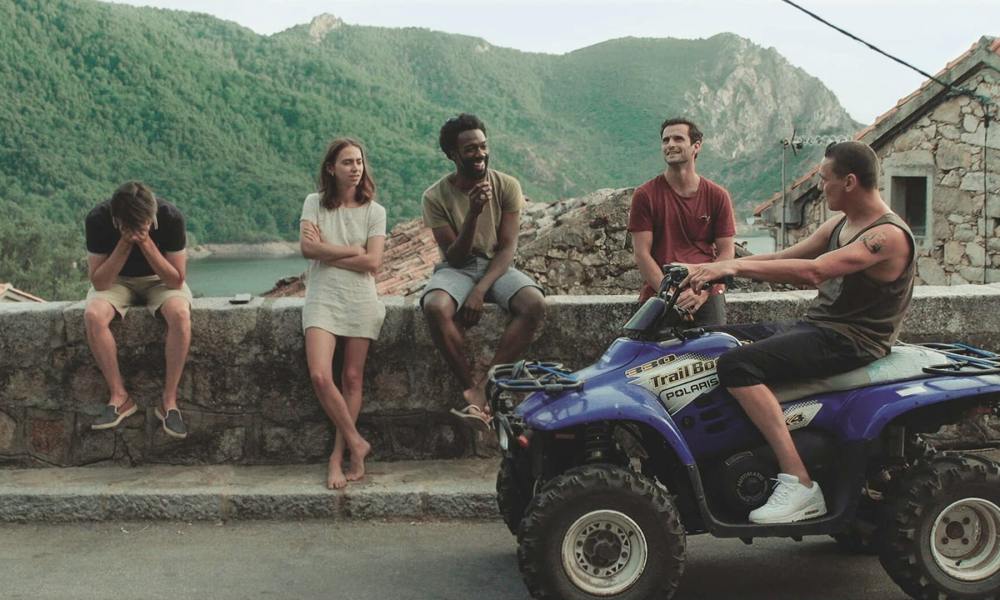 Winner of one of the two Special Jury Awards at this year’s IFFR, I Comete – A Corsican Summer is an ambitious and intricate observation of life on the sun-soaked French island of Corsica in the Mediterranean. The feature debut of director and writer Pascal Tagnati, I Comete is a lulling but earnest exploration of the small town of Tolla situated in the very heart of the island. Examining romance, friendships, family conflicts, and everyday snippets of life – Tagnati samples cinéma vérité aesthetics and techniques to create a fictional, layered, and multifaceted depiction of a typical summer in Corsica.

Set in the sweltering heat of August, I Comete takes the opportunity to showcase all of Corsica’s natural beauty and landscapes. Rolling mountains, bright blue rivers, and endless meadows are the backdrop for this town’s brewing tensions and community politics. Taking place under the beating sun, the story boasts itself as a lively ensemble piece as it explores the diverse lives of teenagers, adults, and the elderly. While Tagnati may use lingering and static shots to ruminate on these individuals’ lives, the film never stays in one situation for too long; always smoothly shifting between characters and scenarios. Drifting between scenes of old women leaning out of their window to gossip to the streets below, blossoming adolescent love (and angst), a cam girl who livestreams to her clients out in the open by the river, teenagers trying to pull off roadside pranks on locals, and roaring drunken parties  – I Comete stitches itself together to become an atmospheric chronicle of summer.

Changing between many different stories, I Comete often has a deeply voyeuristic feel as audiences eavesdrop onto so many private and personal conversations. This is something even explained within the film itself as the local council have filled the town with €200,000 worth of CCTV cameras– ‘All these cameras they’ve put everywhere. It’s like The Truman Show’ one woman complains. She’s received with comments that the decision is justified as the council gifted all the village youth with free cars in return  – something craftily nodded to earlier in the film when teenagers block a road with their car to perform a song for the townsfolk. Like how stationery cameras often suggest a wider world beyond the frame, droplets of dialogue and small references constantly hint at bigger things going on in the small town of Tolla.

The town at this time of year is a mixture of lifelong citizens and those who have migrated abroad and are now returning for the summer. Although filled with many different characters, the narrative regularly swings round to follow the movements of Franje (Jean-Christophe Folly) a man dubbed a ‘local lord’ because he was adopted into one of the richest and most powerful families in Tolla as a child. Franje spends his time on the island mingling with old friends and reluctantly dealing with his dead father’s links to a potential casino in the area. On the other side of the family is Franje’s cousin, Carina (Davia Benedetti) a woman who seems to have the entire town wrapped around her little finger. Studying community hierarchies, Tagnati investigates what happens to those who go against the grain in small villages. Take Auguste for example – the local farmer who upset Carina after having land disputes with her father and is left to deal with the wrath of Carina’s henchman. This dynamic then trickles down throughout the town, eventually leading to young children bullying each other over who’s the real ‘village queen’ – creating a very specific and ubiquitous pecking order throughout Tolla.

When Franje is visiting his grandmother, Lucienne, she starts to go off on one of her many rants. Referring to France’s colonial history – and the impact this still has on nations today – Lucienne sadly states ‘We had no business being there. It was their land’. This then tumbles into a ramble about French sovereignty – ‘We’re an annexe of The United States’ she comments ‘Europe is for technocrats and bankers. We keep our mouths shut and do as we’re told’. Acknowledging rising ‘Frexit’ tensions in France and questions of French and Corsican identity, I Comete not only serves up a fine-tuned study of life in Tolla but also considers the wider context of the current political climate in Europe and how it is perceived by everyday people.

Swamped with the sounds of buzzing flies, screaming children, and laughing adults – I Comete – A Corsican Summer is an authentic and subdued mood piece about the season of Summer. Dividing its narrative into a string of vignettes, I Comete uses a fly-on-the-wall style to showcase the many different faces of a small and intertwined village and all its bubbling tensions.