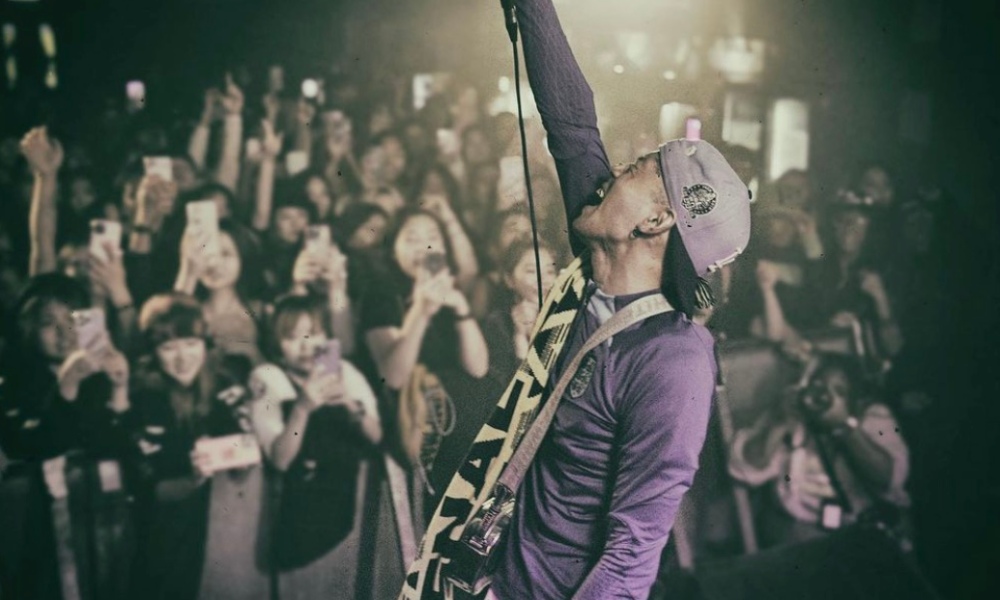 The More We Listened, the More It Became Clear That This Was Going to Be a Special Performance – Loopy Takes Over the O2 Academy Islington

Lee Jin-yong, also known as Loopy, is a one-of-a-kind South Korean artist. While initially pursuing a career in producing, his time spent living in Los Angeles had influenced the artist to become a rapper. Beginning his career in 2014 under the name Loopy, the artist grabbed my attention when he released his first mixtape, King Loopy. The release manifested the rapper’s talent, slowly paving the way for more music.

Although his musical journey had been filled with doubts and struggles along the way, 2018 was the year that highlighted his achievements as a rapper. He released an impressive mini-album, QUESTIONS, and participated in Show Me the Money Season 7, a South Korean rap competition, where he shined throughout the show, reaching second place after Nafla, a Korean American rapper.

Even though some people pointed fingers at Loopy for various reasons, rightfully or not, he is a noteworthy rapper and his artistry ought to be recognised. Whenever he is in a studio or on a stage, he always acknowledges his own freedom of expression in sound, rapping, and movement. Furthermore, his stage presence, charisma, and charm always manage to draw people in, commanding their full attention. Loopy is also aware of how the music industry works, and although the hip-hop genre evolved throughout the years, the rapper never tried to commercialise it or claim it as his own. He simply stays true to himself and does what he loves with minimal compromise.

As a hip-hop artist, Loopy is certainly knowledgeable about the genre and its history. The rapper once said that he “recognise[s] the Black American experience as the foundation of hip-hop”. There is no denial that many rappers out there forget about that fact, but Loopy contributes to the genre while respecting its culture and roots.

A few days ago, the rapper visited Europe for the first time. He performed in four countries, including Germany, France, Italy, and England. The London show took place on December 6th at the O2 Academy Islington.

The show itself kicked off after 8 pm with Jenna, an up-and-coming R&B singer. Jenna instantly won over the crowd with her beautiful mix of both up-beat and chilled-out songs, showing her incredible vocal range. The singer performed a 30-minute set, including Dare, Nobody, By My Side, and Still Here, just to name a few songs. And while the majority of the audience was unfamiliar with Jenny’s repertoire, this didn’t pose any problems as everybody at the show connected with each word the artist sang – her songwriting abilities are truly tremendous.

The excitement reached a new height when Loopy entered the stage and commenced his show with Big Sleep, followed by DJANGO – a single that he released this November. The venue itself was perfect for Loopy’s show – it felt like you were in one of those underground hip-hop clubs, where you can actually get close to the rapper and feel the groove without being distracted by unnecessary staging. During Loopy’s performance, everyone in attendance was unified in the desire to make it a night to remember.

The artists played a few songs from his 2020 No Fear album, including Anaconda, No Fear, Prada Shoes, Go! Shopping! (Loopy collaborated with Ph-1 on that song), and Get It. When it was time to greet the crowd, the rapper didn’t have to say much for us to understand what he wanted to convey. Loopy also took the opportunity to showcase a few tunes from The Django Tape EP, such as GUESS, BET, and FACT. He also didn’t forget to play some older songs from his 2018 QUESTIONS album – I was truly delighted when I heard MOLLA.

The more I listened, the more it became clear that this was going to be a special performance. Loopy was really engaged when performing ANA from the No Fear album, a song that he collaborated with Changmo on. The rhythm, rap section, and musical arrangements were and still are top-notch. The artist kept the same level of energy and enthusiasm without missing a beat during the entire show. He also performed a few hits that he worked on with Bloo (5 Stars) and Ash Island (ERROR). And of course, there wouldn’t be a show if Loopy didn’t perform his Show Me The Money track, GOODDAY.

Loopy performed 28 songs, and without a doubt, this was a great hip-hop show to end the year with. If you get a chance to see the artist on stage, do not miss it. He always guarantees a good time!

*Big thank you to the O2 engineer, Jonas Lebeda, who helped us with a few things after the show.