In Conversation with the Oscar Nominee Dorota Kobiela, Director of ‘Loving Vincent’

How much passion does it take for a person to take on a task of making a movie such as Loving Vincent? Probably a lot, since it took almost a decade to bring the sublime production – the world’s first full-length painted animation, consisting of about 65,000 paintings, painted with oil paint on canvas – […] 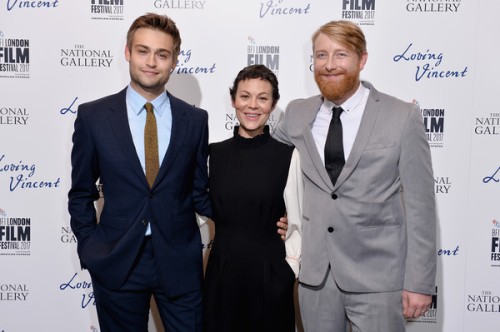 Hugh Welchman, an Oxford University graduate in Philosophy, Politics and Economy, has always had his eyes on film-making. Subsequently, he worked hard by doing almost everything, from teaching history to selling fish, just to support himself while working on film corporates in London. After a few calamitous encounters, Hugh came to a decision that training at […]

Who was Vincent van Gogh? To some, he was a madman; to others, an artist; but most people simply saw him as a genius. Vincent was a man with a unique personality and a great gift, whose life wasn’t filled with roses, but with the difficult reality of being rejected by many. What can be […]