Pedro Almodóvar, arguably one of the gods of the silver screen, returned this year with his 20th film creation – Julieta, a touching drama based on three short stories by the Canadian short story writer (and Nobel Prize winner) Alice Munro. Just days ago, Spain decided on Julieta as its entry for the coveted Foreign Language Oscar, making Julieta Almodóvar’s sixth Academy Award contender.

This decision comes as no surprise; partially because Almodóvar is usually a very safe bet. After his venture into the territory of horror/thriller with his 2011 feature The Skin I Live In, and then his 2013 – let’s call it surprising – creation I’m So Excited, an air-borne comedy without any reservations or securely fastened seat-belts, Almodóvar returned to what he truly does best: drama. Scratch that: not just drama, but he firmly stepped in, all the way to his waist, into melodrama.

When we first meet the titular Julieta, she is a stylish, well-off, beautiful middle-aged woman, who lives in Madrid and is about to move to Portugal with her boyfriend – but this façade promptly falls apart after a chance encounter with her daughter’s childhood friend – we learn that it has been years since Julieta last saw or heard of her daughter Antía. Following this event, Julieta instantly becomes an emotional wreck, and the opening of old wounds causes her to put a stop to all of her plans – basically pausing her life in general, only to move back to her old apartment – the last location known to her daughter – and, though a journal, to rewind her life back, and tell her story from the day she met Antía’s father. From this point on, the present only occasionally disturbs the past – until we are up to speed with all tragic events that led to the estrangement of Julieta with her daughter.

With this film, Almodóvar explored the life of yet another complex but strong female character, which was beautifully portrayed by both Emma Suárez (the older Julieta) and Adriana Uguarte (as young Julieta). But even through great portrayal, this film is not completely at the level of a full-on, fully-blown Almodóvar. He is famous for his emotion-grabbing creations; and while Julieta and her story certainly bring forth certain emotions, there is still a tangible sense of emptiness after the film reaches its end. It is a complex situation in itself,  since Almodovar probably tried to make the audience feel what Julieta feels, but it feel like he went just an inch too far. It doesn’t help that certain characters – even though interesting every now and then – appear to be almost too stereotypical (such as cheating husbands) or pass by too fast, which takes away some of the film’s depth – not drastically, but it still shows. 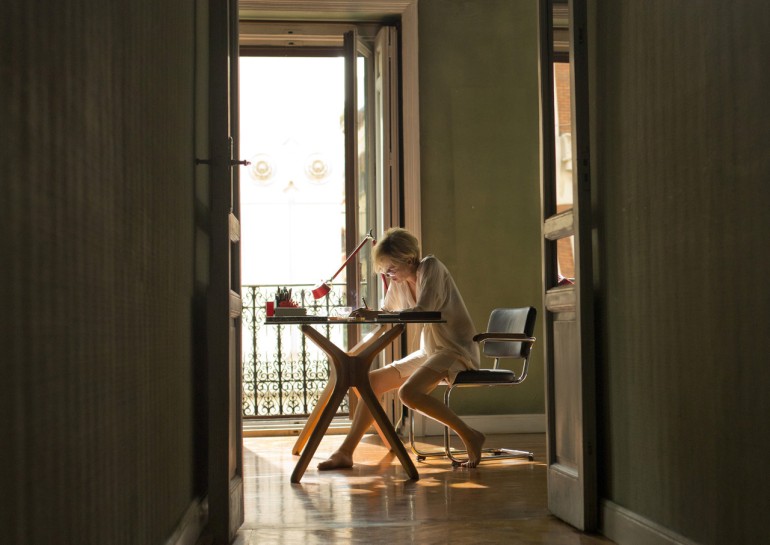 The mysterious Antía is a different case – even though we learn bits of her story through other people’s eyes, she remains an enigma to the end. With this lack of knowledge of Antía’s motives and by never learning of her true character, and with only a glimpse of her motives right there at the end, throughout the movie, we mirror Julieta’s feelings as we watch the story unfold – and the manner in which this is brought forth reveals Almodóvar’s genius; but even on this subtle roller-coaster ride, when the movie ends, there is still a feeling of something missing.

If we move away from the story itself, there are a few add-ons that make this film a feast for the eyes – and ears. The carefully planned and well-timed use of elements in terms of space and colour that is almost a trademark of Almodóvar’s film production, rules also this film. From time to time, the use and the careful positioning of the rich-in-colour-and-pattern sets make us feel as if we walked into a painting. This is set in a sharp contrast with Julieta’s own empty, emotionally depleted shell. Almodóvar also stuck with his usual collaborator Alberto Iglesias for the music score, which is – as expected – both hauntingly beautiful and enchantingly versatile. 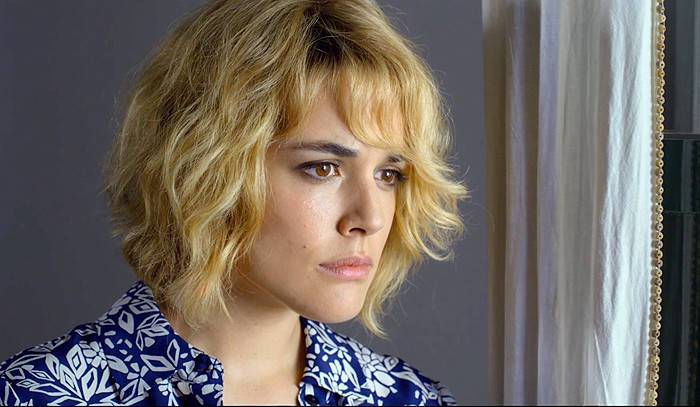 Even with the couple of downsides, it is an indisputable fact that even a slightly subpar Almodóvar film makes for a great viewing. It is impossible to walk away from Julieta untouched, even if it touches your heart just a little – or a lot, especially if you find your own heart mirrored through Julieta’s eyes.