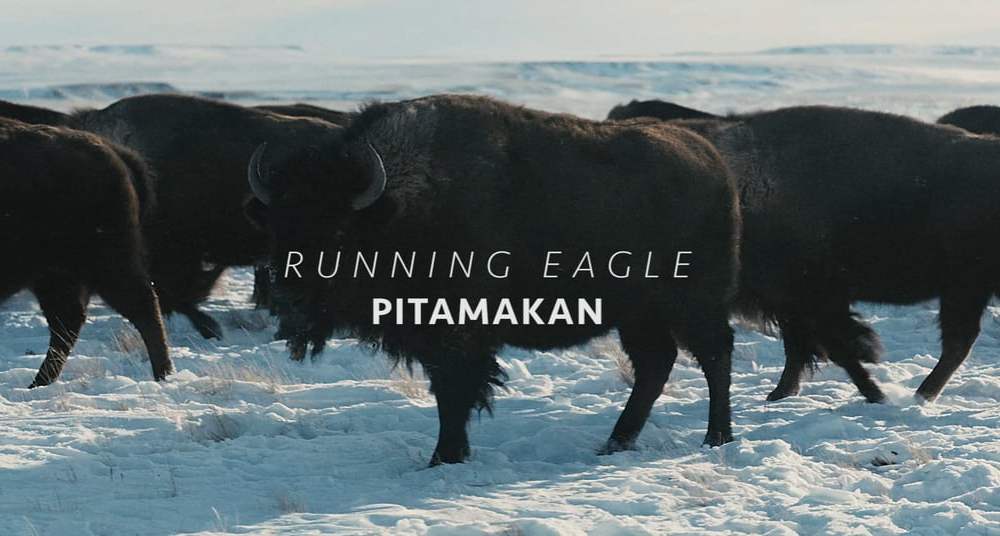 In 2014, Gwen Florio – an American writer and journalist – wrote Dakota, a novel which tells the story of the former foreign correspondent Lola Wicks, who investigates the disappearance of one of the Blackfeet Tribe’s girls, Judith Calf Looking. The novel is a fascinating yet distressing tale about the tribe’s living conditions, as well as the locals’, and about how booming economy is changing the face of the Native American society. Even though it is a fiction novel, it clearly depicts how the progressing system of wealth and technology are extirpating – to a certain extent – the North American Indians’ way of living.

At this year’s Raindance Film Festival, Konrad Tho Fielder, an emerging filmmaker, presented his powerful short Running Eagle: Pitamakan, a film based on the prologue of Gwen Florio’s book. It is set against harsh winter and breath-taking scenery; with it, Fielder introduces a young Indian girl (fearless performance by Devery Jacobs), who is being exploited by a tough-looking man; the audience is left in the dark about this character though – we don’t know who he is or where he is from.

We get to know the girl through her reminiscences of her past life when she was in the Blackfeet Reservation, hunting for buffaloes; we see her praying and thanking Mother Nature for providing her with food. She is a subtle girl who struggles to kill the animal; that said, we also catch sight of her being strong, which is shown while she is being controlled by the unnamed man. The situation she finds herself in makes her more determined to escape. One day – in her night gown only, covered with a bed sheet – she manages to run away and head back to Blackfeet Reservation, where she longs to be. Will she survive the extremely cold winter, will she arrive home safe and sound?

There is beautiful symbolism blended into the film as well; it takes the form of a feather; the feather which belonged to the girl’s father, and which is supposed to protect and keep the young woman safe. Will it do so?

Running Eagle’s cinematography by Benjamin Kitchens is striking; on top of that, the sound editing by Michael J McDonald is immaculate. The short film is over 12 minutes long and definitely worth watching as it is a high-powered work from Konrad Tho Fielder. Rumor has it that the filmmaker is currently developing a feature film adaptation of Gwen Florio’s novel. I look forward to seeing it – this is undoubtedly a captivating story.

All photos © Excuse Me Productions