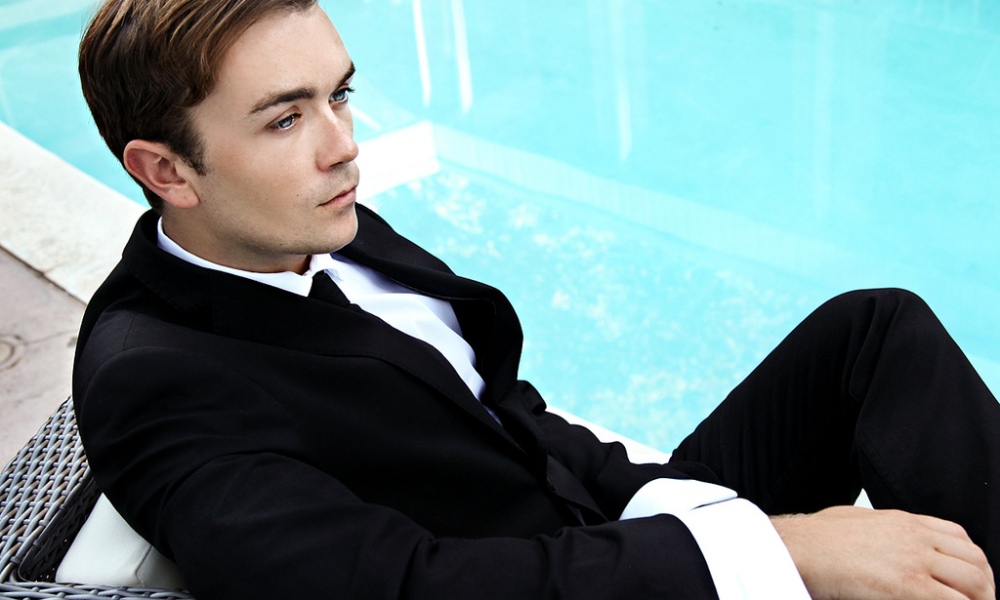 In Conversation with Emrhys Cooper

Emrhys Cooper is an ambitious actor whose extensive experience of playing a broad range of roles for musical theatre, television and film makes him one of truly versatile young British actors. Cooper is best known for the Emmy nominated drama series Vanity (2015), the award winning indie feature Till We Meet Again (2015), sci-fi drama Altered Perception (2016), Kushuthara: Pattern of Love (2017) and Nosferatu (2017), the upcoming remake of the 1922 German Expressionist horror film by F.W. Murnau. Born in the beautiful Devon area, he spent his free time dancing, singing and acting and then professionally moved into acting at the age of 12, when he started to appear in British TV shows and commercials. As he was an excellent dancer – and still is – Emrhys received a scholarship to the prestigious Central School of Ballet, where he studied for about two years and then moved on to the Laine Theatre Arts, to pursue a metier in musical theatre.

After a few years of training in London and the U.S., he started a relatively fast climb up the acting ladder. He recently left LA for New York, where he currently resides. It is worth mentioning that Emrhys is also a producer and writes his own stories whenever he has spare time. We had a chat with the actor while he was in London, just before he flew back to New York.

Let’s start from the beginning; who or what prompted you to become an actor?

I actually started very young as my father was doing a lot of theatre and my mother was involved with dance; I used to be dragged along to their productions and watched them on stage. I actually found it slightly boring and tiresome, because when you are a five-year-old child and have to watch Shakespeare, you know, it is tough. But having said that, I gradually got into it.

You trained as a ballet dancer at the Central School of Ballet and after two years, you moved to the well-known Laine Theatre Arts School to pursue a career in musical theatre. How do you apply your training in musical theatre into contemporary cinema?

Well, anything that’s on stage, whether you are there as a dancer or as an actor, you are still telling a story. All of my training as a dancer has kind of helped me, you know, in terms of being on stage, being in my body, being aware of how to act out a story. Just because you are dancing, it doesn’t mean that you are not acting. I think all the training up until 19 really set me up. The discipline that dance gave me – it is good to apply it to acting, because it takes a tremendous amount of work to be a good actor. A lot of people don’t realise how much work goes into it, but having a good dance background gave me the discipline that is required to be an actor. 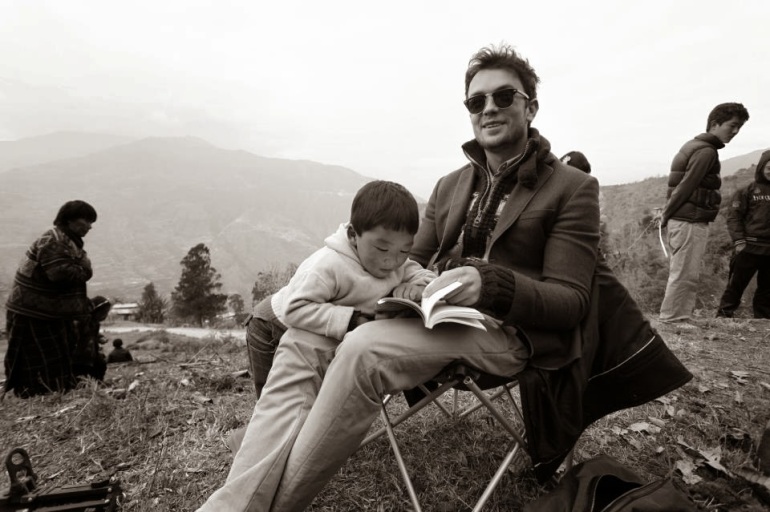 Emrhys Cooper in the Kingdom of Bhutan

There are people like Daniel Day-Lewis who are method actors and assume a role from the moment they step onto the set for the first time, while other actors have a wide range of different methods; would you mind sharing yours?

I studied many different disciplines, from Stanislavski to method acting, but I think it is about whatever applies to you. For me, as an actor, I always try to personalise every role; whether or not I am playing a role that is me in real life, I apply my backstory and use parts of my own experiences for that role, so it makes me go to a deeper level of compassion, because I utilised my own experiences, from my own life, in the role. Obviously if I was playing a criminal (laughs) – which has nothing to do with my personal experiences – I would research more about the character. All in all, I always try to stay as much as possible in the role while I work in that role.

Was there a time when you found it difficult to turn yourself into a given character?

Certain characters are a lot easier to understand than others. But when it comes to me, the more challenging the role is, the more I am excited about it. We rise to the challenge; if the role is too generic and not necessary interesting, I get bored. I like a role to be mentally challenging and stimulating, so I can really get as many layers as possible.

A still from the Emmy nominated drama series ‘Vanity’ © StyleHaul

Let’s talk about your latest production, a Bhutanese film entitled ‘Kushuthara: Pattern of Love’. In the film, you portray Charlie, a Western journalist and photographer. What was the auditioning process for that role like? You are also the only Western actor in the film.

I was actually offered the role, so no auditioning for me. It was the right place and the right time. I knew the Tibetan translator for the King of Bhutan; he happened to be talking to the King of Bhutan about wanting to do a movie with a Western actor, who could hopefully showcase the country to the rest of the world; The Kingdom of Bhutan is still such an undiscovered country. And my name was thrown out to the director Karma Deki, she looked me up and she thought I would be a good fit for the role. That’s how the role came about.

What sort of challenges did you face while filming ‘Kushuthara: Pattern of Love’?

Yes, filming was definitely challenging when I first arrived in Bhutan, because we were up at 10,000 feet; the altitude was difficult. The first couple of days were all about adjusting to that 10,000 feet; having said that, it was a wonderful experience. I was really blown away by the generosity of people there and just how excited they were by having me there. They really made me feel special.

There were not that many difficulties when it came to communication in English. That said, to some of the actors who performed while using English as their second language, it was hard at times. However, they still did a great job, and after watching the film, you will realize that they are a strong cast.

What attracted you to the role of Charlie and the film itself?

Reincarnation and Buddhist elements are rarely used in Western films. For me, it was very interesting to explore the character, the world and the culture. I do personally believe in second chances, reincarnation and love; I do think it is interesting to explore that. As I said before, there aren’t that many films that get these kinds of topics out there right now. Kushuthara: Pattern of Love is a simple and sweet film; it is not a complex one. With everything that’s happening nowadays, sometimes it is nice to be reminded of something simple as that. Bhutanese sensibility is very different, so from the Western perspective, you learn something about their culture through this film.

There are many actors who have been venturing into directorial or screenwriting projects; do you feel you also want to try your hand at something besides acting and producing?

It’s interesting you mentioned that; I am actually writing my first pilot right now; I finished the first draft of a new series I am creating, called Trophy Boys, which is loosely based on my experiences living in LA and it is like Entourage before Entourage; before they make it (laughs). It is kind of fun writing it now, I don’t really necessary know the end result but we will see how it goes. I hope that the project I am developing right now will leave the mark somehow.

So what’s next for you? Apart from writing the pilot, are there any new projects in the pipeline?

Yes, there is a movie called Nosferatu that I am going to shoot some additional days on. The film is the remake of the original 1922’s Nosferatu, the first vampire film. I am playing a lead in the remake. The film will be out on Halloween this year; so I am going back to Los Angeles to shoot that. I had so much fun filming it with the great actor Doug Jones. Nosferatu is next for me, also helping develop my production company, taking good auditions and just focusing on enjoying the journey rather than worrying about everything. That’s what’s next for me!

It was a great pleasure chatting to Emrhys Cooper. We wish him all the best in the future!

All other photos courtesy of the photographers

Emrhys Cooper, film, In Conversation with