In the middle of nowhere, on a grass patch among scattered bushes, a group of younger men is playing a game of football. It looks innocent at first, with basically no audible dialogue. But there is a growing sense of desperation and aggression involved in the game, up until the moment when one of the guys ends up on the ground with a broken leg, and the first audible word rings out from another guy who appears to be the referee: “Penalty!” What follows in less than 10 minutes, spins a world-shattering new angle to the game we just watched, and it will leave any viewer shaken to the core.

In the last few years, there has been a swarm of refugee/migration-themed short and feature films, all painting vivid images of humanitarian crises in different parts of the world. May it be extreme poverty, totalitarian regimes or war, people are risking their all in the hopes of freedom and perhaps a better life – and even though we have heard too many horror stories, with happy or tragic endings, we still cannot entirely comprehend the levels of the struggle or the lack of basic mercy involved in the process. Too many people get stripped of their humanity by those who would use any little amount of power they yield over the weak. This power play in the real-life purgatory, along with the heart-wrenching desperation of those who want to escape it, is what brings about the game of life in Penalty… where there are no true winners.

Penalty was directed by Aldo Iuliano, a young Italian director who is only now working on his first feature. He worked as a cartoonist before switching to film direction; his shorts Fulgenzio, Natalino, Tattoo, La lezione and Haukna Matata have all received numerous awards, but Penalty seems to be the one to have set the stage for even greater achievements. Given its story and its incredible quality – even if its editing seems to be very simple at a glance, with as much natural flow as there can be without the film giving off an amateur vibe – it is no wonder that Penalty has been making waves wherever it’s been screened, winning almost thirty awards already – and its run is nowhere near done. 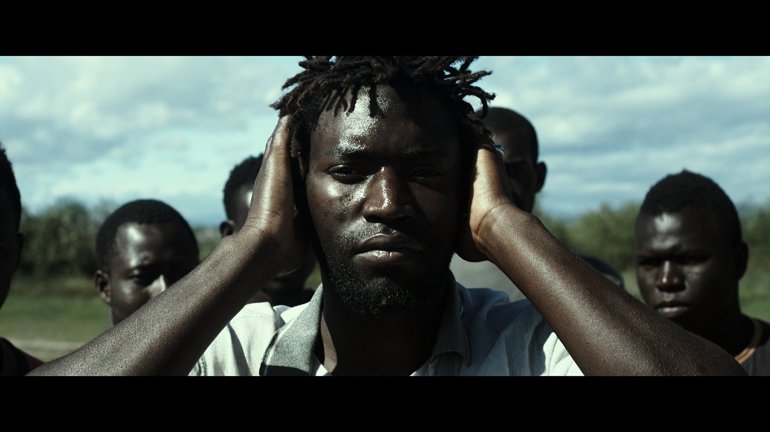 What is truly amazing is that none of the cast are actual actors, but acquaintances of the director; however, their performances in the short are piercingly genuine, and not a second of the film feels forced. Besides the cast, Iuliano assembled a small production team of either promising or award-winning members; the screenplay was written by his brother, Severino Iuliano (whom he cooperated with already on his previous shorts) and Alessandro Giuletti, and it is as simple as it is masterful. There is not a single redundant word spoken – nor is there a need for more dialogue. The story is given the extra edge with the naturalistic cinematography by award-winning cinematographer Daniele Ciprì, and the perfectly executed editing by Marco Spoletini.

Ultimately, Penalty is a short that everyone should watch – it manages to utilize its format perfectly. In less than 5 minutes of buildup, we are delivered a powerful slap in the face, with some subsequent slaps to follow – to us, looking from comfortable seats and sofas from afar, certain things may seem simple, but they are more complex and horrid than we could ever imagine. This story is fictional, perhaps; but it is not impossible. There is more than one kind of game played where humanity gets starved… but no matter the game, the Penalty might just be the the same for all.