Mazen Khaled, with two features and four shorts under his belt, has already impressed critics with his promising film-making; seen as an art-house type of a director, his style undoubtedly aims at the niche market rather then at the mainstream audience. His new work, Martyr, was recognised by the Venice International Film Festival and presented in Biennale College – Cinema, a section that encourages emerging cinematic talents by giving them a chance to work alongside experienced film directors on productions with shoestring budgets.

Beirut, Lebanon. Hassane (Hamza Mekdad), who comes from a poor background, is an unemployed young man. He crashes at his parents’ tiny apartment, causing tension in the family. With the false promise of going out on a job hunt, Hassan leaves home to meet a bunch of friends instead. In a fast pace, the audience is taken on a drive through the destitute streets of Beirut, halting at a beautiful, rocky sea spot, which is seen by the friends as an asylum from the daily life of underprivileged (and often marginalised) individuals. With the beautiful and artistic shots of the sea, the water becomes a symbol of the youth’s freedom and an important element of the men’s existence.

While spending time together, Hassane and his closest friends contemplate their lives; in the protagonist’s eyes, his life is a genuine hell with no escape. Jumping off the rocks, as well as off a promenade, gives them an illusion that maybe there is a way out from the world they live in. While watching the film, a viewer gets the feeling that something is about to happen, but can’t really figure out what when until the worst occurs: one of the men drowns. In the guys’ mind, the victim becomes a martyr, but is he? What does the concept of a martyr stand for in the film? Unfortunately, a lack of explanation deprives the viewers from a better understanding of the film’s ending. It also makes one wonder what really pushed the young man to jump. Was it the pressure of society, or peer pressure, or perhaps – just despair? 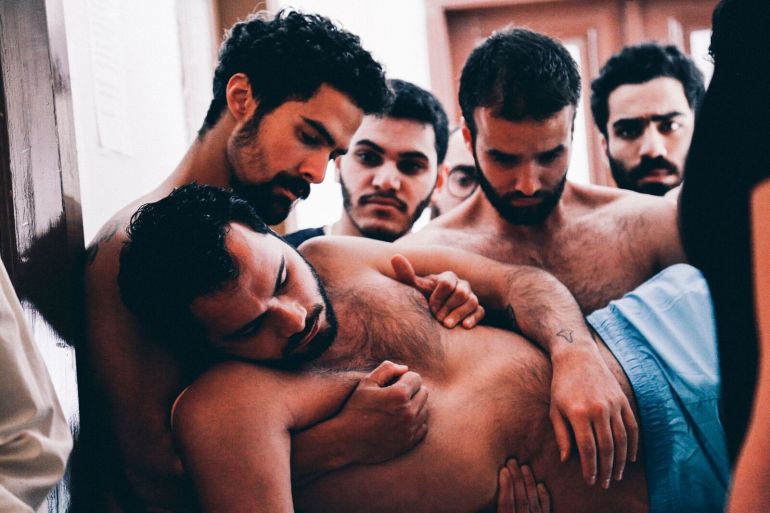 Throughout the film, Mazen Khaled in a tasteful way concentrates on human body, which is used as a vessel to tell the story of fear, grief and lost hope – there is no doubt that there is a raw beauty to it. The narrative is slow, but somewhat accelerates with the help of the artful, sensual movements of the contemporary dance. The symbolism of water in Martyr plays a noteworthy role as with every frame of the sea and the men swimming in it, it reaches deep into the realm of human thoughts and the ideas of liberty. With the film’s story, Khaled explores the truth of Beirut’s social imperfections and of religious influences on the lives of the younger generation.

Even with all that, there is a slight distance between the audience and the film. Mazen Khaled dispossesses the viewers from forming emotional bonds with his characters until the last moment of the production – the superficial development of the protagonist’s persona makes it hard to comprehend the broader context of the narrative. 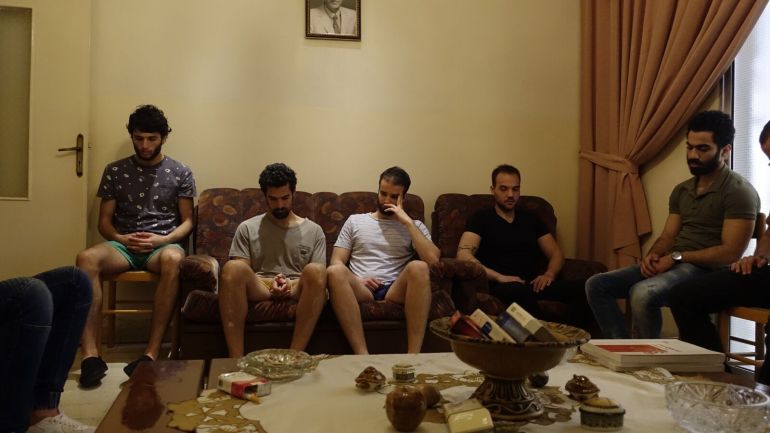 Martyr is truly an art-house work that strayed away from common filmmaking. Art-house films are often regarded as boring with complex narratives; Khaled’s new feature is not dull by any means, but it does have a slightly laborious story. Due to that,  grasping the meaning of a martyr in the context of the film is not a straightforward process.

Martyr will not be to everyone’s taste; however, it serves as a sound tool to depict the Lebanon society and its inequality. Being a middle-income country, poverty in Lebanon has largely reminded hidden, but Khaled – with his interesting storytelling – exposed it in an honest, yet depressing way.