Call Me by Your Name Review

The 9 Best Picture nominees for the 90th Academy Awards include a film that has charmed audiences everywhere, shining a bitter-sweet light on our memories of our first love, as well as flaming our desires to feel that special connection, with that special person, again (and again). Call Me By Your Name, based on the novel of the same title by André Aciman, with the masterful strokes of director Luca Guadanigno, takes us to a small town in Italy, straight into a hot summer in 1983 – and proceeds to pleasure the viewers in more ways than one. 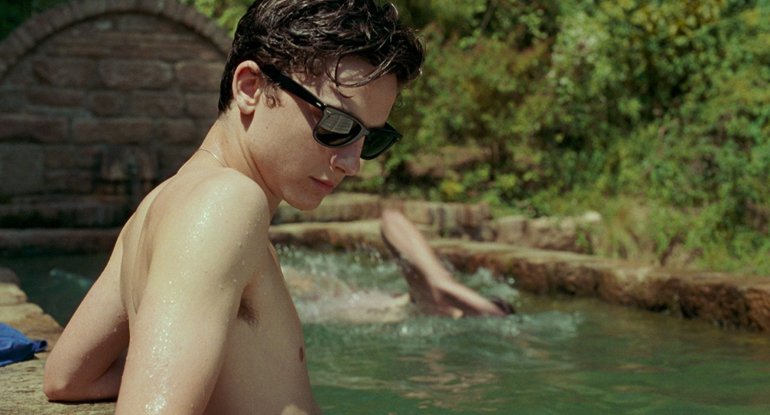 The protagonist of the story is the 17-year-old Elio (Timothée Chalamet), son of an archaeology professor (Michael Stuhlbarg). His father hired an American student, Oliver (Armie Hammer), as his assistant for the 6 weeks of summer. Elio is a typical teenager, but the kind with oodles of talent, especially in the musical department. As he is still searching for his footing on the way to adulthood, Oliver’s confident personality – which is almost stereotypically American, even if his knowledge supersedes any and all stereotypes – slowly  draws Elio in, and the story of a sizzling hot summer evolves into not just one of expanding intellectual horizons, but into a youthful discovery of erotica and romance.

Call Me By Your Name is special in many ways, and it is not just the summer heat that makes the silver screen sizzle, commanding the attention of the audience – it is the undeniable and utterly believable chemistry between Timothée Chalamet (Interstellar, One and Two, Lady Bird) and Armie Hammer (The Social Network, Mirror Mirror, The Birth of a Nation) that takes the viewers’ breath away. Timothée feels like a true discovery of the acting world, earning himself several awards and nominations this season (including an Academy Award nomination for Best Actor), but he has been working as an actor for the better part of the past 10 years, slowly outgrowing his child actor shoes until he finally managed to steal our hearts in Call Me By Your Name. Even though Timothée has been present in the business for this long, he still possesses an air of innocence that aided him in his wonderful – and more often than not, perfectly cocky – portrayal of Elio. Similarly, Armie Hammer proved that he can be the Prince Charming in more ways than one, letting us catch a glimpse of his vulnerable side. The supporting cast, led by Michael Stuhlbarg as Elio’s father, also delivered admirable performances that added to those warm tingly feels this film could not stop exuding.

The film – true to the original novel, even if the script veered of from the original in certain points – manages to do something many LGBT-themed films attempted, but failed to do: it offers a love story that does not directly address the stigma that sadly still involves LGBT romance, but it charms the audience in ways that subtly dispel any rejection that the viewers might feel. Elio’s story is presented in a way that supersedes the subject of gender, but offers a young person, who – in director Guadagnino’s own words – explores the “beauty of the newborn idea of desire, unbiased and uncynical”. The story moves with an elegant, well-thought-out pace, with dreamy cinematography and music score to boot, and even though Luca Guadanigno decided to play it safe by eliminating some of the sauciness from the original script by James Ivory, he still kept enough of it to quicken the collective heartbeat of the audience.

Previously reluctant or not, at the end, the audience is left wishing that Elio’ and Oliver’s love story turned out differently. And yet, “THE END” seems to be a ways away. After some deliberation, and even though Call Me By Your Name concludes Guadagnino’s  Desire trilogy (the first two movies being I Am Love and A Bigger Splash), Guadagnino seems to have set his mind on exploring not only Elio’s, but also Oliver’s story further, and perhaps beyond the bounds of the original novel. May it be a sequel or a series… It will be interesting to see where Elio’s fictional, but representative heart will take him.