Can any of us really comprehend that Daniel Day-Lewis now ended his acting career? Hear me weep… Daniel Day-Lewis, one of the most awarded (three Oscars under his belt) and the most fastidious – he had always carefully chosen his projects – actors out there, gave his farewell performance in Paul Thomas Anderson’s Phantom Thread. The film depicts the fictional story of Reynolds Woodcock, whose persona is partly inspired by the life of the Spanish fashion designer Cristóbal Balenciaga Eizaguirre (1895 – 1972), to whom Christian Dior referred to as “the master of us all”.

1950s, London. Reynolds Woodcock (Daniel Day-Lewis: Lincoln, Nine, There Will Be Blood) and his sister Cyril (Lesley Manville: Mr.Turner, Mum – TV Show) are in the heart of the British fashion. While Woodcock is an uncompromising designer, sewing dresses for the upper classes (including the royal family), Cyril looks after the business; everything is done in the refined style of The House of Woodcock.

It seems like Woodcock has everything: the talent, the business and the exclusive clientele; nevertheless, there is something missing, and as cheesy as it might sound, it is love. Various women roll through Woodcock’s life, they accompany him and inspire him and yet he remains a bachelor. It all changes when he meets Alma (Vicky Krieps: Hanna), a waitress, who quickly becomes not only his companion, but above all, his muse; a muse that’s about to interfere with the designer’s routine and his peace of mind. Reynolds and Alma form an unusual, yet toxic relationship and try to control each other’s way of living…

Phantom Thread is a very different production to the previous Anderson’s projects. Following his serious and complex films, that were at times ruthless and violent, this film brought the audience into the world of chic and reputable fashion of the post-war London; and Daniel Day-Lewis as the fashion designer becomes our guide to the self-righteous ‘realm’. 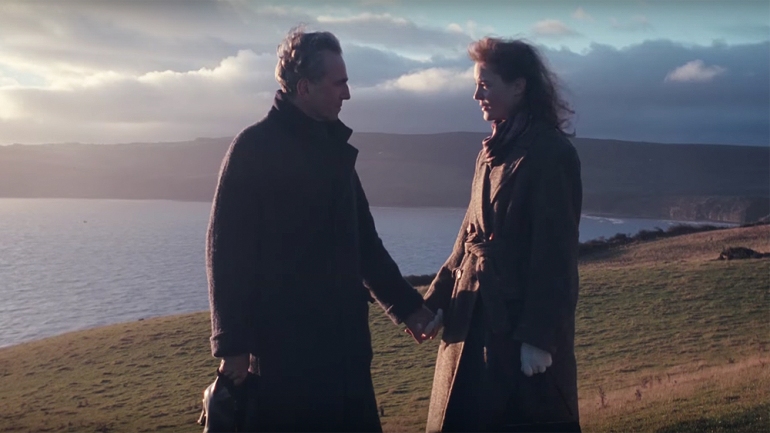 Phantom Thread ‘wraps’ the audience beautifully, almost like a garment envelops Alma. That said, the longer you watch the film, the tighter it becomes. Anderson gradually builds the film’s tension, patiently outlining the relationship between the two protagonists. He also cleverly balances various genres; there are bits of dark comedy, thriller at the level of Hitchcock, as well as romance. The film mainly takes place indoors, in the slightly claustrophobic interior of the designer’s sumptuous apartment as well as in his country house. And whenever the viewers get a chance to ‘go outside’, it is only to catch a short breath and rejuvenate themselves with stunning shots of the British landscape.

Daniel Day-Lewis gives a sublime performance in Phantom Thread, as do Vicky Krieps and Lesley Manville; they slowly reveal the depth of their characters, going beyond the potential genre clichés – Anderson depicts the ‘wrestle’ of  the three charismatic and unyielding personas in an interesting way. 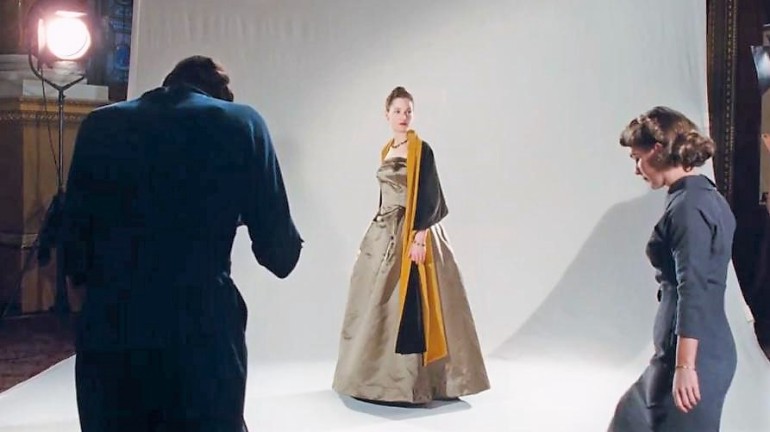 Daniel Day-Lewis’ last achievement as an actor is glorious, but will it go down in history as the most memorable performance of his? In my eyes, not at all. He might be remembered as Reynolds Woodcock and his impressive acting in this role; but to me, his earlier works have more artistic value; My Left Foot, In the Name of the Father and There Will Be Blood, to name just a few. Having said that, his last performance is both atmospheric and full of emotions, and it makes for a great tribute to fashion designers and their work.

All photos © Focus Features (US) and Universal Pictures (International)