In Japan, a ‘jiko bukken’ is the name given to stigmatized properties where the last tenant has died of unnatural causes. Supposedly – according to Room Laundering at least – Japanese landlords must disclose to possible residents if the last tenant died of something out of the ordinary. Leaving landlords stuck with unrentable properties, that they are often forced to rent out at a fraction of their original price. 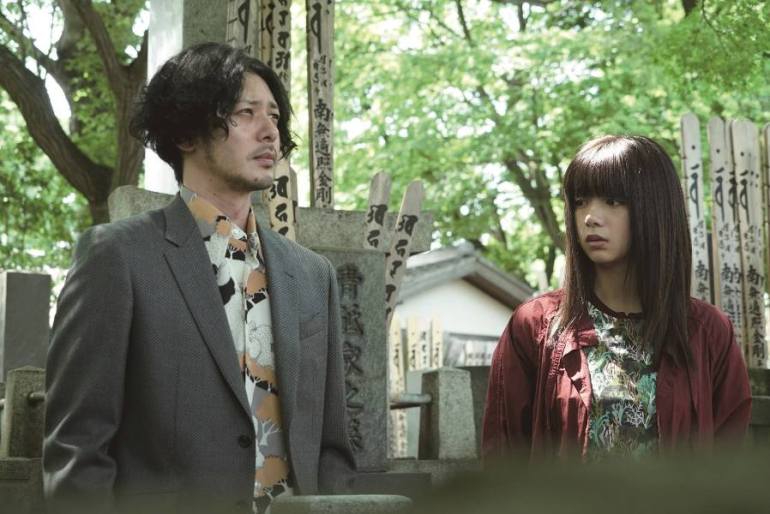 Crooked businessman Goro (Joe Odagiri) however manages to find a loop-hole, discovering that such horrific details of death don’t need to be disclosed to renters if someone else has lived in the property since the death. Thus, he enlists the help of his gloomy niece, Miko (Elaiza Ikeda), to live in such tainted properties long enough to ‘purify’ them. Miko is a secluded hermit 20-year-old who can see dead people, often preferring them to the living. Miko’s life has been shrouded in death and loneliness since her father died when she was five, and since her mother abandoned her a year later. When Miko’s grandmother died when she was 18, she was left in the care of her questionable uncle, and her career in ‘room laundering’ began.

Kenji Katagiri’s Room Laundering is a chirpy, and light-hearted tale that focuses on the tough coming to terms with trauma and grief. It focuses on Miko befriending the ghosts trapped in the ‘tainted’ apartments and her efforts to help them fulfill whatever it is they need to move onto the after-life. The film even takes a surprising turn into becoming more of a murder mystery. Although its themes are deeply rooted in the macabre, it uses goofy characters, pastel palettes, and a charming up-beat soundtrack to stop the film from turning too sour. 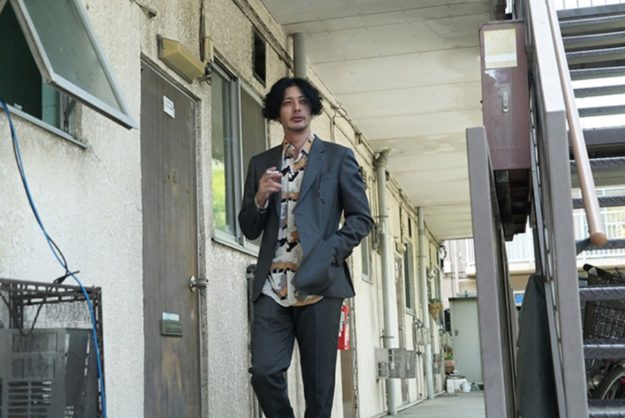 Room Laundering has a wonderfully creative and refreshing concept and at first seems to promise to explore some intriguing ideas in the form of Miko’s nihilism. Her self-inflicted isolation, her rejection of alive humans and embracing of the dead all make for some interesting points of discussion. Even her nickname ‘Miko the Ghost’ makes a starting point for a great analysis of the boundaries between ‘truly living’ and living a pitiful life suffocated by grief. However, these all feel a little underdeveloped and shallow, and the film doesn’t give enough time to such thoughtful topics.

Instead, it seems to water itself it down, never putting enough confidence in its concept’s own abilities. The film lacks an attention to detail in displaying its core sentiments. While there are occasionally some nice moments of her connecting with the ghosts, some of the portrayals can feel a little cliché and unimaginative. The so-called sentimental aspects can feel fragile and leave the audience grasping onto very little. Meaning the mid-portion of the film falls a little flat, especially after such a promising concept introduced in the beginning.

As a self-proclaimed comedy, it’s forgivable that the film wouldn’t delve too far into the thriller suspense style often assigned to murder-mystery films. It would even make sense with the film’s bubbly colourfulness for the film not to delve into too hard-hitting emotions. However, for all this to work Room Laundering would require a whole lot more comedy. While the film has its funny moments – which it does well, especially with the hilarious character of punk rocker ghost Kimihiko ( Kiyohiko Shibukawa) – it seems to forget its genre at times. Seeming to skip on the comedy side for long strides of time. Leaving everything feeling a little stranded and lifeless.

Room Laundering regains its vitality towards the very end. Where things seem to string together a bit more and the audience gets more of what they had been promised, more exploring of Miko’s personal struggles with death and more sense made of her life. It even fixes itself up with some sweet and clever moments about overcoming grief. Although endearing in its resolution, it’s mournful that Room Laundering waits until its final moments to come alive again.