‘If you were in the wild, you’d be eaten!’ is a line spat at pre-teen Mylia by her younger sister, Camille, referring to Mylia’s meek and unopinionated existence. Geneviève Dulude-De Celles’ latest piece A Colony is a thoughtful and perceptive look into teenage anxiety and how, in high school, invisibility and diffidence can be a necessary means of survival. 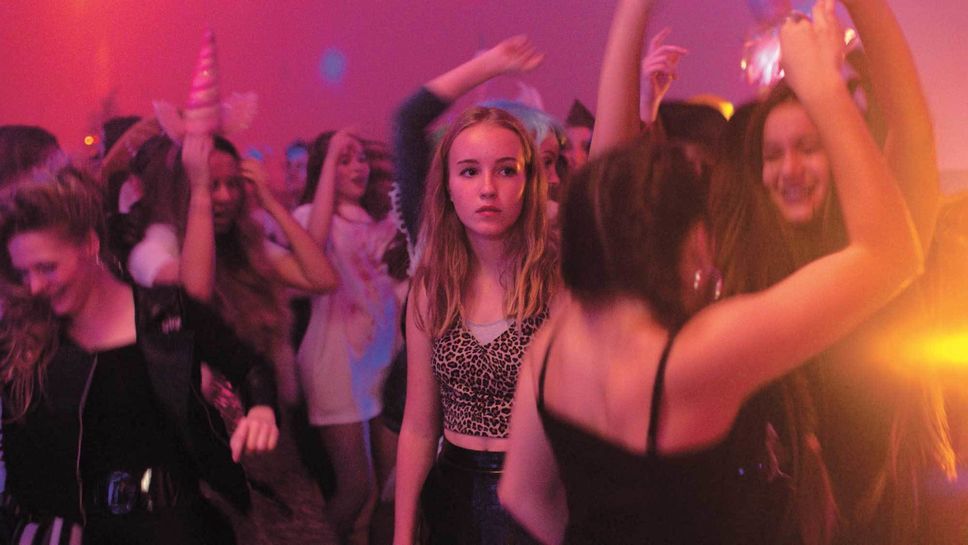 Mylia (Emilie Bierre) is a high-schooler stuck in rural Quebec, where she lives with her adorable but annoyingly persistent little sister, Camille (Irlande Côté) and her feuding, sleeping-in-separate-beds parents. Mylia is starting a new high school in the city, one that is an hour commute from her outback town. It’s not explicitly stated why but it’s heavily implied that Mylia has had to exchange schools due to bullying. This bullying is something that has left a heavy stain upon Mylia’s personality – leaving her fearful and timid every time she leaves her house.

At her new school, Mylia befriends the two polar opposites, Jacinthe (Cassandra Gosselin-Pelletier) and Jimmy (Jacob Whiteduck-Lavoie). Jacinthe is a confident and popular girl, who opens Mylia up to the world of fashion, boys, and underage drinking. She’s not necessarily a mean-spirited girl, just one that is self-absorbed and unaware of Mylia’s constant anxious state. She’ll exploit Mylia as a homework tutor yet refuse to sit next to her on the bus, opting to instead sit with her gaggle of ‘cooler’ girlfriends. Mylia is a mute puppet around her, she trails after her every move and attempts to join in on her drinking and playing dress-up, but ultimately ends being the laughing stock of the group. 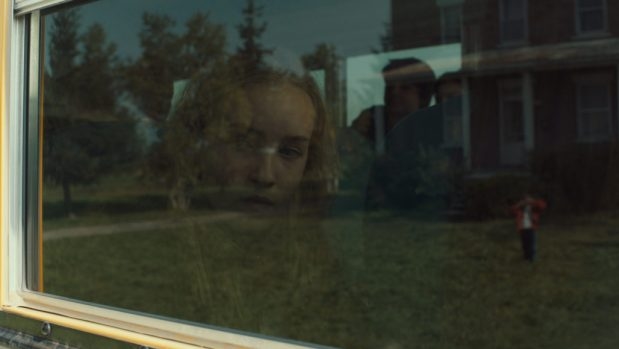 On the other hand, Jimmy is an angst-ridden boy who lives with his grandmother on an Abenaki reserve. He’s resentful to most of the kids at school, calling Jacinthe and her friends ‘sluts’ and gets into physical altercations with racist kids at school over the white-washed versions of Canadian history taught in their schoolbooks. However, he and Mylia seem to have a pretty good understanding of each other. Both bonding over the fact they don’t feel like they belong or matter in school. Mylia is much more of herself around him and it’s very rewarding to see Mylia get to be a happy and bright version of herself towards the end of the film.

A Colony excels at presenting a hauntingly authentic look at female adolescent anxiety; framing the experiences of insecurity and self-doubt many teen girls go through. Alike Eighth Grade, but without the chirpy commentary or upbeat attitude, A Colony takes a more slight and downbeat take on teenage unease. Mylia is at that awful age where you constantly fear the worst of people, that they’re constantly judging you and persistently different and ‘further ahead’ than you. Mylia is incredibly overly self-aware and constantly trying to make herself invisible. From getting paranoid about her body whilst changing in the girls locker room to the age-old classic of hiding out in the toilet cubicle until the louder, ‘cool’ girls have left; she’s riddled with an innate fear that she’s not worthy of belonging anywhere.

If Mylia is the self-conscious teenage girl, then Camille represents how many young girls are before they hit an age where they start to notice their ‘flaws’ or start to care about how others perceive them. She’s weird, she’s loud, and she’s unashamedly herself – all things that immensely annoy Mylia. Where Camille has an assertive nature about the world, Mylia has developed an insecure passiveness – worrying that whatever she says isn’t right.

A Colony is a mellow and graceful look at the restrained and anxious teenager; giving a voice to a silent experience shared amongst many. Mylia acts as the wandering silent spectator for the high school experience, delivering an understanding and candid perception of being young and in a constant state of anxiety.