Adam McKay, with great stubbornness, taste and exceptional layers of humour, has been known to show the bright and dark sides of the USA through his filmmaking. Although he has many films under his belt, it was his 2015 feature The Big Short about the 2008 US financial crisis that got everyone talking; McKay superbly depicted the system of capitalism as a caricatured and ubiquitous propaganda, uncovering theft mechanisms that managers of large banks applied to the world. His new work moved away from the financial world, bringing the audience to the White House. Its core character is one of the most colourful, albeit secretive people in the history of the US politics: Dick Cheney, the former US Vice President.

McKay draws an interesting, yet irritating portrait of Cheney (Christian Bale), a man who went from being a young political flapper to becoming the Vice President; a man who often sat at the ‘big boy’s’ table of the White House, making some of the most controversial decisions in the modern history of the USA. Through the prism of his narrative, McKay examines the social foundations of the United States, putting Dick Cheney into a sort of a guide role through the American mentality.

The world of higher politics intertwines well with the depressing and problematic subject of everyday life that effects everyone. McKay cleverly uses an average American citizen to narrate the story, someone with whom any of us can easily identify. The world of politics seems to be a soulless place where the dark side of the unrestrained ambition for the power lies, and shows how little we know about what really happens behind closed doors.

The strongest point of the film lies in its cast performances. Christian Bale as Cheney injects a large dose of slack and effortless nonchalance into his character, not to mention how much weight he had to gain for the role, channeling him as a morally ambiguous man with his own – at times insane – agenda. Amy Adams as Lynne Cheney is basically unrecognizable, providing Bale’s character with great support. Steve Carell in the role of Donald Rumsfeld is beyond sublime. He brings humorous elements into the film as well as becomes a brilliant symbol of social ambitions and moral indifference. 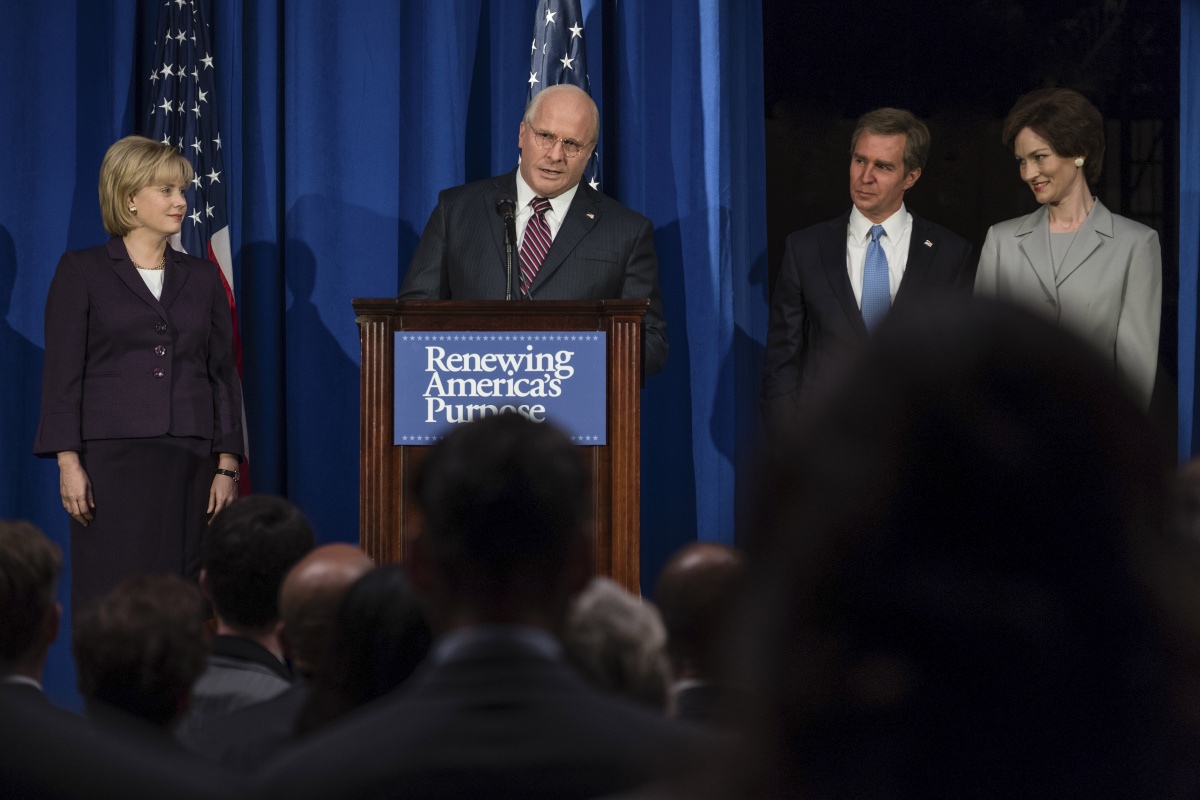 After watching the film, you might realise that McKay avoided over-dramatisation of the complex events; instead, the filmmaker inserted jokes about Cheney’s misfortune and approach to politics, making the seriousness of problems that the USA faced at the time slightly easier for the audience to comprehend. The element of humour is a constant in McKay’s narratives, which is also seen in Vice – the filmmaker used simple tricks to convey maximum content with minimal effort while simultaneously balancing the elements to prevent humour from becoming unleavened or forced.