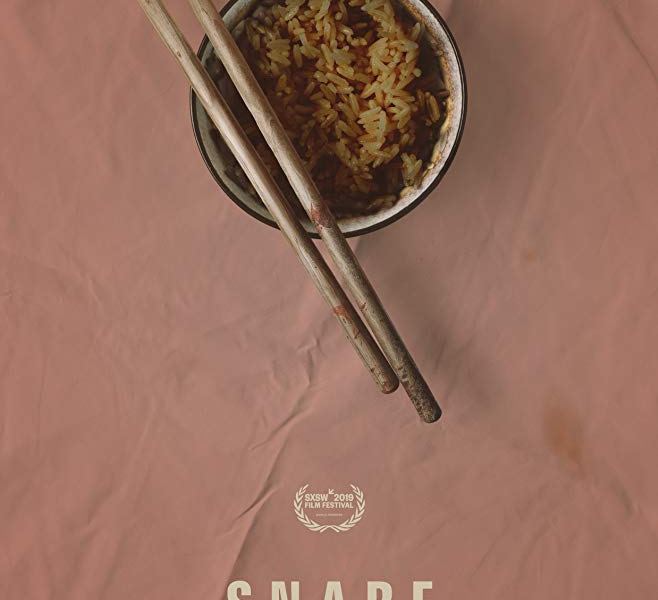 Settled amongst soothing music, plastic vegetation, and steamed dumplings in the corner of a dated Chinese restaurant sits 50-year-old Steve (played by Steve Rodgers). He’s just quit his 9 to 5 to pursue his life-long dream of being a punk-rock drummer and is waiting to spill the joyous news with his rockstar son, Jobe (James Fraser). However, once his loose cannon of a son decides to turn up it appears that not everyone is thrilled about Steve’s change in career. Jobe comes to his father asking for money for his band’s, The Nosebleeds, first tour of Japan. Money unemployed Steve is now wanting to invest into his own dreams. Things go south for the pair as they butt heads over the money and bicker over who’s dreams are more deserving of fulfillment. Snare is a candid and openhearted depiction of contemporary parenting and how in an age of dreams and go-getters, parents funding their children’s ambitions are often expected to be fine with being left behind. 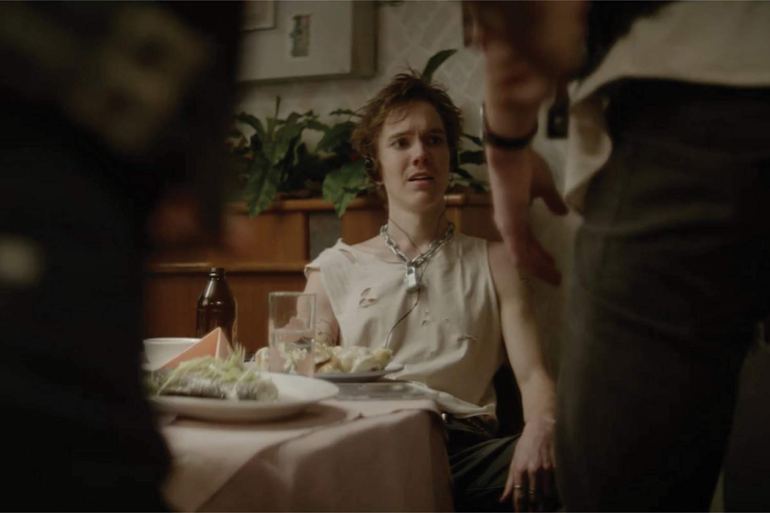 Madeleine Gottlieb’s short personifies the tricky relationship between being young, broke and pursuing your dreams and the fact that such financially-strenuous ventures often teeter on the fact that your parents are reliable, stable, and not setting out on any of their own extravagant adventures any time soon. It examines our ungrateful side, our greed, and the fact individuals rarely see their parents as autonomous, ambitious and ever-changing human beings. Rather, it is much easier to see them as solid and anchored ATM’s spilling out money and comfort.

Both Steve and Jobe rock up to the restaurant searching for a bit more than chow mein. Steve is desperate for his son’s approval, desperate to be in with the ‘cool kids’ of rock and desperate for Jobe to pass around his dad’s mixtape to his magical industry contacts. On the other hand, Jobe is seeking overwhelming financial support and to be left alone emotionally. Left so alone it’s almost as if he wants his father to hand him a wad of cash then scarper as if he never existed at all. He wants his parents to be secure, smiling, and very very distant – as to not cramp his image or remind him about his potential future if all his dreams fall flat.

Snare digs up the entitled and obsessive side of both parent and child. Steve being the controlling parent figure who expects his son to owe him everything because of the sacrifices Steve has made for him throughout his life. Sacrifices that Jobe never asked for or could ever comprehend as a child. Steve even goes as far to demand Jobe lets him come on tour with him to drum as thanks for his many years of parenting. While Jobe is immature, almost bratty and expects Steve to continue to give up everything for his son without hesitation. After all, he’s old, he’s past it. Never mind the fact Jobe inherited his very adoration of punk music from his own father. Each are trying to pick and choose aspects of each other’s lives without having to deal with each other’s dependency. Steve wants Jobe’s style and his contacts but doesn’t want his financial burden. While Jobe wants Steve’s hard-earned savings but not his emotional distress in bearing unfulfilled dreams. It’s a tricky situation, and an experience many have felt before, but outlined with a clear and astute perception that will strike a chord with any audience.

Snare is a snappy, brash, and affecting short. The script is filled with witty and slight dialogue. With Steve’s pitiful pining for his son’s approval when discussing music to Jobe’s obvious hesitation and discomfort when confronting his father’s failed dreams. It flicks through a range of emotions such as guilt, frustration, and humiliation all in a matter of minutes without skipping a beat. The characters feel natural, complicated, and close to home. Holding up a mirror to the push-and-pull dynamic of father and son, Gottlieb serves up a cognizant and considerate perspective on the uncool dad trope and how ungrateful we can be to our fathers.