Musicals are a rarity in South Korean cinema, even if there are South Korean productions out there with traces of music themes, thrown into the middle of the film or found close to the end credits – but that does not qualify those movies as musicals. Swing Kids, directed by Kang Hyeong-cheol (Tazza: The Hidden Card), falls into the scant category of South Korean musicals. The film is based on Korean musical Rho Ki-soo, a bizarre mix of war drama and sweet-sounding tap dance acts. 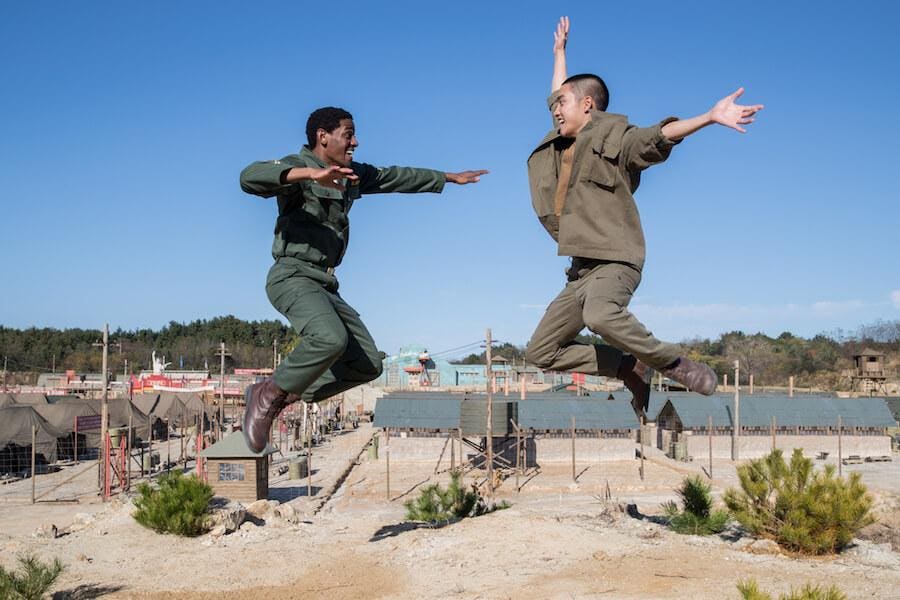 The film takes the viewers into the heart of Geoje prison camp in South Korea during the Korean War in 1950’s. The camp is under the command of American troops and full of both prohibited North Korean propaganda and North Korean soldiers. This is where an American general orders Sergeant Jackson (Jared Grimes) – a black man, discriminated by his own army, who is a not only soldier, but also a very talented tap dancer – to create a dance group consisting of prisoners in order to reassure the public that the camp is not as bad as many may think.

Jackson himself does not believe in succeeding as he has never seen an Asian who can tap dance. Still, he brings together a group of outcasts, consisting of Kang Byun-sam (Oh Jung Se), a man who ended up in the camp by pure accident while he was looking for his wife, Yang Pal-lae (Park Hye-su) who becomes Jackson’s translator as well as the only female dancer, an overweight Chinese soldier Xiao Fang (Kim Min Ho), who can move, but is quickly out of breath due to suffering from angina. The main dancer of the group quickly becomes Ro Ki-soo (Exo’s D.O.), a war hero who is worshipped by his North Korean comrades and whose ideology does not allow him to betray his fellow soldiers, but against all odds, the young man cannot resist the charm of the American dance…

The film would have been a wonderful eccentric musical that was set against a very gloomy background, were it not for humorous themes, intertwining themselves with the lurking wraith of war and the conflicts of ideologies. As it is to be expected from a tap dance-based musical, Swing Kids is led by rhythm. Infected with the joy of tap dancing, Ki-soo responds to this rhythm in his everyday life in the camp, making him dance wherever he goes – D.O took the full advantage of his background as a K-pop idol, where dancing is both in his blood and a part of his training; his tap-dancing is impressive throughout the film. It is by the grace of him and Jared Grimes, a professional dancer, with dance performances almost at the level of Fred Astaire, that the film is saved. 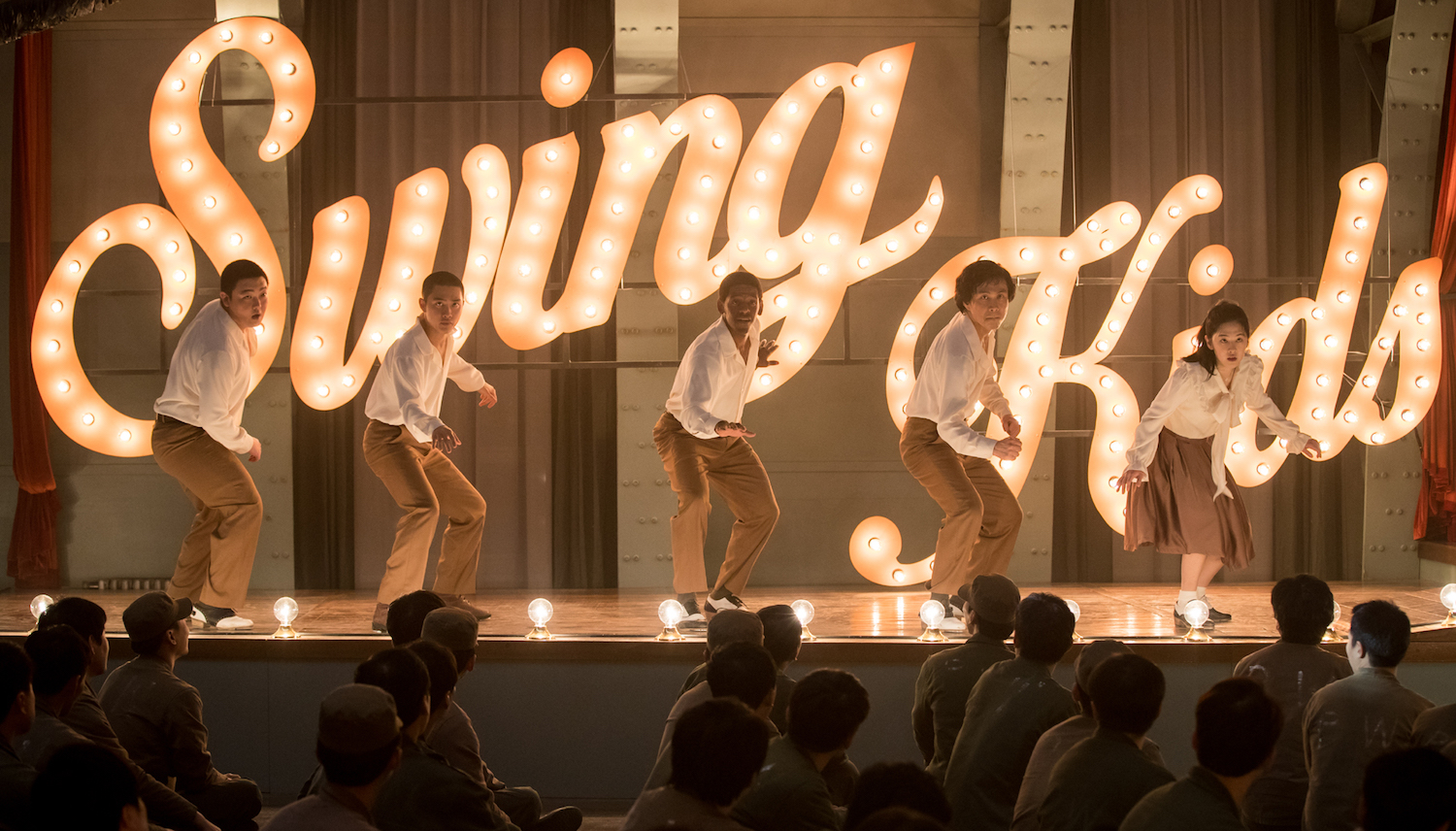 The dance connects all the characters regardless of their ideology and language, but outside the tap dancing scenes, Swing Kids fails to attract the viewers with the story’s political intrigue – this side of the narrative is too chaotic. Having high expectations for this film is not advised since they will only lead to disappointment, but it’s worth noting that the theatrical performances from the cast still make for a decent watch.