63rd BFI London Film Festival: The Dude in Me Review

Body swap comedies are beloved for their bold and ludicrous takes on what happens when opposites switch. Defined by the occurrence of two characters swapping physical states but maintaining their prior personalities, body swap films offer up absurd and fanciful interpretations of what can happen when you take characters and place them in an extreme game of imitation and uncomfortable situations. Freaky Friday is famed for a rebellious punk teenager switching bodies with her conservative mother, It’s A Boy Girl Thing examines gender roles while The Dude in Me now takes a tongue-in-cheek look at Korea’s age-based respect hierarchy. Dong-hyun (played by B1A4 boyband-member, Jung Jinyoung) has his life turned upside down when he accidentally falls off his school building and onto no-nonsense gangster, Pan-su (Park Sung-Woong) – forcing their souls to switch bodies. Pan-su wakes up inside Dong-hyun’s body while Dong-hyun remains in a coma inside Pan-su’s body. Mayhem here unravels as the two opposites try to get accustomed to each other’s starkly different lives.

As in many body swap films, the switch comes from a curse placed by an older witch-like figure who’s trying to teach one of the characters a lesson. In this case, the lesson is a trick of fate brought onto Pan-su by a mysterious woman running a café – a café that sequentially disappears after the body swap has happened. Stranded in Dong-hyun’s body, Pan-su has to learn how to navigate life as a bullied, outcast teenager as he returns to Dong-hyun’s school and home to Dong-hyun’s sweet but overbearing father. Here, Pan-su befriends classmate Hyun-jung (Lee Soo-min) which leads him to her restaurant-owning mother, Mi-sun (Ra Mi-ran) – who turns out to be an old flame of Pan-su’s. Here, Pan-su learns the importance of love and family as he falls back in love with Mi-sun from afar. Quite sweet and endearing with its message, The Dude in Me – while a little abrasive and curt at times – is a film with a very charming heart. 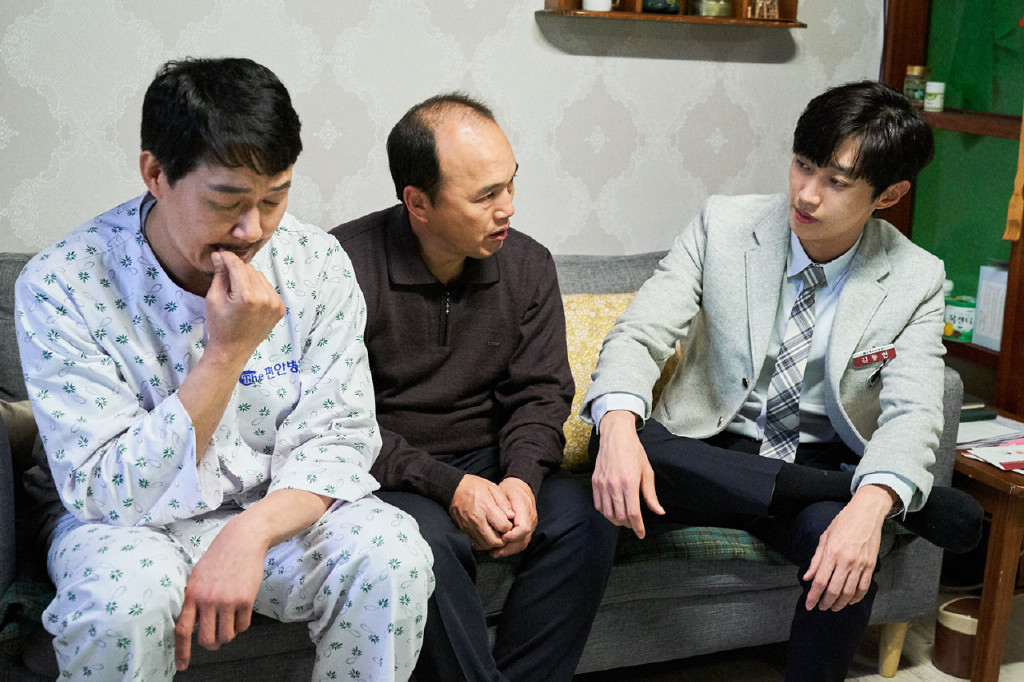 Directed by Kang Hyo-jin, The Dude in Me is hilarious because of it’s overblown physical acting, far-fetched storytelling, and irreverent take on Korean honorifics and a system of respect based on age. Accustomed to being seen and treated as a respected criminal businessman in his 40’s, Pan-su struts around in Dong-hyun’s form as a cocky, cool and indifferent teenager. He drops the respectful ‘yo’ from the end of his sentences, slumps in front of his school principal and barks orders at his peers without blinking an eye. Dong-hyun, on the other hand, is a socially anxious teenager who’s used to respectfully addressing teachers and being towered over by bullies. He mulls around in Pan-su’s body nervous, stuttering and profusely bowing to all his inferiors. This disrupting of age-based expectations is a funny and light-hearted, self-aware crack at Korean customs. The Dude in Me also implements some wonderful physical acting and impressive stunts as we see a teenage Dong-hyun smoothly fights off ten gangsters at once while a full-grown Pan-su cowers in the corner. 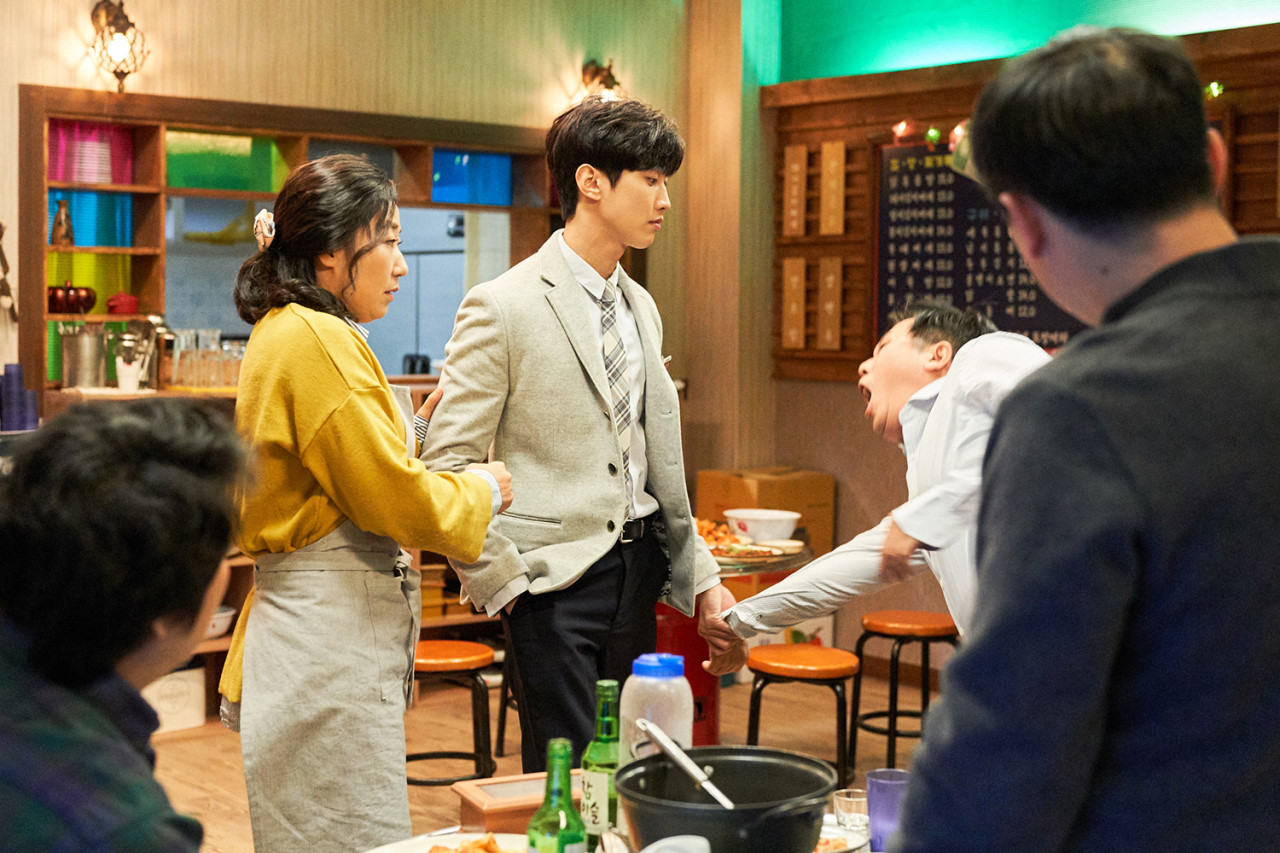 However, there are times with the The Dude in Me falls flat with its jokes. The constant mockery of Dong-hyun’s weight – including a real-life fat suit – feels very tedious and outdated. Pacing in itself also seems to be a problem within the film. Park Sung-Woong’s acting chops feel although they’ve gone to waste as Dong-hyun wakes up as Pan-su in the film’s third act – leaving little screen time for Woong’s priceless portrayal of a confused Dong-hyun. Although firmly a comedy, the Dude in Me tries to rear off down a thriller-action root halfway through the film – leaving the film feeling muddled and confused. Gangster types and subplots are thrown around with vague explanation and little depth. Whilst an admirably ambitious attempt at livening up a classic comedy, such plot points don’t feel smoothly interwoven or at all developed. This quick interjection of other genres not only feels rushed but adds a fair chunk to the film’s runtime, leaving the film feeling split in two and overly long.

The Dude in Me roots itself as a bright, charming but undoubtedly misled take on the strange unfolding of fate. Filled with spectacular performances and comical one-liners, The Dude in Me is a fun but not necessarily ground-breaking take on the body-swap classic.