Sesang – translated as the Korean word for ‘world’ – follows the lives of two twenty-something creatives Nari (Kim Jin-young) and Han-chul (Han Jong-hoon) as they try to navigate their own separate careers after falling out of love. The former lovers reunite after a year apart when Han-chul visits Nari in New York, where Nari lives as a working actress. Han-chul on the other hand, has just arrived from Tokyo where he’s working as a freelance documentary filmmaker. Focusing on the millennial dilemma of love vs career, Jules Suo delves into the what ifs and whys of contemporary dating. Revolving around the frustrating and confusing ‘in-between’ moments of life, Sesang is a quiet, contemplative piece reflecting on existential dread and tangled paths.

Journeying across the world to separate from and reunite with each other, Sesang is a romantic piece all about growing distance and dwindling time. Reuniting in New York, Han-chul and Nari discover that a lot has changed between the two. Without enough time to grow accustomed to each other’s new personas, Nari and Han-chul struggle to rekindle their love. Nari and Han-chul’s relationship is assumed to have broken down due to Han-chul’s lack of commitment and nomad nature. A self-declared minimalist, Han-chul prefers to travel with as few possessions as possible and never stays anywhere longer than six months. While individuals like this like to think they are living in a bubble of no responsibility and no strings, their flickering in and out of people’s lives certainly ends up having an effect on those who need them most. This is the case with Nari, who grows increasingly annoyed with Han-chul’s forced aloof and ‘cool’ nature. Han-chul treats Nari’s apartment like a hotel. Throwing his bags on the floor and rummaging through Nari’s cupboards without so much as a ‘hello’. It’s evident that Han-chul is someone who takes Nari’s kind nature and patience for granted. The final straw is when Han-chul announces to Nari he’s going to Berlin for work. A slight miscommunication stirs up a conflict when Nari assumes Han-chul has known about his change in work schedule for ages and has just not bothered telling her. Although this isn’t the case, Nari has grown tired of Han-Chul’s lack of consideration or enthusiasm for their relationship and the pair go their separate ways again. When Han-chul returns to New York from Berlin, he’s surprised to find that the ever-so patient Nari has gotten tired of waiting around and left for a project in South Korea. 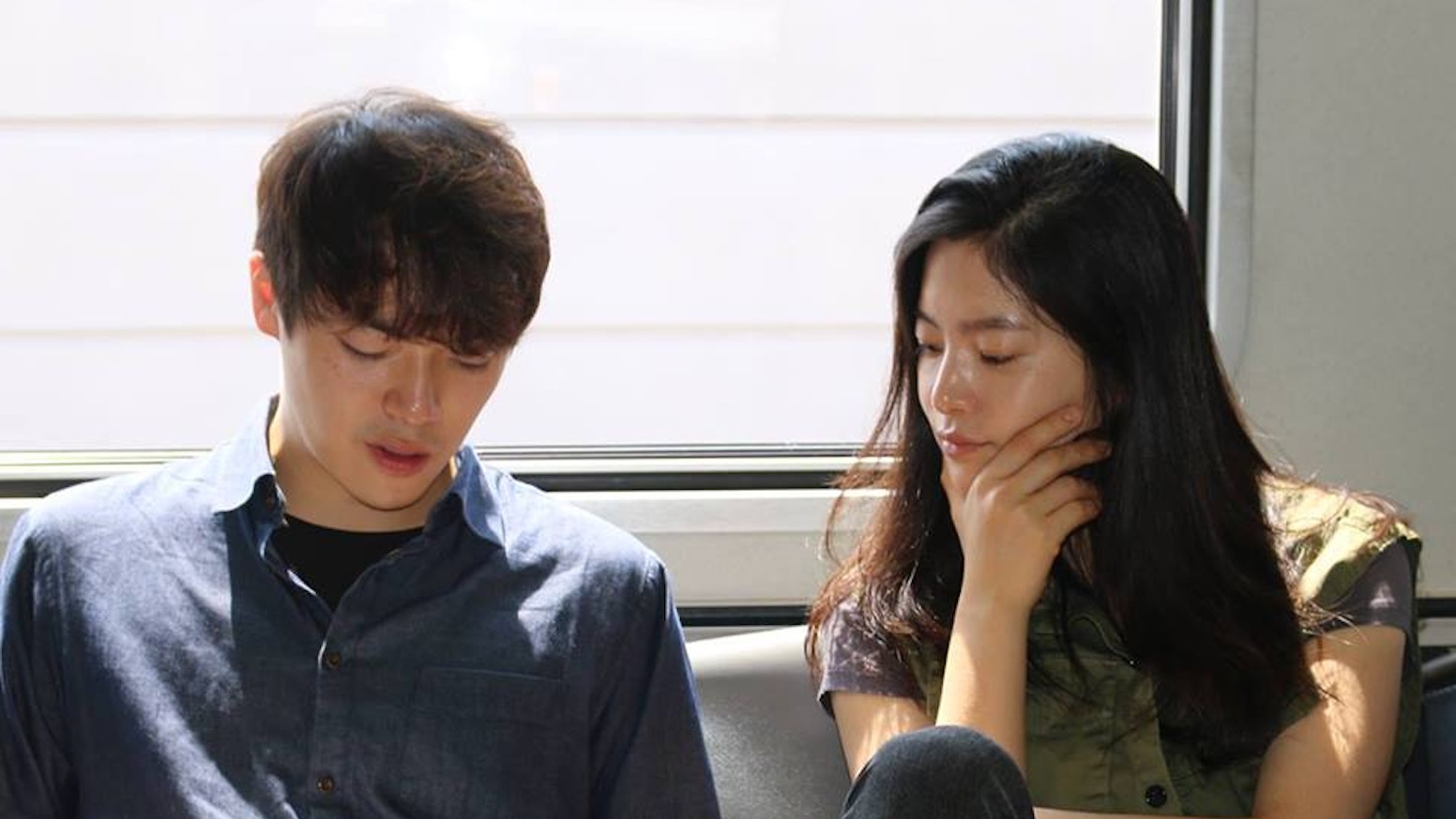 Nari and Han-Chul’s story is a tale rooted in painful dead ends and promising new beginnings and the excitement of what can happen when you simply let go. The film predominantly gazes upon on Nari’s life as a struggling actress in New York. Filmed through mostly long takes and a stagnant camera and painted in muted blues and greys, Nari lives a very dormant and lonely life. Stuck in an awkward phase of living off cheques from low-budget and unfulfilling dramas, Nari’s stranded waiting for something better. Her concerned mother offers to send money from Korea but Nari refuses, not wanting to feel like a burden. Suo excels in her ability to understand each and every behaviour exhibited by her characters. Armed with empathy and a realistic approach to her character’s flaws, Suo directs Sesang to be a low-energy homing in on the stranded and directionless individual who refuses to ask for help. Although it’s difficult to do so, Nari eventually learns a lesson about all the opportunities that can occur when you let go of that which is not serving you anymore.

Sesang is an insightful example of how time and distance changes individuals and the relationships they embark on. Opening up a whole host of questions about the reality of relationships, it’s a film about individual freedom and commitment – how much exactly do two individuals owe to each other? And how so does it inflict on their own personal freedom in the world?