Tucked up in their dorm beds, sandwiched between lumpy mattresses and itchy blankets, South African soldiers are swapping stories. One of them starts to tell the story of two soldiers found kissing in a bathroom stall – ‘Moffies’ they’re derogatorily named. After being caught the pair are dragged out and thrown in front of their fellow soldiers, who proceeded to beat them with pillowcases filled with gun parts. Silently listening to this story with bated breath is teenager, Nicholas (Kai Luke Brummer) who’s been questioning his sexuality ever since he was a child. The year is 1981 and South Africa are at war with a communist-backed Angola; every white male over the age of 16 must complete compulsory military service. These soldiers, in particular, are training to be sent to the central conflict at the border. Supervised by merciless drill sergeants, submerged in a gruelling training regime, and surrounded by the constant fear of being found out – Nic grapples to conceal his sexuality and the fact he is living in constant agony and anxiety. In competition at this year’s BFI London Film Festival, Oliver Hermanus’ fourth feature Moffie is an intense, uncomfortable but paramount look at South Africa’s vicious history of apartheid, military brutality, and systematic homophobia. 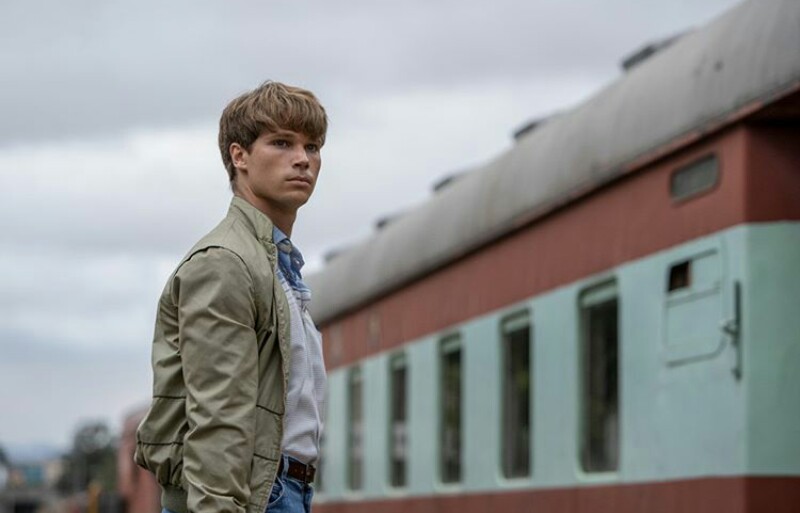 Trying to keep your head above surface in a confined environment filled with young, testosterone-fuelled men constantly trying to outdo each other is no easy feat for young, quiet Nic. He manages to fit in by keeping his head down, trading porno mags and reluctantly joining in on play fights. Yet still, deep down there remains an innate, irremovable discomfort. He’s amidst rowdy soldiers who throw bags of sick at black men and sergeants who refer to you as ‘scabs’ and will send you the dreaded ward 22 – an inhumane mental health ward – if they find out you’re gay. Amongst this noisy hellscape of violence, toxic masculinity and constant degrading, Nic finds a softness in his relationship with fellow soldier, Dylan (Ryan de Villiers). After one long night of digging trenches in torrential rain, they strip from their drenched uniforms and huddle together in an attempt to find warmth. It’s not much but it’s a sign of familiarity and connect within the dog-eat-dog world of institutionalised homophobia the pair both reside in. There’s little room for freedom of expression for Nic. Dancing in neon-lit nightclubs might help him let loose and temporarily forget his troubles but his real sense of freedom comes after a short kiss with Dylan. He walks out his barracks smirking to himself, harps swooning in the background – the only time in the film that music isn’t used as a source of great anxiety. Naturally, such joy is short-lived but it’s an image of naïve hope that sweetness can perhaps internally prevail even under a crushing authority. 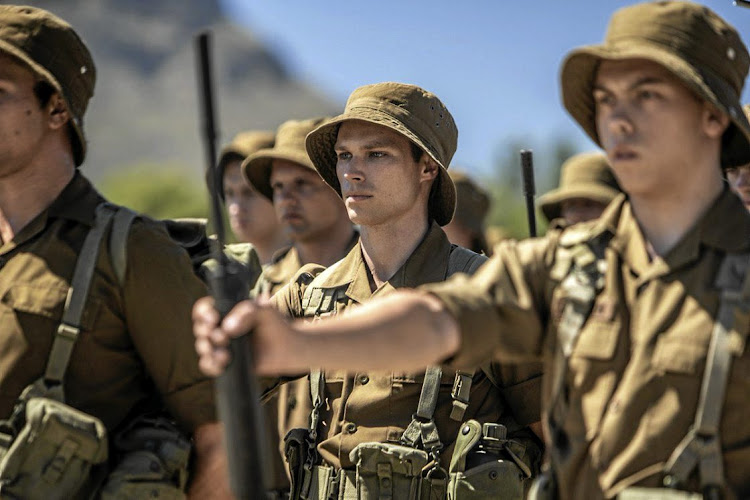 Hermanus excels in formatting anxiety and fear onto the big screen. Whether it be the constant, harsh plucking of violin strings, or a shaky camera following soldiers as they yanked off trucks, ordered to strip, yelled at with profanity, and dragged kicking and screaming into army initiation. He whips up the constant state of anxiety that war is – but not so much towards war itself but towards the ruthless mental and physical torment you suffer in preparation for it. Hermanus creates a subtle yet discerning look at hiding fear and dread. Shame and secrecy have followed Nic his whole life. Using short snippets from Nic’s childhood to show how he was humiliated for his sexuality from a young age, Hermanus manages to impressively capture a lifetime of confusion and contempt in a small amount of time. Kai Luke Brummer delivers a fantastic performance as the afraid yet brave-faced Nic navigating life as a closeted gay man in an environment set to rip him apart.

Moffie is a beautifully shot film, composed of crisp, warm tones and reminiscent of the kind of dramatic, thematically-heavy composition used in renaissance paintings. Melodramatic yet boasting elements of realism, Hermanus thoughtfully unpacks the tiring fight to conceal love and tenderness amongst ruthless, mindless bigotry. Saddening and fearful, Moffie is an intricate and powerful look at repression, desire, and unassailable power structures.