I’m Livin’ It is the directorial debut of Wong Hing Fan. It stars Aaron Kwok as Bowen, an ex–insurance broker, who it seems has been to prison for embezzlement. A frequent customer at a 24-hour fast food restaurant, clearly meant to be McDonald’s, Bowen is the focal point of the narrative, around which a variety of other characters with complicated backstories circulate. These characters include a teenager who runs away from home after hitting his brother’s wife; a retired man who cannot face the reality of his wife’s suicide; a young woman and her daughter who have been thrown on the streets by a vindictive mother–in–law after her son dies as she blames her for his death. This fresco of the lives of the homeless is based around a real societal problem that is growing in countries in Asia due to the widening gap between the rich and the poor. These people who frequent McDonald’s, staying there during the night and hoping to get some sleep, are known as McRefugees. 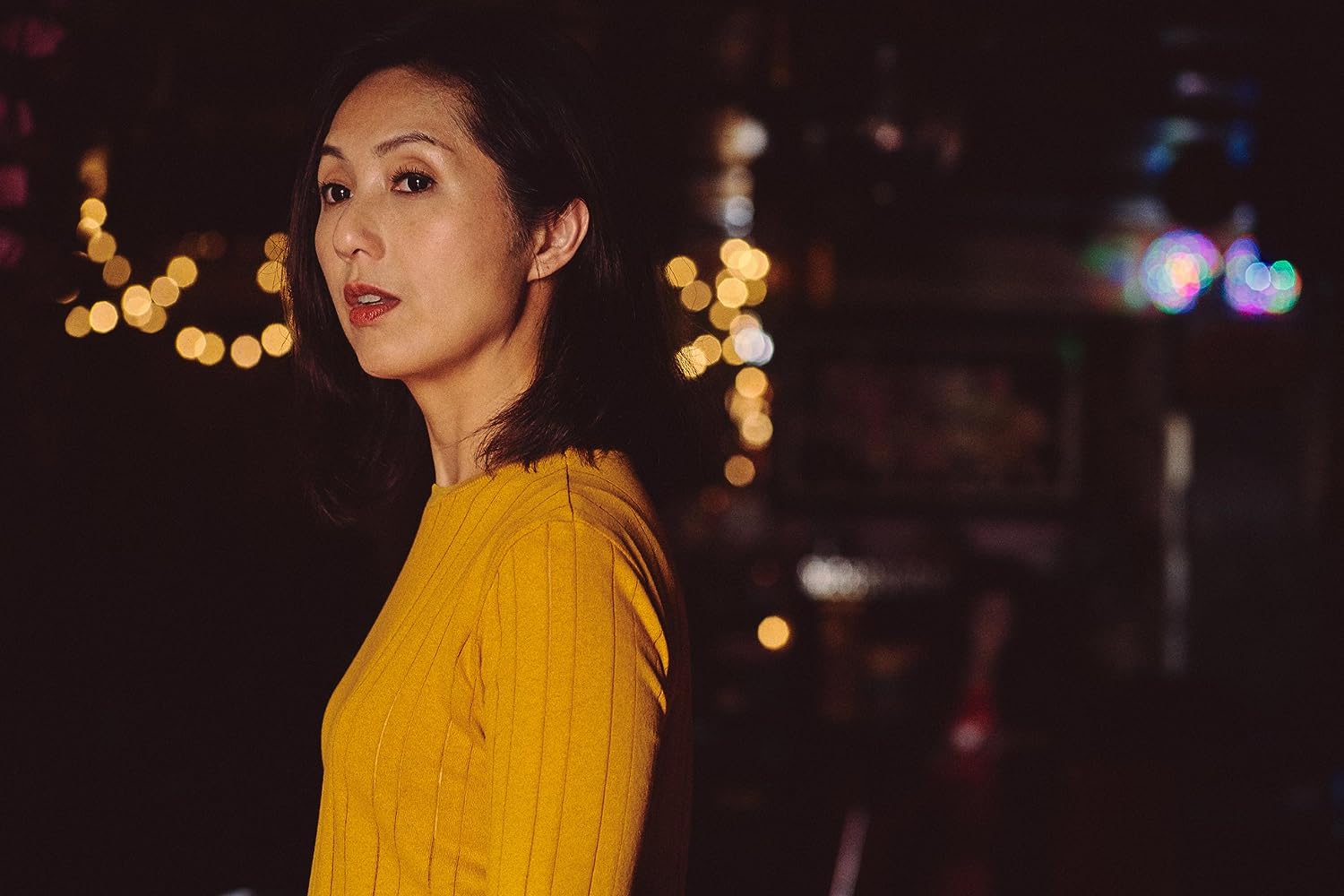 In Hong Kong, the so-called McSleeper trend rose by 50% in the three years leading up to 2018. One of the reasons for this trend is exorbitant rents together with substandard housing. However not all the people congregating in a 24-hour McDonalds outlet are homeless but rather they stay there overnight for a variety of reasons including problems at home, and an inability to pay household bills including heat and air-conditioning. These McRefugees also find refuge and community within their overnight stays. At the same time, homelessness renders women vulnerable to exploitation. Both these attributes can be found in I’m Livin’ It. Director Wong directly alludes to the exploitation of women through the character of the wife whose desperation to pay back her mother-in-law’s gambling debts, to mobster Nine Fingers, cultivates in her prostituting herself. Bowen’s subsequent rescue of her is symbolic of the community of care that exists within the McRefugee group. At the same time, director Wong details the miniature of everyday life of his group of characters without giving into overt sentimentality and melodrama although one feels that the ending was slightly contrived.

In the Q&A that followed the screening of I’m Livin’ It at the 4th London East Asian film Festival (LEAFF), director Wong talked about doing meticulous research beforehand in order to offer a sense of authenticity to the lives of his characters. Similarly, Aaron Kwok took his role very seriously and his preparation included watching videos of the daily lives of these McRefugees.

For his first feature film, director Wong shows himself to be a talented and insightful director. He uses the camera to create an empathetic relationship between the characters onscreen and the viewers off-screen. Each shot is motivated and adds to the documentation of the daily lives of Bowen and his group of McRefugees. He also uses space in a way in which mirrors the internal turmoil of his characters, their relationships and their position in society. For example, he uses a bench to signify Bowen’s emotional and physical estrangement from his family. Bowen’s mother is very ill and she wants to see her son before she dies. However his shame about his criminal past renders Bowen unable to visit his mother until it is too late for both of them. Early in the film, Bowen is shown with his sister sitting on the bench as she tries to convince him to see their mother. One of the final shots of the film is of the empty bench. Perhaps this means that we should not be ashamed of our frailties and instead make amends before it is too late. For a film about the life of the homeless this is not a film devoid of hope. Indeed the ending in which characters move on to more normal lives suggests that there is a way out of even the most seemingly hopeless cases.

All the cast acquit themselves well. Aaron Kwok is a revelation playing a part that is against type. He is convincing as Bowen who uses his life both metaphorically and literally to help others. His performance is nuanced and contained, never plumbing the melodramatic depths that it could have. Cya Lui is convincing as the young mother who refuses to give up on her mother-in-law even though it is her fault that she and her daughter are on the streets. The other standout performance is Miriam Yeung as Jane, a nightclub singer who is in love with Bowen and has stayed working in second rate clubs just to be close to him. Like Bowen, Jane chooses to invest in others rather than give in to her own needs and desires. The self-sacrifice by the individual for the needs of the wider community can be read as an open plea to people not to ignore those that are less well off and instead hold out a helping hand. In these terms the value of a life can be understood in terms of how that life is lived through its relations to others. Indeed, in the Q&A director Wong voiced the hope that his films may make the invisible visible for those of us in the wider community who should try and do what we can to help them. Of course, the reasons behind homelessness are complex and governments need to take responsibility for the poverty that leads people to live on the streets. This can include, for example, providing proper community support for people with severe mental health problems and/or addictions. Homelessness is not a matter just for individuals but rather must be embedded within the wider community as well as being culturally located and its rise needs to be understood as directly related to the rising economic gap between those that have and those who don’t in an age of austerity.

The film also needs to be situated within its wider context. Although Hong Kong was formerly returned to China by the UK in 1997, this return has not been a happy one for many. The protests that we are seeing now are a result of China attempting to force Hong Kong to give up self-regulation and instead be regulated by China. This relationship between Hong Kong and mainland China is known as “One Country, Two Systems”. The return to China has had a negative impact on Hong Kong’s film industry, as the censorship laws in China make freedom of expression difficult. In addition, if directors fail to stick to these strict regulations then it is unlikely that they can find funding to make the film or distribution afterwards. While Hong Kong cinema was shot in Mandarin and then dubbed in Cantonese for mainland Chinese release, contemporary Hong Kong cinema is primarily shot in Cantonese and then dubbed in Mandarin for local exhibition. I’m Livin’ It demonstrates that Hong Kong cinema is still vibrant and has a clear identity outside the mainstream Chinese cinema despite these restrictions. During the Q & A a member of the audience asked a question in Mandarin, the native language of many Hong Kongers. The translator had to ask the audience member to repeat the question in either Cantonese or English although it was obvious that the director and star had understood it. This is a clear indication that the conflict between Hong Kong and China, here understood in terms of the cinematic landscape, is never far from the surface and is embodied through forms of reception and interpretative frameworks.

I’m Livin’ It is an important film and deserves to be shown to a wider audience outside of film festivals. The film has a crucial message about caring for your community and there is no doubt that it raises the visibility of those who are marginalised and rendered invisible by the relentless progress of capitalism through which the rich get richer and the poor get poorer.